Week in the Yorkshire Dales - Day 5

The Wednesday of our holiday was a really busy day! We had a cooked breakfast at about 11am and set off out after twelve. We were planning to go look at Aysgarth Falls, Hardraw Force, and to go through Askrigg because that's where we spent our honeymoon in 2005. However, there had been a lot of rain overnight and several roads were flooded. We ended up looking briefly at the Falls, not getting to the Falls at all, and then went to the Wensleydale Creamery in Hawes to look round the museum. The rain didn't let up for most of the day and the rest of the week was really wet too.

There are two falls at Aysgarth Falls, one upper and one lower. The upper one is a bit of a hike but the lower one is just right on the bridge so we stopped to look. It was really full, a lot of water swirling over it. It looked vicious! We then tried to drive up to Hardraw Force, going through Hawes to do so, but the road there was blocked due to flooding, so we decided we'd go to Hawes for the creamery instead.

The creamery was really good. There's a well-stocked gift shop and a restaurant and a self-service cafe. The museum itself is about £3 each to get in, but it's worth it. There's a lot of the history of Wensleydale cheese and of the creamery, which was started when a previous dairy got sold. There's a Wallace and Gromit display and then you can see into the factory itself and see where they are in the cheese making process. You can pay extra for a demonstration of them actually making cheese in a small room, but we didn't bother with that.

Then we went into the cheese tasting room which is AMAZING. There are honestly like thirty different types of cheese to try, a lot of Wensleydale ones and some other ones too. Lee doesn't like cheese, can you believe? So he didn't try any. I, however, tasted ALL of them except for a couple which had things like pineapple in. It was amazing, I was incredibly impressed. I bought some oak smoked Wensleydale which was really nice.

After the creamery we went to Askrigg, which is a really tiny village but it was nice to see it again. We could even see the apartment where we spent our honeymoon. From Askrigg we could drive to Hardraw Force on a different road, which was still very wet even if not totally flooded. We decided to not walk up to the water because the path was too slippery. We did however head up very high and looked at the waterfalls coming off the hills and at one point coming through a drystone wall! It was a little bit terrifying at times.

We headed back to Aysgarth to have cake in the tea room near our cottage which was open on this day. It was nice, but the owner was a bit dour. I did buy three books in there for £1.75 each!

In the evening Lee made pan haggerty. It's a traditional north east dish that has a lot of variations. Lee makes the Northumberland variation which doesn't have meat in but is just onions, potatoes and cheese. He only ever makes it on holiday because it takes forever to make, but it's so delicious and well worth it. I can't remember what we ate with it?

Lots of photos from this day! 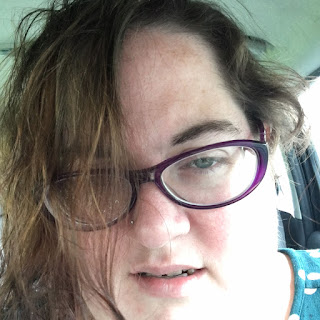 I had respectable hair when I left the house, I walked literally over the road and looked like this when I got in the car. It was blowing a hoolie! 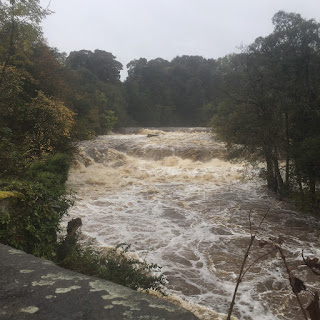 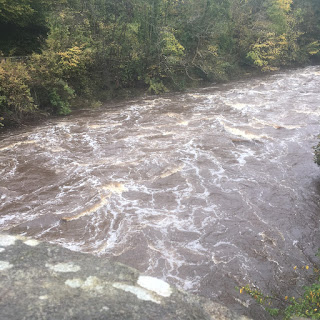 Other side of the bridge to the above view 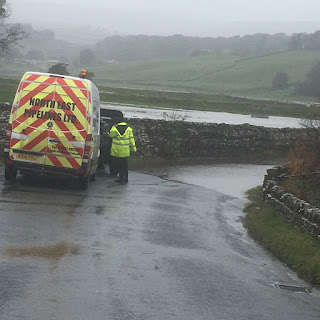 This was the road to Hardraw Force from Hawes, but as you can see we had no chance of getting through 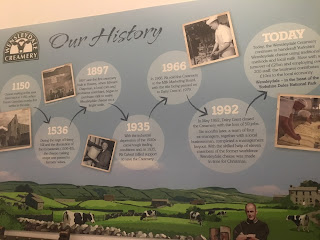 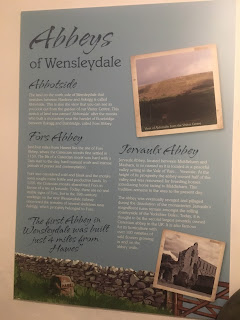 You might remember I went to a Butter Museum in Cork in Ireland last year, well the cheese museum was almost as good but not quite 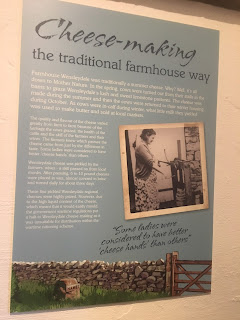 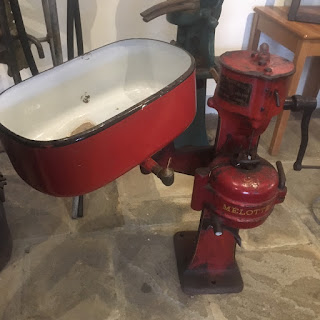 A cheese press, I love old equipment like this 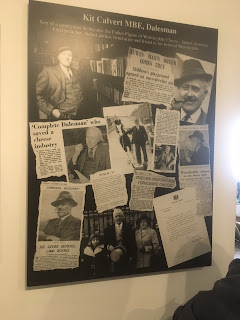 This guy is a local hero! They make a blue cheese named after him 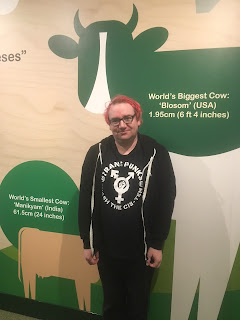 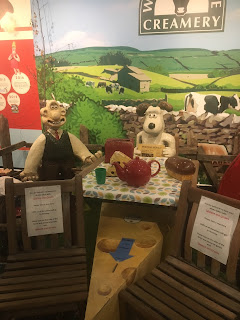 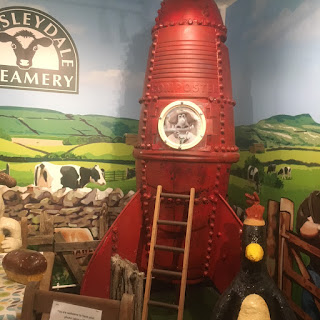 I want to watch the films now 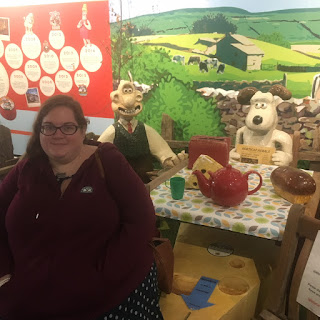 Me and Wallace and Gromit 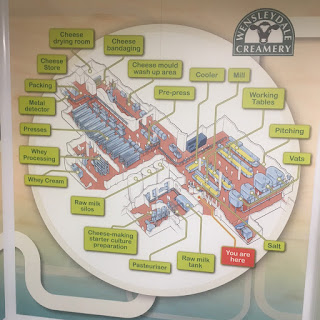 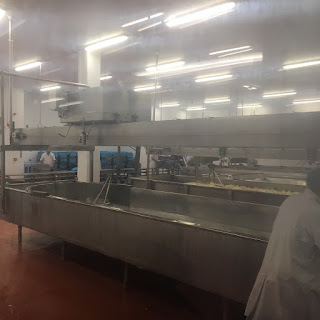 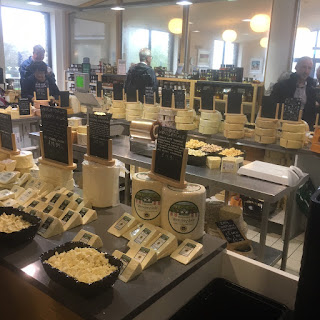 HEAVEN! The cheese tasting room. Everyone went round in a nice neat line 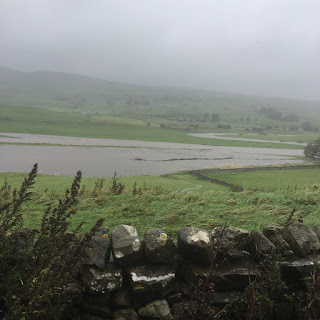 Flooding across the bottom of the valley 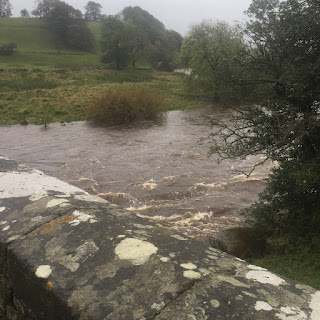 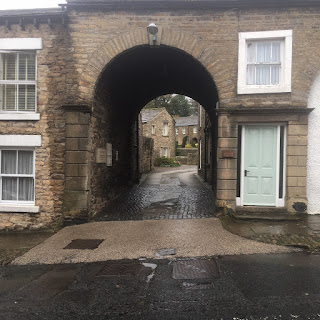 This is where we had our honeymoon, in the window to the right of the archway. The door wasn't ours, our door was about halfway along the archway passage 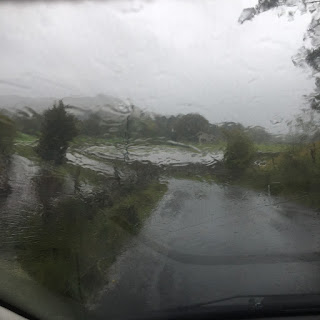 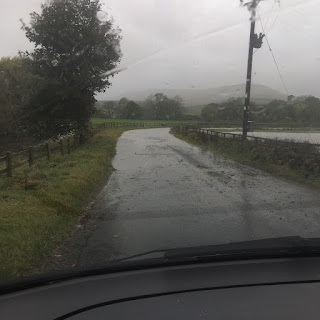 More flooding, I think we managed to get through this bit 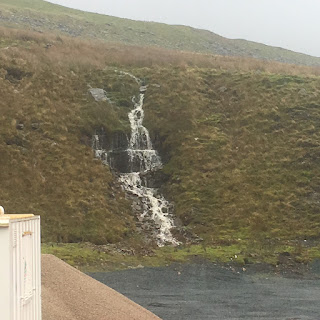 A waterfall that wasn't there when we went back another day 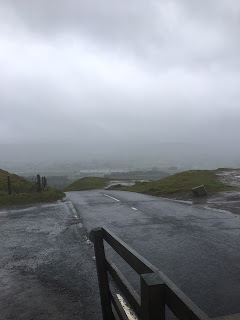 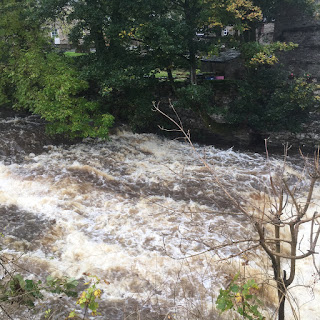 I think this was the river in Bainbridge 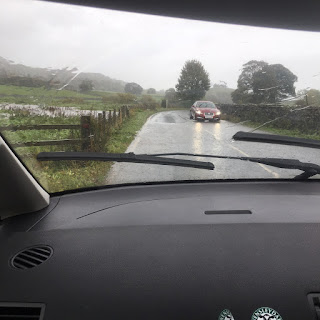 We only just managed to get through this one 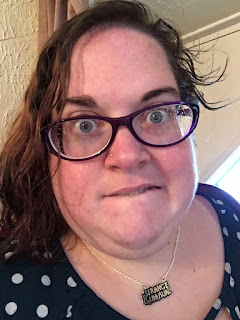 And again, I only walked a few metres down the street and ended up drenched!