On the 10th of April it was ten years since my dad died, it was really upsetting me as it feels like so long has passed and also like it happened just yesterday, so I wanted to do something to mark the occasion. I've thought a lot about my dad's suicide and what happened consequently, and about how it changed and shaped my life. I miss him every single day and wish he was still here. Suicide is a really permanent solution to temporary problems.

I don't like to go to my dad's grave very much, because I don't feel he is there. I prefer to go somewhere that I've been with my dad, like I always remember him when we go to Scarborough because he really loved it there. He also really liked York - we used to stay in the caravan near there loads when I was younger. So we decided to go to York for the day - me, Lee, my mum, and my stepdad.

We set off quite early and parked the car at the caravan site where my mum's caravan lives, the owner was nice enough to let us park there. It's cheaper for four of us to get the bus from there into town than it is to pay for five hours of parking (parking in York is really expensive!). We got the bus just after eleven and walked from Stonebow along Colliergate, then down Goodramgate as Lee and I wanted to go in The Travelling Man comic book shop, and Earworm Records. We didn't actually buy anything, but it was nice to look in both shops, especially as we found York Zine Library upstairs in Travelling Man.

We then went straight to Betty's because it was almost lunchtime and we knew there would be a queue. My dad liked to go there, so we thought we would go. We queued only from the door to inside, but we were still waiting around half an hour. The queue got really big behind us, though!

I had Yorkshire rarebit which is my go to dish there, I love how cheesy it is. Then for dessert I had a giant raspberry macaron with raspberry buttercream and fresh raspberries inside it. It was lush! My mum and I also had a glass of pink champagne each and drank a toast to my dad.

After lunch we walked down Stonegate and went into the front of Evil Eye where they sell a billion different types of gin. I don't even like gin! But my stepdad bought himself some that he wanted to try. Then we cut through past Barley Hall and walked along Low Petergate. A friend of Lee's lives in York so we decided to meet up with him in The Last Drop Inn for a drink. We stayed in there quite a while, then got the bus back to the caravan site to get back in the car.

We'd have probably stayed in York longer and had some food there in the evening, but we had to get back to look at Lee's new car. We were picking it up the next day and the Car People make you do like a pre check before you pick it up. So we went back to Wakefield to do that, and then decided what to do for food. I fancied curry, so we went to Red Chilli II on Kirkgate. I've never been before, but everyone else had - my stepdad had his stag do there in 2010. I thought it was delicious - really nice food. I had paneer pakora to start with and then a Goan chicken curry for mains. I took photos of my food but the lighting was really purple so the photos don't look right! My dad liked curry a lot, so it was very fitting.

After food we went home, but I had a really lovely day and I think my dad would have enjoyed it too!

This is my dad! I love this photo, it is stuck on the wall next to my desk so I see it every day 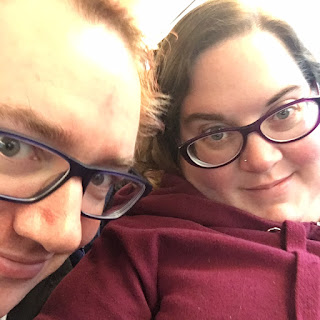 Lee and I on the bus. It was absolutely throwing it down on our way to York and on the bus, but then it dried up thankfully 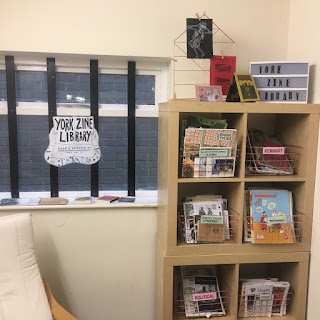 York Zine Library! Lee and I stayed a little bit and I read a couple of zines, and of course I recognised lots by friends of mine 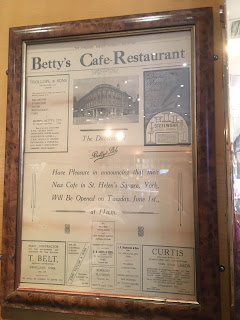 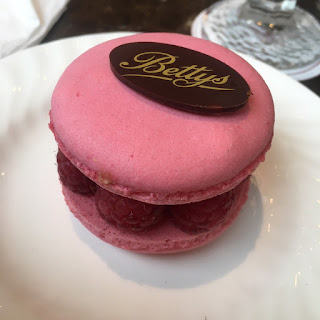 My delicious macaron, all their food is good though 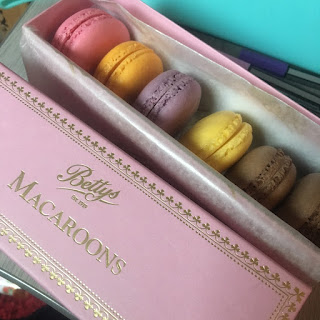 I bought myself some macarons to bring home, in this gorgeous box which I may have to keep for pens or something. I've got raspberry, mango, cassis, lemon, and two chocolate ones. They do gooseberry too but I didn't fancy that one!