I was happy when I realised 18th July was Photo An Hour because it was the wedding day of one of my oldest and best friends! I have known Gillian since we were at 6th form college together in 2000-2002. There's a group of five of us who are still friends; we meet up every Christmas, and sometimes twos or threes of us get together. We all managed to be at the wedding which was so amazing. I love these girls, I trust them so much.

The wedding ended around 4pm as Gillian and her new husband Tom are Mormon and went across to the Mormon temple in Preston to have part of their wedding there. I then went to Sheffield to get a train to London, where I was staying ahead of attending the Young Adult Literature Conference on Sunday. It was a busy day! 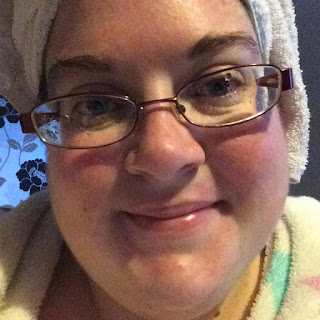 9am post-shower shot. I think all my Photo An Hour posts start like this 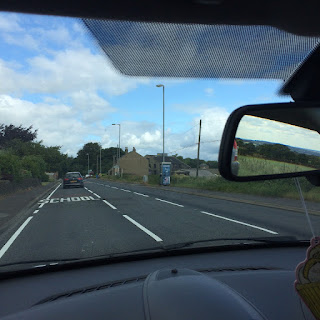 10am, on the way to Huddersfield on the back roads. 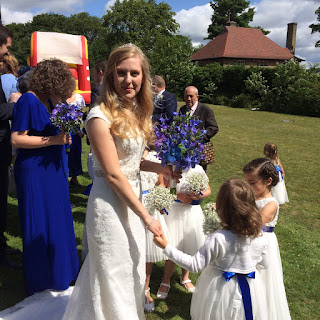 11ish - slightly late as 11am was spent in the church, where no photography was allowed. This is the beautiful bride and several of her army of small bridesmaids. 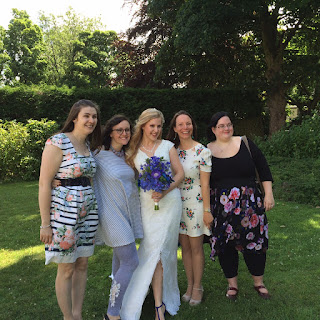 Noon ish and these are my Greenhead girls! (That's the college we went to). Michelle, Amy, Gillian, Ailsa and me. Ailsa was one of my bridesmaids. 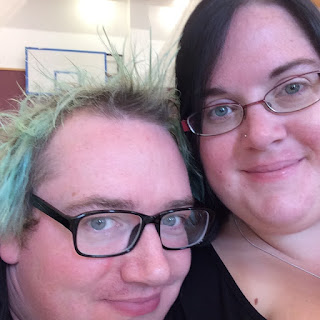 1pm and here's Lee and I during the meal. 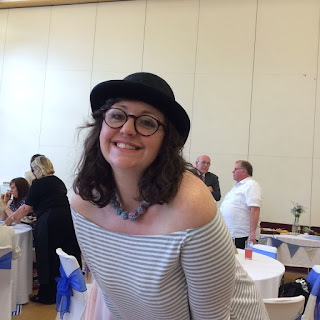 2pm, Amy had been playing in the photobooth and was very taken with this hat 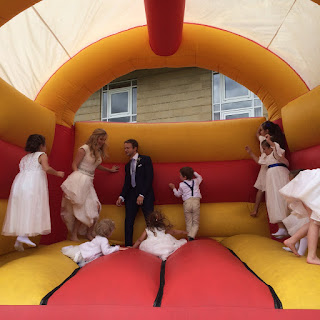 3pm and here's the bride and groom on the bouncy castle! 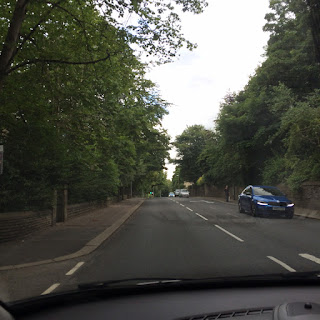 4pm and this is on the way from Huddersfield to home... 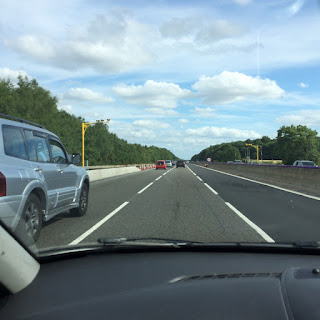 5pm ....where I got changed very quickly and then headed out to Sheffield. 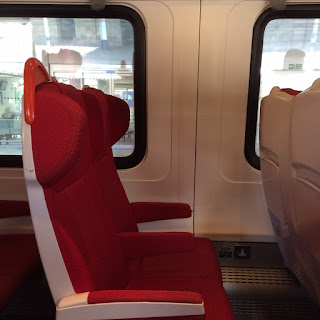 6pm and here's my train! 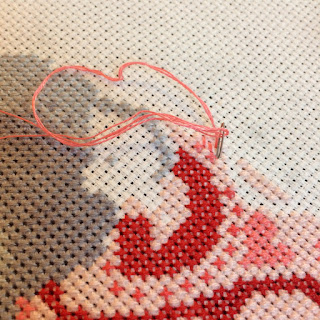 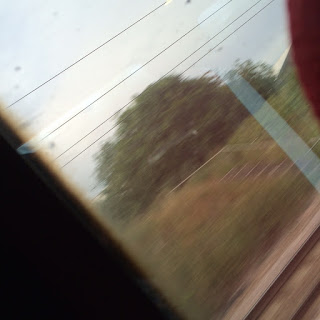 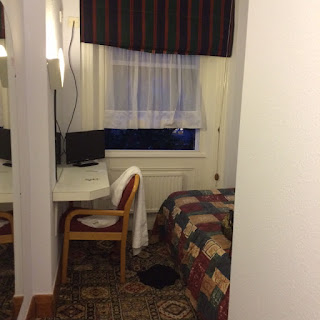 9pm and I was at my hotel in Earl's Court. It was simple, cheap, comfortable enough. The blind didn't work though, which meant the sun flooded in early. 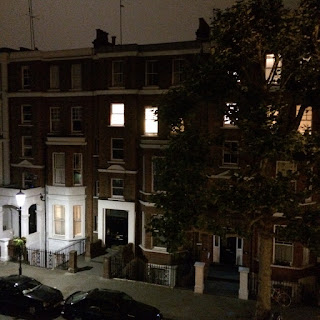 10pm and this was the view from my room. This was very expensive part of London! 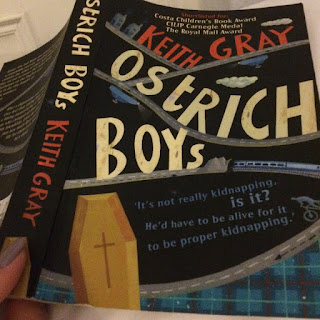 11pm and I was reading my book before I went to sleep. I couldn't get into it so had given up on it, but when I concentrated I actually really enjoyed it!