Night Out in Huddersfield

In May I had a night out in Huddersfield with Sam and Steph. After our weekend away in March, we said we should get together in Huddersfield and have food and some drinks. We decided on the middle of May and decided to eat at Med One, which is one of my favourite restaurants.

Steph and I met at 4pm and went into the Byram Arcade to go to Crafty Praxis. I've never been before, but I follow the shop on Instagram and know a few people who have their stuff stocked there. I bought a couple of things but one is a present so I won't show pictures! It's a really lovely place and I'd recommend having a trip there if you're ever in the area!

Then we went to Med One and waited for Sam. The food is Turkish/Greek style, and it's absolutely delicious. Really yummy and you get loads for your money. I had labneh to start with - yoghurt combined with mint, chilli seeds, coriander, and oil, and served with a flatbread to dip in. It was yummy. 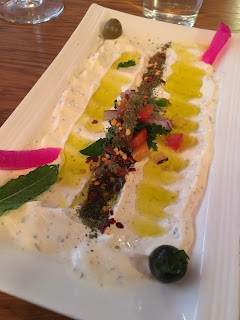 Then I had chicken shawarma, which was gorgeously spiced. It came with rice and garlic dip. I nearly always have either this or the lamb shawarma at Med One because I just like them so much. 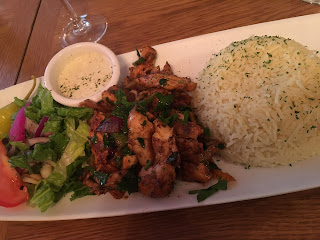 We had a bottle of Prosecco to share in the restaurant.

Then we went to Vox, which I've been in before. It's owned by a friend of a friend and it's a pretty nice place. They play good music, too. The first cocktail I had was a Bubblegum something, and although it was okay it wasn't spectacular. 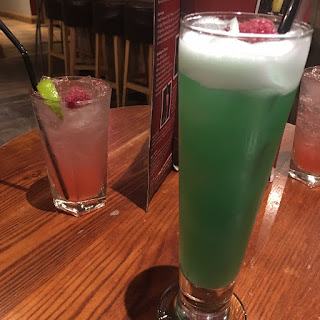 It was a really pretty colour though. 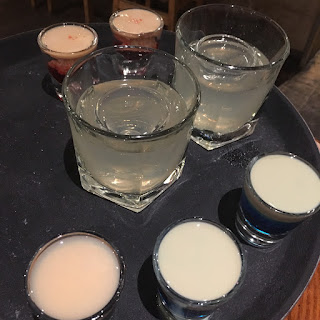 Then we had a bunch of shooters, they were so bad but also so good. The ones in the middle were interesting - they had a shot of tequila in ginger beer and were actually really nice!

Then we went to Zephyr which is a prohibition style bar that I've not been to before. We sat on the mezzanine which was fun. I had an amaretto sour for the first cocktail, which the barman set fire to! It was yummy. 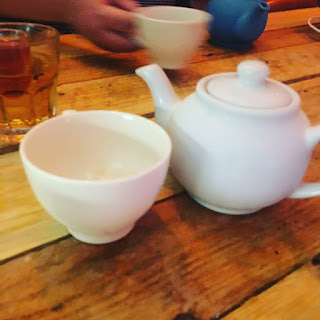 Then I had a Kentucky Pear which came in this cute teapot. It was interesting - bourbon, pear liquor, and apple juice. I might have to try to make this at home! I wonder where I can buy pear liqueur from? 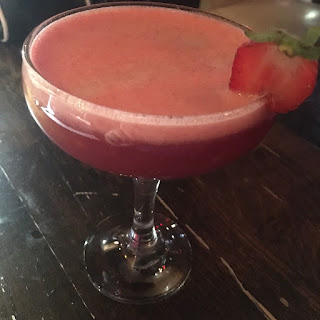 We then moved on to Huddersfield Cocktail Club which is a secret kind of place and has somewhat of an Alice in Wonderland theme. This was a raspberry something or other, it was nice but quite sharp. 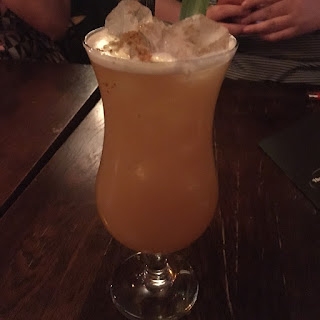 I don't remember what this was called but it was lots of rum, Tia Maria, and pineapple juice. It was nice and refreshing.

By this time we were almost ready to leave to get the last trains home. It was not even 10pm but it had suited me fine because all the bars we went in weren't too busy which is better for my anxiety. I had such a wonderful time just having fun with my friends. We're definitely going to do it again! 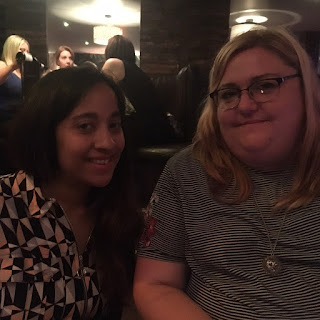 And here are my lovely friends! Thanks girls!