My final post about our weekend away! After we'd been to the Industrial Museum we drove to Keighley, drove around forever and a day trying to find a pub, eventually found a Wetherspoons to eat in, and then went to the train station, where we got on the Keighley and Worth Valley Railway's steam train! We got an entire section to ourselves, with plenty of room to stretch out and also proper old fashioned windows to look out of. We leaned out a bit, but not tooooo far.

The train goes around five miles between Keighley and Oxenhope, stopping at Haworth (home of the Brontes) and a couple more stations. We went all the way to Oxenhope, where I barely had time to go to the loo before it set off back again. You can get off and on as much as you like, but we were just in it for the train - we might go back in the summer and get off in different places though! 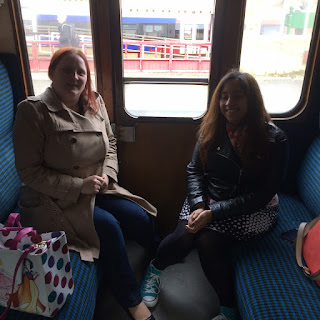 Jacqui and Sam in our compartment. 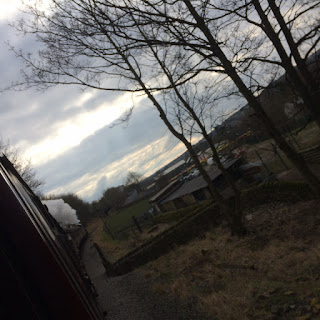 Trying my best to get a picture of the steam - it had clouded over since earlier in the day which made it difficult! 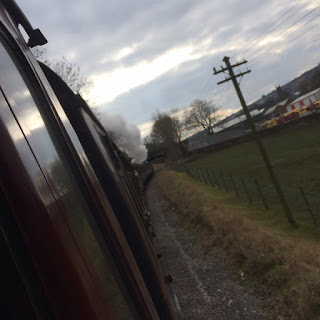 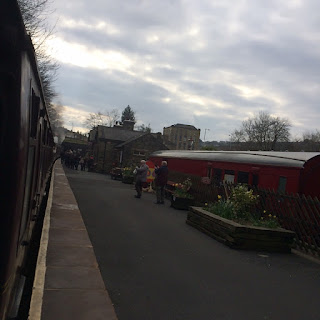 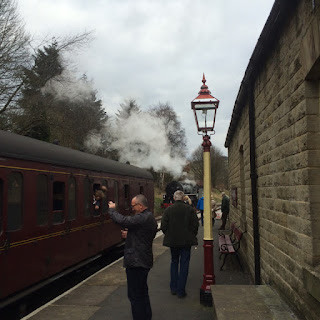 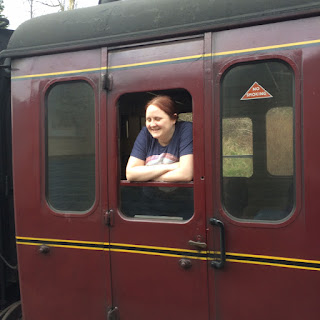 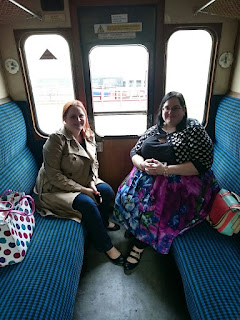 Sam took this photo of Jac and me 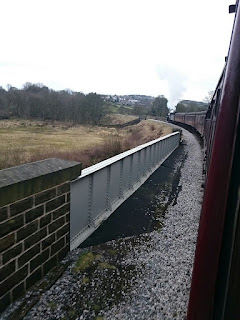 And she got this lovely shot of the train on a curve!

I love steam trains and this kind of journey, I've been on the one to Scarborough and I'd love to go on more!