At the beginning of June I went to Grrrl Con in Edinburgh. It was organised by Write Like A Grrrl and Fors Books Sake and was just for women. Lee and two friends came with us and we camped in Musselburgh which was really nice even though it rained a lot.

The conference was excellent - really well organised and I got a lot out of it. There was a talk both first thing and last thing in the afternoon with everyone, and in between times we had workshops in smaller groups. I did "Writing about Sex", and "Magic Realism" on Satirday, and on Sunday I did "Pitch and Plot" and "Writing the Perfect Sentence". The joint talks were really interesting too.

Several of my zine friends were also there which was great; I met my friend Emma in person for the first time, and caught up with Laura, Rachel, Ingrid and Cherry. I also made new friends - everyone introduced themselves and was so friendly. It was a really positive space and I came away feeling really invigorated about myself and my writing. 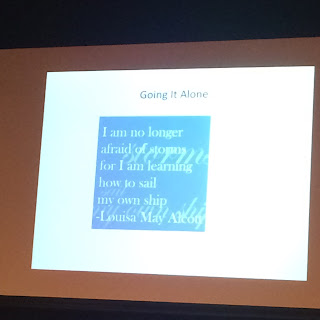 I loved this quote that the first speaker - an agent - used. 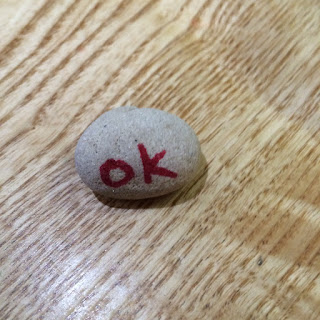 On the tables in the cafe were stones with words written on them - it was really fun to play with them! 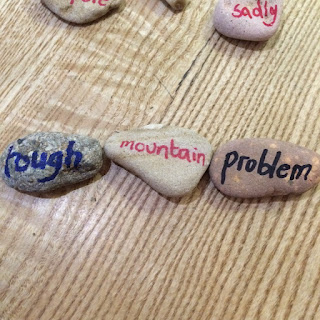 I sometimes feel like writing is this, but not at Grrrl Con! 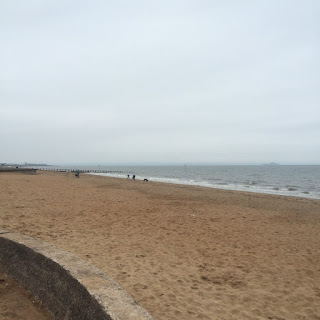 On Saturday evening Lee and I went out to find food, and went to the beach. It was cold but it was lovely to see the sea. 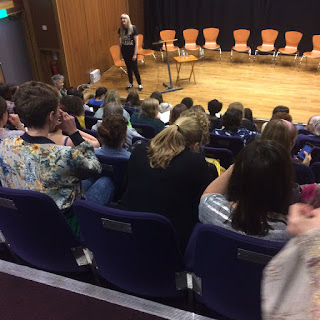 This was first thing on Sunday morning, ready for our second day. 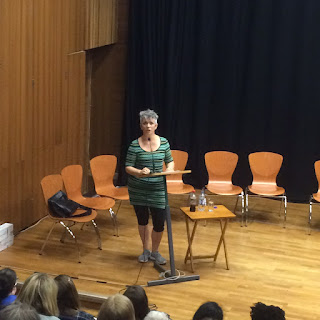 And this was the first speaker Denise Mina, she was really funny and engaging.