At the beginning of June I went down to London to stay with my friend Von. We met online several years ago and chat often on Whatsapp, although we don't see each other in person as often as I'd like. I had a really lovely time with Von and her flatmates.

On the Sunday it turned out that some Australian friends of mine were in London too so we met in Hendon Park Cafe which was near where Von lives. It was the first kosher park cafe in the UK and when we arrived the sun was shining brightly so we sat outside. I ordered the Israeli breakfast platter and a vanilla milkshake, and they were both delicious! I'll definitely go back the next time I visit Von! 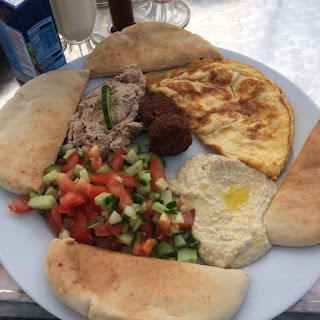 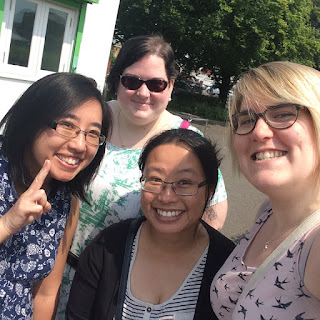 Alison, me, Judith, and Von. It was so good to meet them! 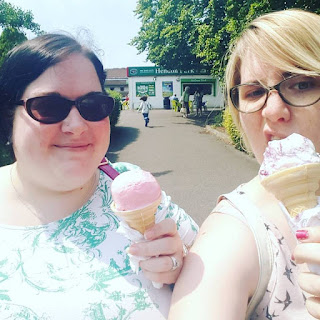 After they'd left Von and I had an ice cream each before going back to hers :)