As I said in my last post we were in France, between Angouleme and Limoges, for my godmother's wedding. She and my mum grew up on the same street so have been friends since they were kids. She's always been there for me when I've needed her, so I was really happy Lee and I were able to go over to France for her wedding. On the Friday we were left to our own devices, so Lee, my mum and I went for a drive in the middle of the day round a few of the villages. I took some quick photos. 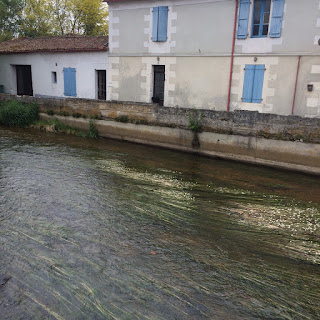 This river was so fast flowing that all the weeds were going in the same direction! 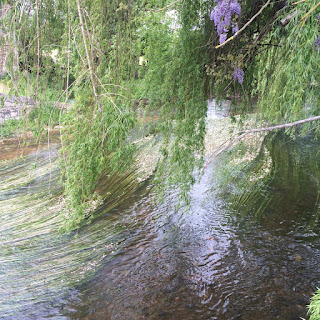 This weeping willow was just beautiful. 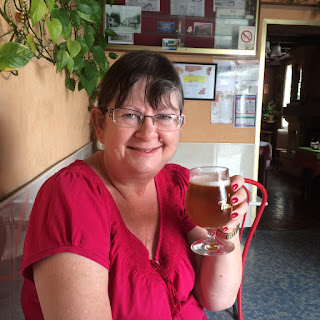 We stopped in a bar and my mum had a beer, typical! 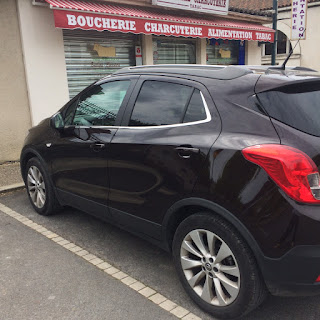 This was our hire car, an Opel Mokka and although it looks black it was actually a very dark sparkly brown. It was really nice and fancy!

In the evening we went to eat in La Toscane in Montbron which I can wholeheartedly recommend if you ever find yourself in the area! It is very reasonably priced and it was totally delicious. I took a couple of photos. 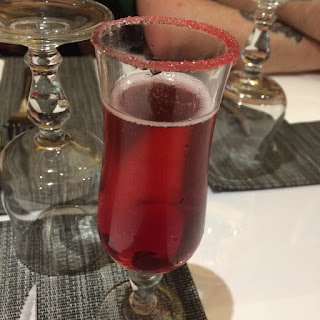 My mum and I had a Kir Royale each to start with - a cocktail made of creme de cassis (blackcurrant liqueur) and champagne. This one had strawberry flavoured sugar around the edge of the glass, it was yummy! 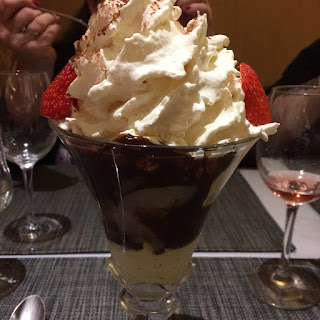 And this was my dessert - Poire Belle Helene which is bits of pear with vanilla ice cream and chocolate sauce and lots of chantilly cream.

The cottage we were staying in had plenty of animals nearby, all of whom were very friendly. 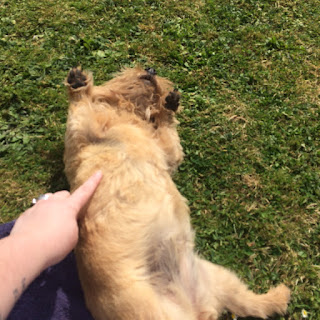 This little dog was called Chanel and she kept coming to see us and hoovered up the floor when we'd been eating! 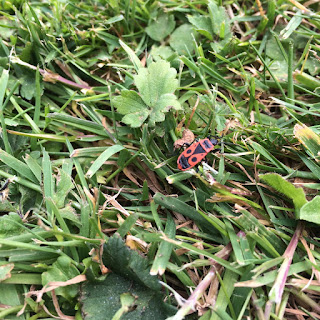 These little beetles were all over the grass, they had such an unusual pattern on them! 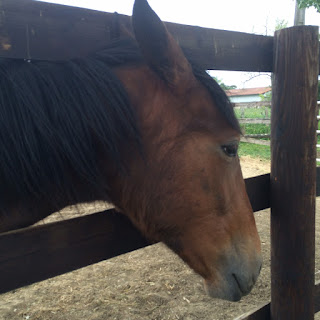 There were lots of horses, but this one let us stroke his nose and took an apple from us 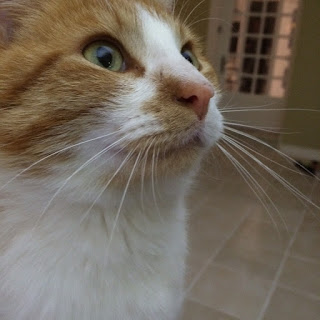 There were several ginger and white cats around but this one was the most friendly. She came right into our cottage and wanted stroking. 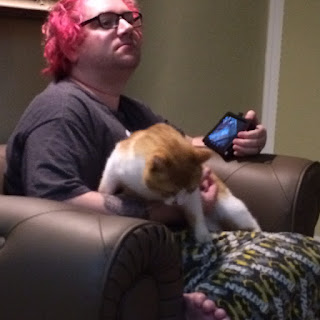 Then she sat down on Lee's knee and made herself comfortable! 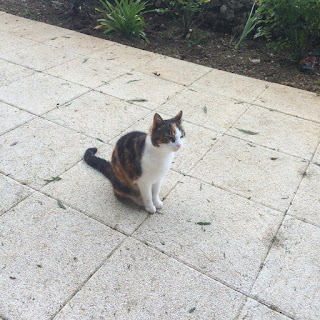 Finally this cat was very friendly and wanted her head stroking, but was more skittish than the ginger ones. I love her colouring though!