So as I said in my last post, I went to Ireland recently with my friends Jacqui and Sam. It was Jacqui's birthday while we were there and she planned the whole thing, planning a whole road trip around Eire for us. I went to Ireland almost a decade ago with my friend Laura, but we went to Dublin and then up to Northern Ireland, so I was excited to see more of the south. I've broken it down into what we did each day as we packed a lot in!

We met at Manchester Airport at around 10am on the Sunday, and checked in, then had breakfast. We were then those people drinking even though it was early, drinking bellinis! We arrived in Dublin city centre around 2pm and left our luggage at where we were staying. 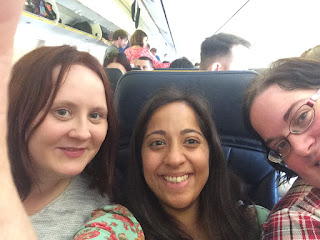 Aeroplane selfie! The flight to Dublin is so short, you'd barely have time for a drink before you're landing.

We stayed at Spencer Dock Apartments and I would recommend them, the apartment was clean and well furbished. We had a two bedroom one that was a maisonette, I liked it.

We went for lunch at Eddie Rocket's, which was a really fun and novel diner with delicious burgers and milkshakes. I'd definitely eat there again! Then we walked along to the Jeanie Johnston famine ship and went on the guided tour. The tour guide was excellent, plus it was really interesting and the ship is beautiful. We then went back to the apartment and chilled out for a while. 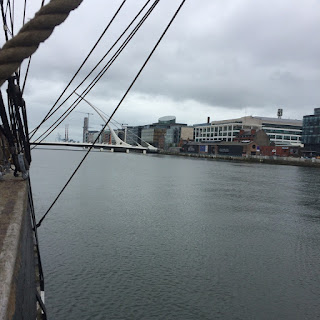 View down the Liffey 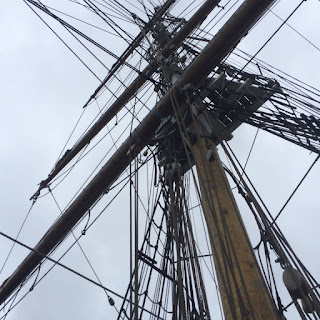 
Sam went to Dublin earlier in the year and went to a pub called the Hairy Lemon so we decided to go there for tea. I had Dublin Coddle which was a delicious broth with sausage and bacon in it. It was served with mashed potato that had spring onion in which is definitely something I'm going to try at home!

Jacqui had some Guinness and I had something really yummy called Orchard Thieves, which was a very peachy, refreshing cider. 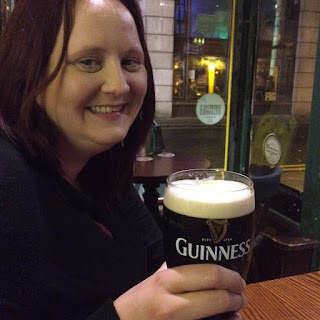 Proof that she drank some 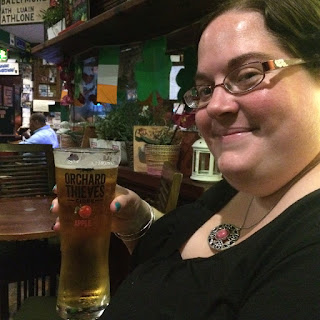 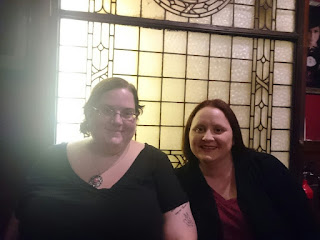 Sam took this photo of us but I promise she was there too!

In the decade since I went to Dublin, a lot has changed. It's extremely clean, and there's clearly been a lot of regeneration of it, especially down where we were in the Docklands. The tram lines are being put back in and Dublin looks stunning. I already want to go again!
Posted by Rebecca at Thursday, October 13, 2016