At the beginning of September I went on a trip through Standedge (pronounced Stannij) Tunnel with my mum and stepdad. I got interested in this when researching something earlier in the year and there are two trips you can do. One leaves only from Marsden and is suitable for children, and is just a half hour trip into the tunnel and back out again. The other leaves from both Diggle and Marsden and takes you through the entire length of the tunnel, taking about two hours to do so. There's a guide on this trip, but it isn't suitable for children under 7 or anyone who couldn't climb a 2m vertical ladder if they needed to. You also need to be aware that it's one way only - we parked at Marsden and the ticket price includes a taxi to Diggle, where we set off from, but another group got confused, so just ask if you're unsure!

The tunnel is also really cold, so pack a jumper or a coat. It's between 4 and 6 degrees, so a bit like sitting in a fridge for two hours. It's dark, there's a good long while where you can't see the light at either end, but the boat has lots of light on it. The canal is narrow, barely wider than the boat at times. My mum was worried she'd be claustrophobic but there's plenty of wider parts and also lots of space above the boat, which made me feel better. Just be aware if you're very claustrophobic.

Here's some photos, my stepdad took them all I think. 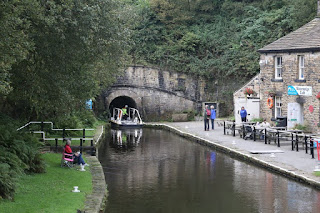 This is Tunnel End at Marsden. The leggers used to live in the cottages on the right. Above this is a lot of moor, this is really low down! 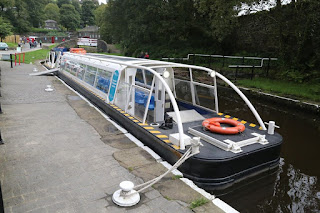 This is the sister to the boat we went on but they're identical, about seven feet wide I think 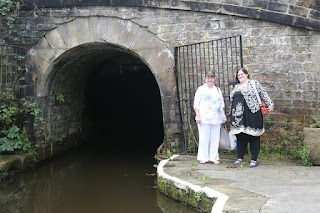 My mum and me standing by the tunnel end. The canal is around 2m deep which is really deep for a canal (most of the time, if you fell in one you'd be easily able to stand up in it) This is the entrance at Diggle. The gates have leggers on them 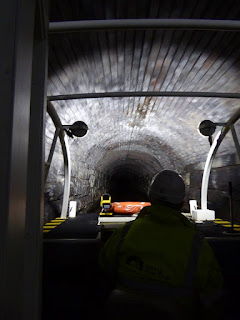 The view from the front of the boat and the driver, who had to keep adjusting the steering. Here the canal is brick lined, which it is in places due to the train tunnel nearby. You can hear the trains and feel the draughts from them too! 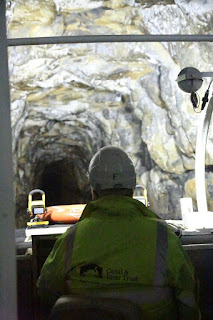 But in the middle, where the train lines don't go, the canal is hewn out of the rock 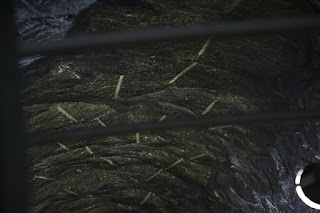 Here, you can see the marks from where the navvies used a hand drill to get through the hard gritstone. 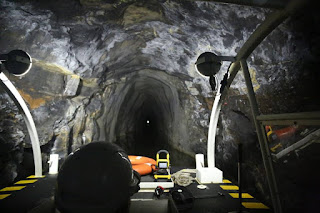 Is that light at the end of the tunnel...? 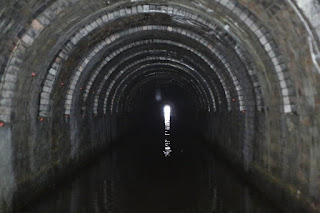 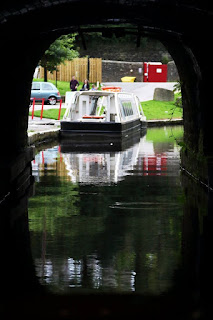 And here's a really gorgeous photo of the sister ship framed in the tunnel entrance.