Birthday day out in York!

I thought long and hard about what I wanted to do for my birthday this year. Last year I went out with Chloe and Lolly during the day and then for a meal in the evening, so I wanted Lee to have the day off with me this year. Sam had a couple of days holiday left to use before the end of January so I invited her along, and then I thought we would go to York and meet our friend Jac (who lives there) when she'd finished work.

We went to the Castle Museum, which I've been to before but it was about fifteen years ago and I only remembered the Victorian street. It's a really big museum - it's £10 entry but we spent two and a half hours there and could have been there longer! One of the parts of the museum - the mill - wasn't open, which was a shame as I like a mill! We all felt it was worth the entry fee.

Here's a bunch of pictures I took! 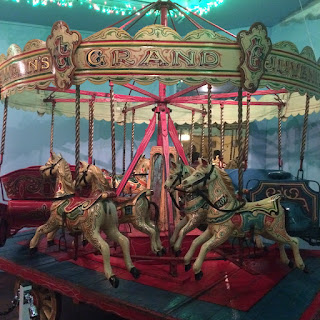 The first part of the museum is dedicated to toys, and I really liked this carousel 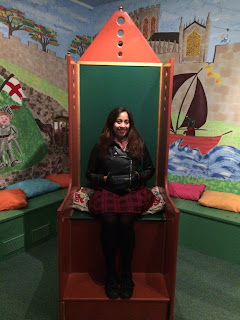 Sam sat on a throne in the castle area 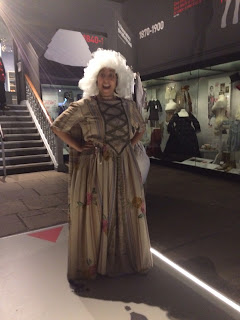 The next part of the museum is all about fashion, so I made Sam dress up - firstly as a regency lady 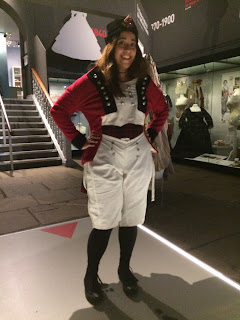 And then as a soldier - very dashing 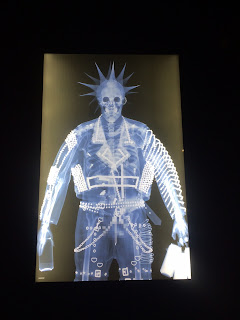 This funky fake x-ray was in the fashion bit too - I really liked it! 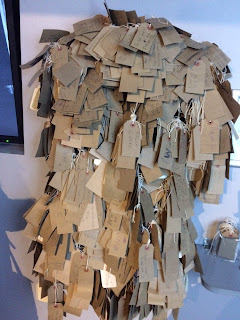 This was too - we were invited to write about how we felt about our bodies and tie the tag to this. I like community art like this 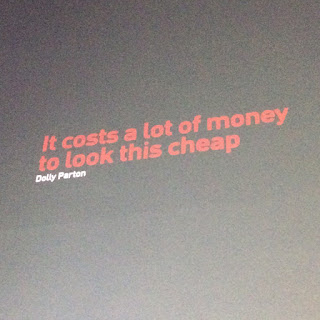 Since it was my birthday, it was also Dolly Parton's birthday! She turned 71 on the 19th of January. We also share our birthday with Janis Joplin, Edgar Allen Poe, and Paul Cezanne 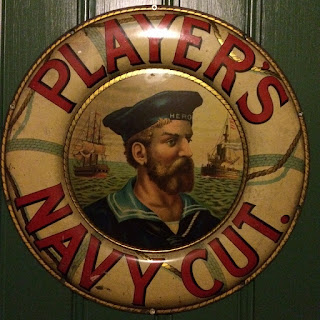 The next part of the museum is the Victorian street. In the chocolate bit (York has a rich chocolate history - when I lived near the Nestle factory in 2004/2005, the air always smelt like Chunky Kitkats) was this cool sign 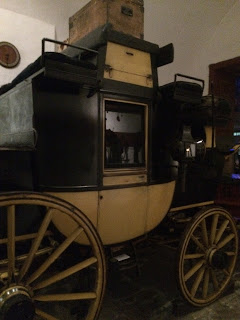 And this stunning carriage 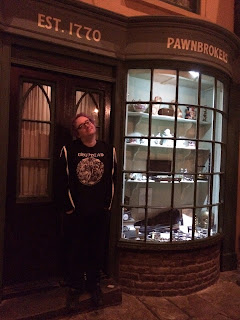 And here's proof that Lee was here with us! 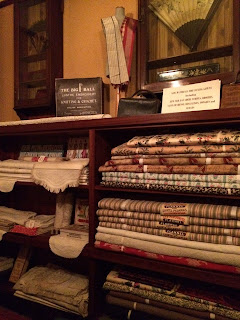 Fabric in the haberdashers 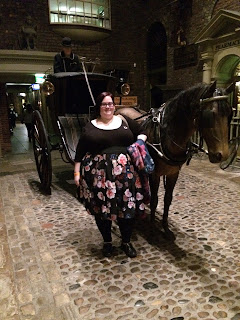 Me and a (fake) horse and cart. The street goes to night and dawn and day again, it's pretty cool! 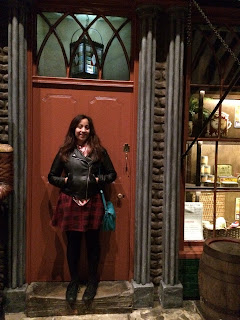 Here's Sam in the doorway of the grocer 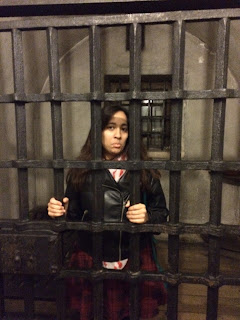 And then locked up in jail 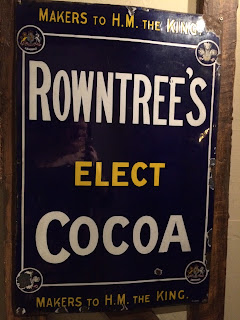 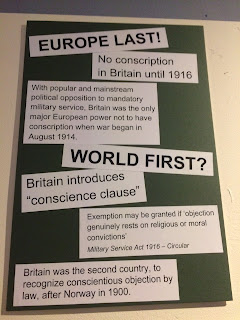 The next part of the museum is all about the First World War, I guess because it's the centenary. There was a whole room about peace and conscientious objectors which was really interesting 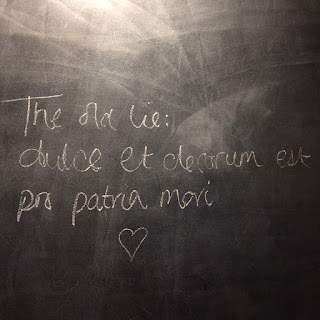 And then there was a room where you could sit and reflect, and could write on the blackboard walls. I wrote this, from Wilfred Owen's poem 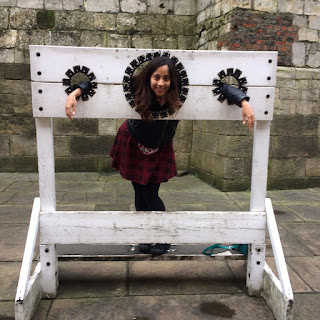 Outside Sam ended up in the stocks and there was also a gallows, but we definitely did not go on that 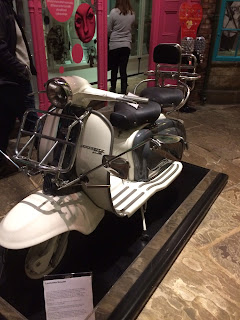 The next part of the museum was all about the sixties. I love Lambrettas!

There's also a jail part, but we didn't stay long in there. Like I said, I would really recommend the museum though if you're even in York.

We went for a wander round the shops - Lee wanted to go to a record shop and we looked in a few bookshops, and by then it was 4pm so we went into Evil Eye for cocktails. I have been going there ever since I was at uni in 2002! 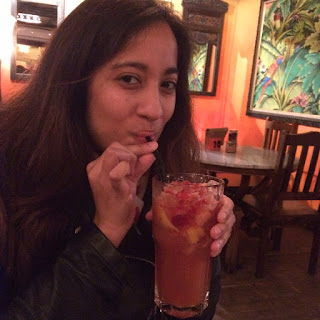 Here's Sam with her Constantine cocktail, which is fruity and tastes like Skittles

Jacqui came to meet us and then at 5.15ish we walked along to Jamie's Italian. I really like the food in there and I'd signed up for one of the gold cards using the app, meaning that we got a free bottle of Prosecco and a free brownie for me since it was my birthday! Definitely worth doing if you're going. 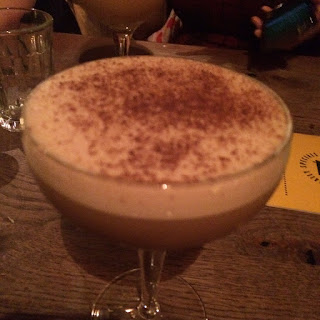 I had a Tiramisu cocktail with dessert 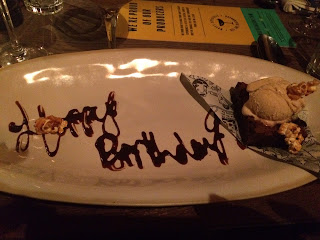 And here's my brownie with a cute birthday message...
Posted by Rebecca at Wednesday, February 15, 2017

Email ThisBlogThis!Share to TwitterShare to FacebookShare to Pinterest
Labels: birthday