A Blanket for My Mum

My mum is turning sixty at the end of May, and around Christmas when I made the blanket for Lee, I offered to make her one too. She chose the colour pack that she liked, but I decided to make Sandra Cherry Heart's earlier blanket, just called Spice of Life. Having made it, I think the first one is a lot simpler, but also a bit more boring in parts, there's quite a lot of rows that are just trebles which can get repetitive. I would make the second one, the one for Lee called A Spicier Life, again, if I made another - which I might! I'm not sure yet, but I do have two more packs of yarn ready to go!

Anyway, this is the Bollywood colourway and my mum chose it because she liked the bright colours. There isn't a colour I dislike in this pack at all, unlike in Lee's where I didn't like some of the paler colours. I didn't end up using Violet, because I needed one less colour and I thought there were already a couple of purples in the pack. I made a list of the colours in the original pattern and then matched kind of by "theme" eg Parchment became Buttermilk which are both kind of pale neutrals, and Petrol became Emperor because they're both quite strong dark colours. Lee helped me with this bit but honestly I didn't think too much about it, because I knew from Lee's blanket that it would look good in any order. I decided to just let it be!

I started the blanket around the beginning of March and I've been working on it a few hours a week every week since then. I had a bit of a break in the middle when I was making the baby blanket for Leanne, but I logged about 60 hours on this blanket all in all! It's a lot of work!

I tried to sew in my ends as I went along but it can be really boring so I didn't altogether manage it. I enjoyed the different stitch combinations, like I did with Lee's blanket, even though I think this one is technically easier.

The week before my mum's birthday I finished the body of it, so I just needed to do the border. It's a much less complicated border than the one for Lee's, but I took myself off to a knitting/crochet/craft group which was held at the library in Penistone. It was a nice group and I will definitely go back - it's nice to have that concentrated crafting time.

I finished the border at the craft group and the day after, so that was really good. I felt so accomplished again - it's so gorgeous and I'm so proud of myself.

I've got lots of photos taken throughout the process: 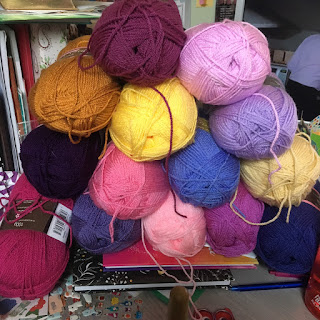 Look at all these gorgeous balls of squidgy yarn! 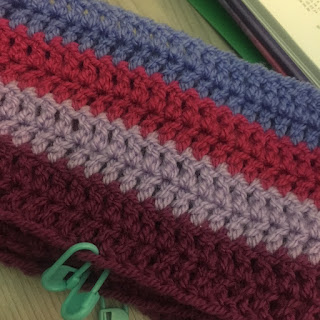 The foundation rows of trebles 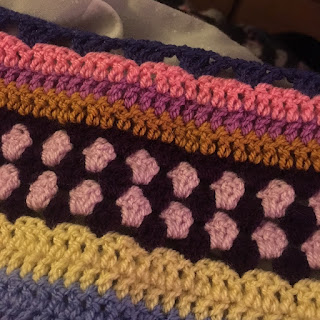 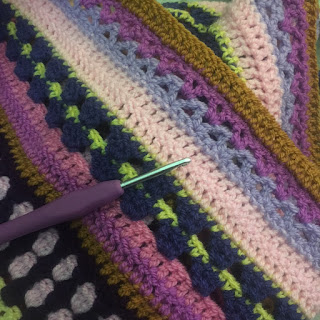 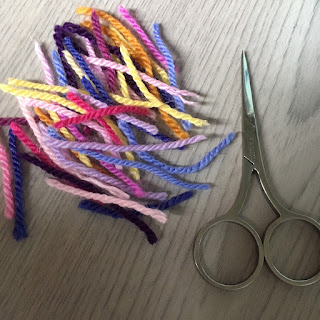 Sewing in ends at some point 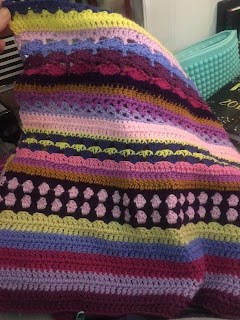 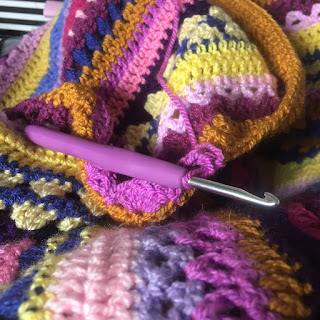 I really liked this lilac hook, too. It's a 4mm 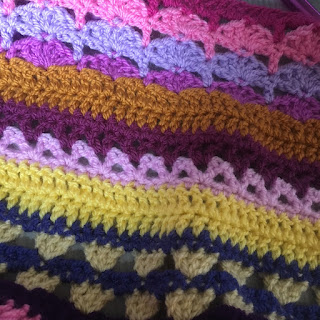 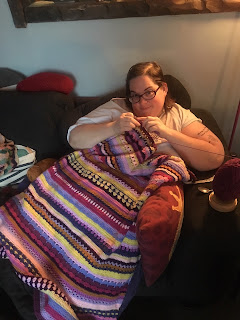 This was when it was big enough to sit under as I worked on it! 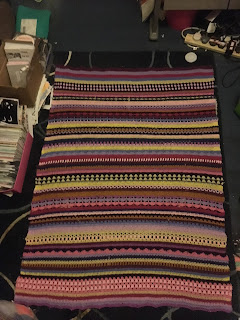 The body of it finished 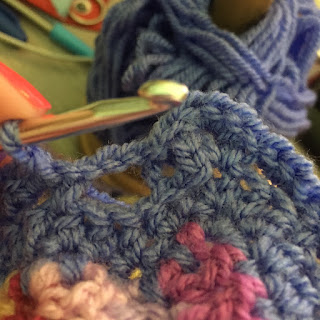 The very last stitches on the border! 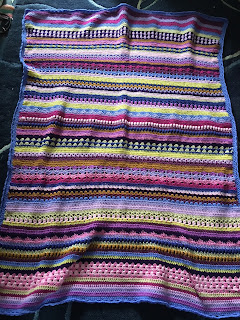 Ta da! I love the Bluebell of the border, I think it's a nice choice 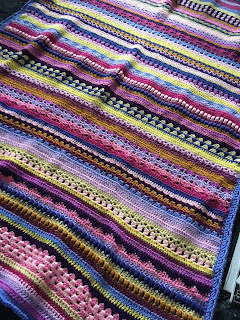 More of a close up


I can't wait to see what my mum thinks!

Email ThisBlogThis!Share to TwitterShare to FacebookShare to Pinterest
Labels: crochet