In the middle of May I went to Liverpool with Lee and my mum and stepdad. My mum and I were going to see the Terracotta Warriors in the World Museum, it's a special exhibition and a lot of artefacts are here in the UK for the first time. Lee and my stepdad weren't bothered about seeing them, but we decided we'd make a bit of a trip of it. We were going to stay all weekend but hotels for the Saturday night were too expensive, so we just stayed the Friday night.

We set off around 10am and got to Liverpool about midday. There was ample parking opposite the Travelodge, which turned out to be just across the road from the World Museum. We couldn't check in yet, so we left everything in the car and went to find lunch.

We were just around the corner from a Five Guys and as none of us had been there before we decided to go in. I really liked it - there isn't much choice but I liked the fact that you can add a bunch of toppings for no extra cost. I had a cheeseburger with jalapenos, mustard, onions and pickles. Lee doesn't eat red meat so he had the vegetarian sandwich, which is a bunch of vegetables fried together. It was unusual but he really liked it! I was also very excited about the soda machine, I ended up having strawberry lemonade which was really nice.

After lunch we went our separate ways - Lee went to find some record shops, my stepdad went down to the docks, and my mum and I went up to the World Museum. We were a bit early (you had to book a time for the Warriors exhibit) so we went up to the Egyptian exhibition first. I'll save all those photos for my next post, though, because I took so many!

After the museum we all met up again and had a drink in a pub opposite. Then we checked into the hotel. The good thing about Travelodges is that they're always the same and you know they're always likely to be clean. I'd booked us into rooms on the "business floor" which meant they were quieter, which was good as there were quite a few hen parties in the hotel.

I had prawn Caribbean curry which was in a really thick sauce and really yummy. Then I had a brownie which Lee and I should have shared really but we didn't know that! I couldn't eat all of it.

We went to look at the big wheel but it was dark and starting to rain. Still I would like to go back to Liverpool and go on the wheel as well as visit a couple of the other museums. Maybe later in the year! We were all getting tired so we went back to the hotel room and had some wine there before bed!

Here are lots of photos from Friday: 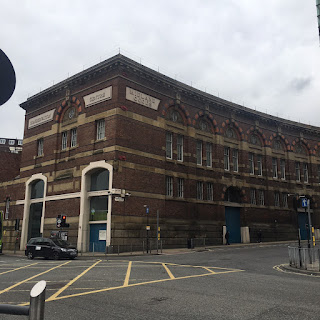 Building on the opposite side to Five Guys 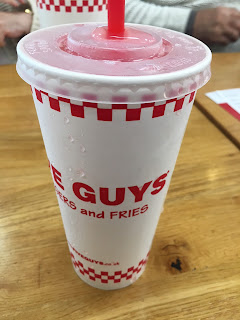 Strawberry lemonade! I also appreciated the fact that they had caffeine free coke 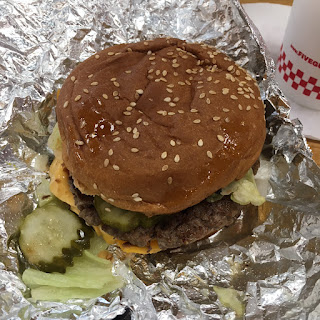 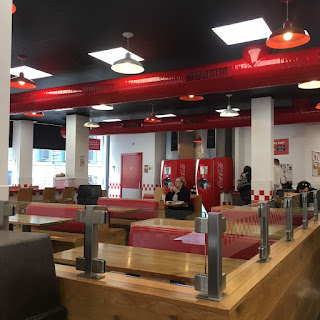 It was early so really empty, but I liked the inside of the restaurant 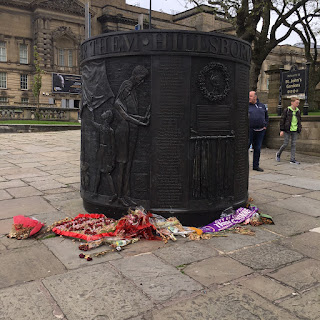 This is one of the memorials of the Hillsborough Disaster, with the World Museum just seen in the background. 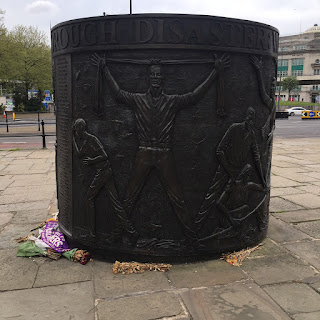 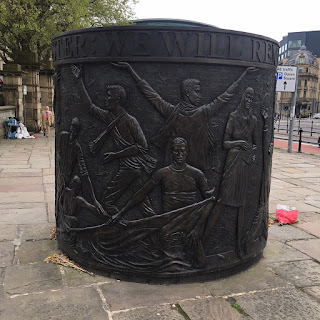 I was really please my mum and I had seen it

Now there's a gap, so the next photos are in the evening 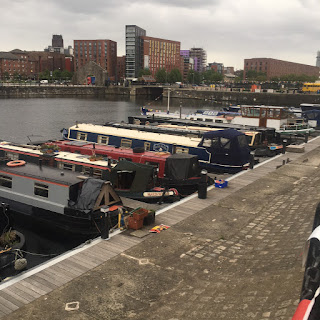 Barges in the Albert Dock 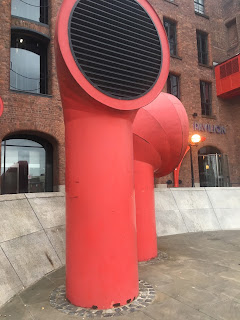 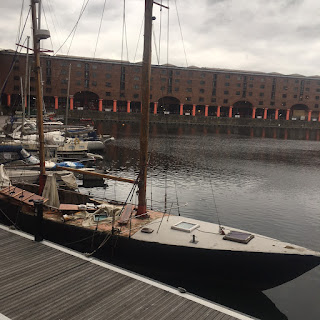 Within the Albert Dock itself. The restaurants are down the left hand side of this 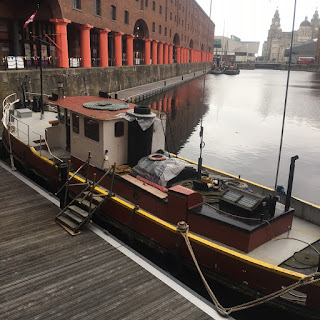 This was just outside Panam 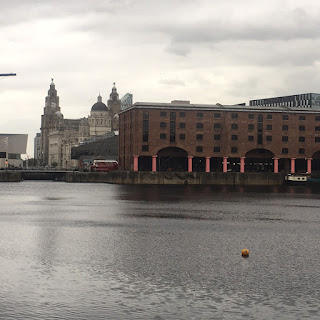 Across the dock with the Liver building in the background 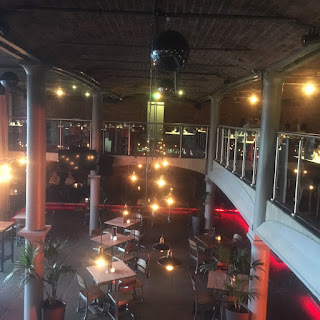 We were seated upstairs in Panam, it is really big and there were more patrons than this photo suggests! 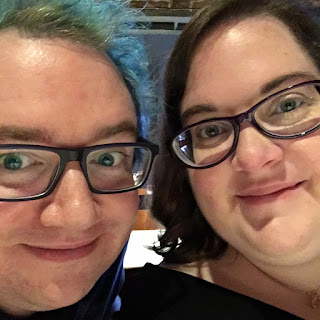 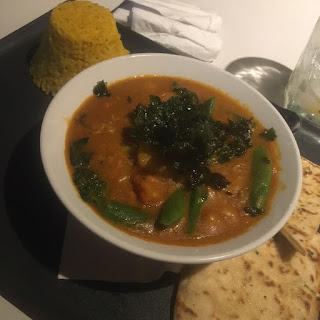 My Caribbean curry with rice and naan bread 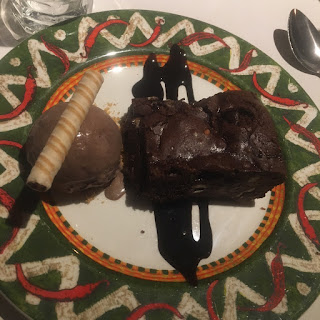 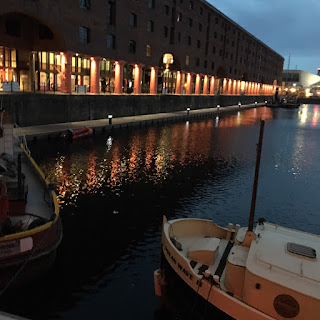 After we'd eaten, when the lights were all lit up 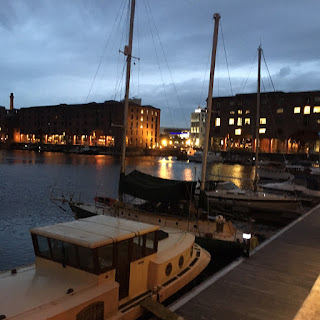 Boats and looking back towards the city 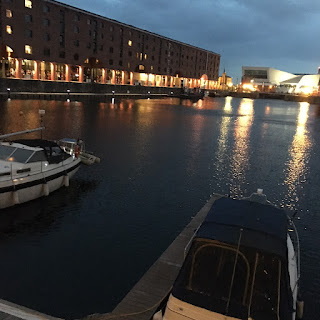 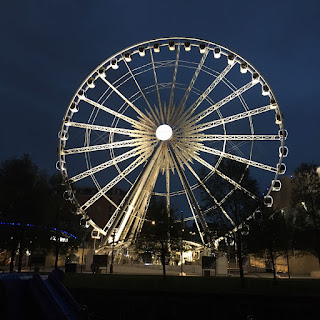 All lit up, the Liverpool wheel