Saturday dawned bright and early for us in Liverpool. We had decided to get breakfast before doing anything else, so I did what all of us younger people do and googled for "breakfast near me". There were a few places within walking distance so I checked reviews and decided on Barley & Beans. We set off about half past ten and while it was busy when we got there, we didn't have to wait too long for a table.

My mum and stepdad were really impressed that I'd managed to find somewhere so nice to eat, but honestly all I did was google. The staff were really friendly and I would really recommend the place, especially for brunch (which they serve until 4pm!). I had a vegetarian breakfast which included grilled halloumi and a Nutella hot chocolate.

After breakfast we went down to Pierhead because me, my mum and stepdad were going to go on a ferry across the Mersey (and yes, they play the song). We got on the noon crossing - it takes about twenty minutes to get across to Seacombe, then ten minutes to go along the Wirral up to Woolside, and then twenty minutes back. Well, that's the theory. We got to Woolside and there was an announcement that there was a medical emergency and were there are doctors or nurses on board. Two men went down and then there was an announcement that we had to wait for an ambulance. We were waiting about forty minutes before the ambulance took the poor woman off, so I really hope she's okay. We didn't mind, obviously - these kinds of things can't be helped and they obviously wanted to stabilise her before they moved her. But it did mean poor Lee had been left on the quayside for longer than he'd thought! The boat was really good though, there's lots of information to tell you about stuff as you're sailing along.

We had a drink just after the boat, and then walked through Pierhead and through the other side of Albert Dock. There was a steam fair going on so the place was heaving, but there were some pretty cool things to see and the weather was nice, so it was good. We finally gave up around 3pm and got in the car to come home!

I'll have to go back to Liverpool soon - I would like to look at some of the Beatles stuff and I'd like to go into the Maritime Museum which includes the International Slavery Museum because I think that would be interesting. I would definitely try to stay in a hotel closer to the docks but it would depend on price! Where else is good in Liverpool?

Here are my photos from Saturday: 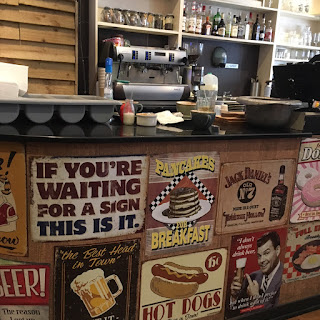 The counter in Barley & Beans 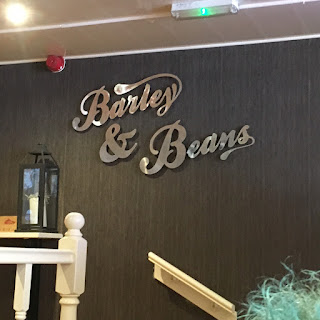 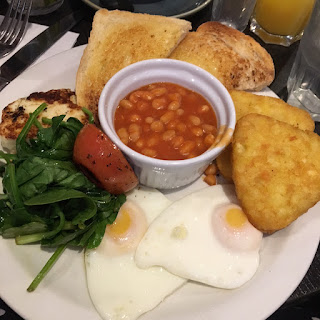 My breakfast, it was yummy 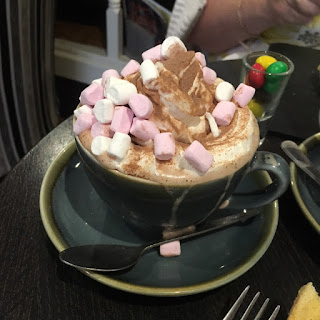 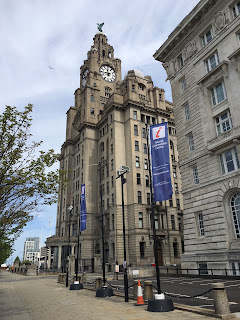 The Liver building down at Pierhead 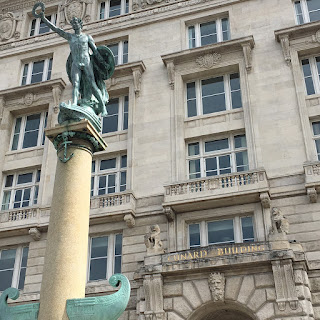 The Cunard building and Hermes? Maybe? 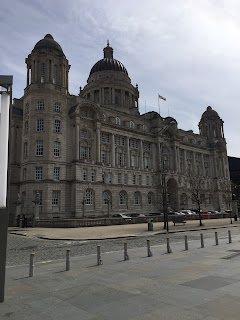 The Port of Liverpool building 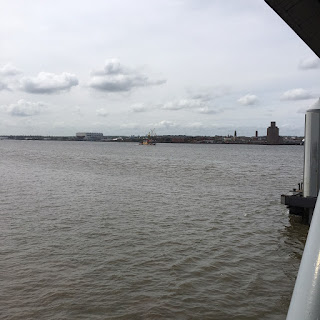 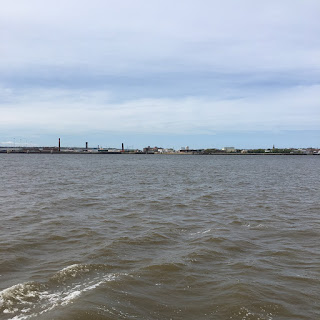 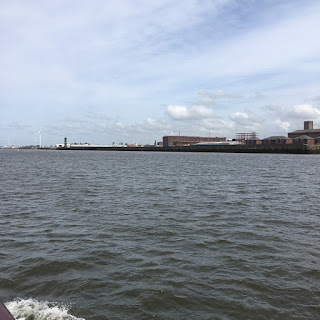 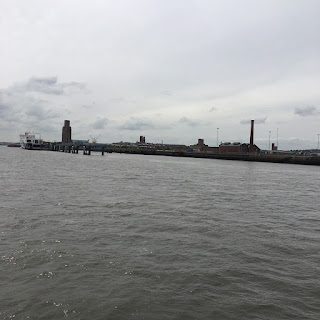 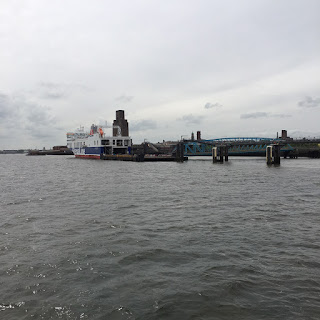 I took this panorama of Liverpool waterfront from Woolside 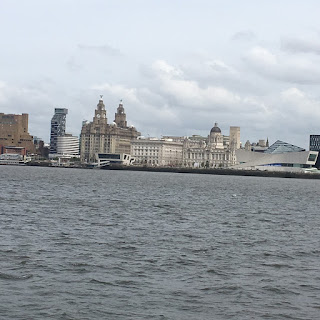 The "Three Graces" of the Liver building, the Cunard building, and the Port of Liverpool building 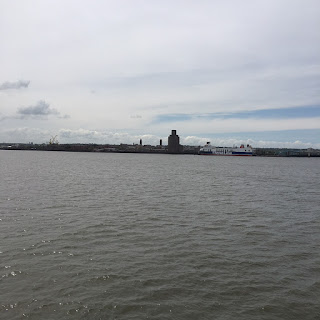 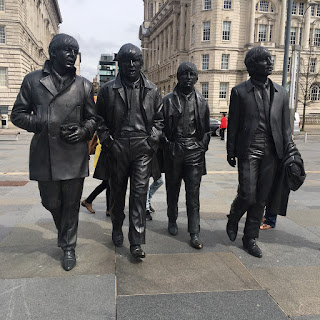 Outside the Pierhead building is this statue of the Beatles 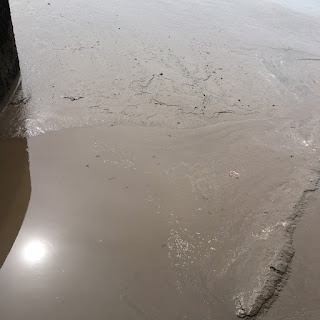 As we walked along Albert Dock it was nearly low tide, exposing all these mud flats - it goes down by about ten metres overall! 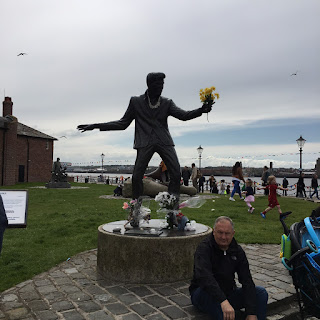 And finally here's the statue of Billy Fury!