Trip to Hepworth Gallery in Wakefield

A couple of weeks ago when I had people at mine, we went on a trip to the Hepworth Art Gallery in Wakefield. I've never been before even though Wakefield is my home town and I don't live too far from it. I wish my dad had seen the building actually - he was a quantity surveyor and I think he'd have liked how brutalist it is!

The car park is over the bridge, but it's nice to walk over the river. On the old bridge is the Chantry Chapel, which is one of only four examples left in the country (bit of hometown pride for you there!), so do have a look at it as you go over. Entry to the museum is free but we did give a small donation. We firstly had lunch in the cafe, which was nice. Then we headed upstairs to the galleries.

There's lots of Barbara Hepworth's work in there, as the gallery is named after her. I absolutely love her art and have lots of pride for her too as she was born in Wakefield. There's a couple of Henry Moore's sculptures - he was from Castleford which is close to Wakefield. There is also a load of stuff about Wakefield and Yorkshire, including old maps, which I LOVE. I found the village that I live in.

Here's some of the photos I took Some of the colourful barges on the river 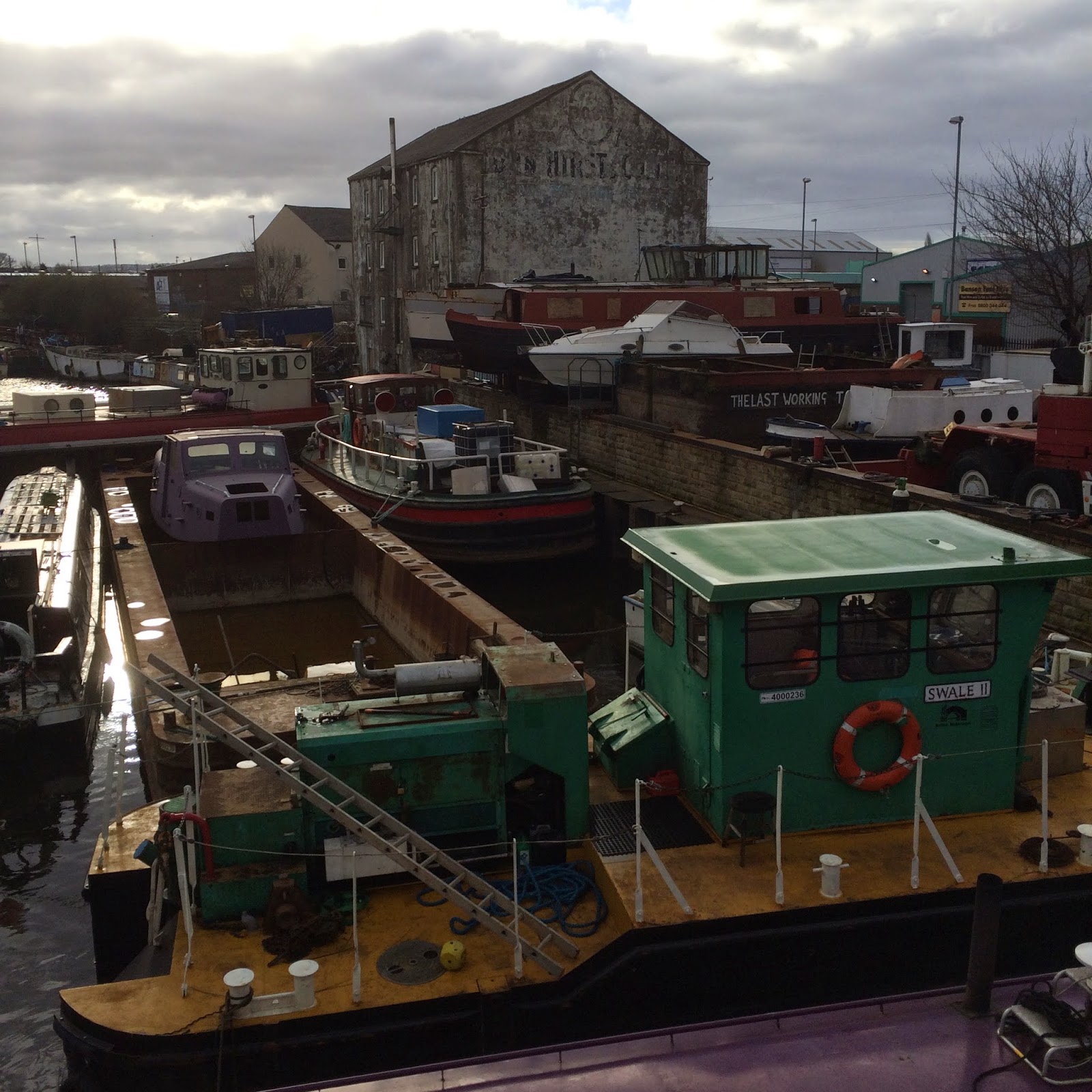 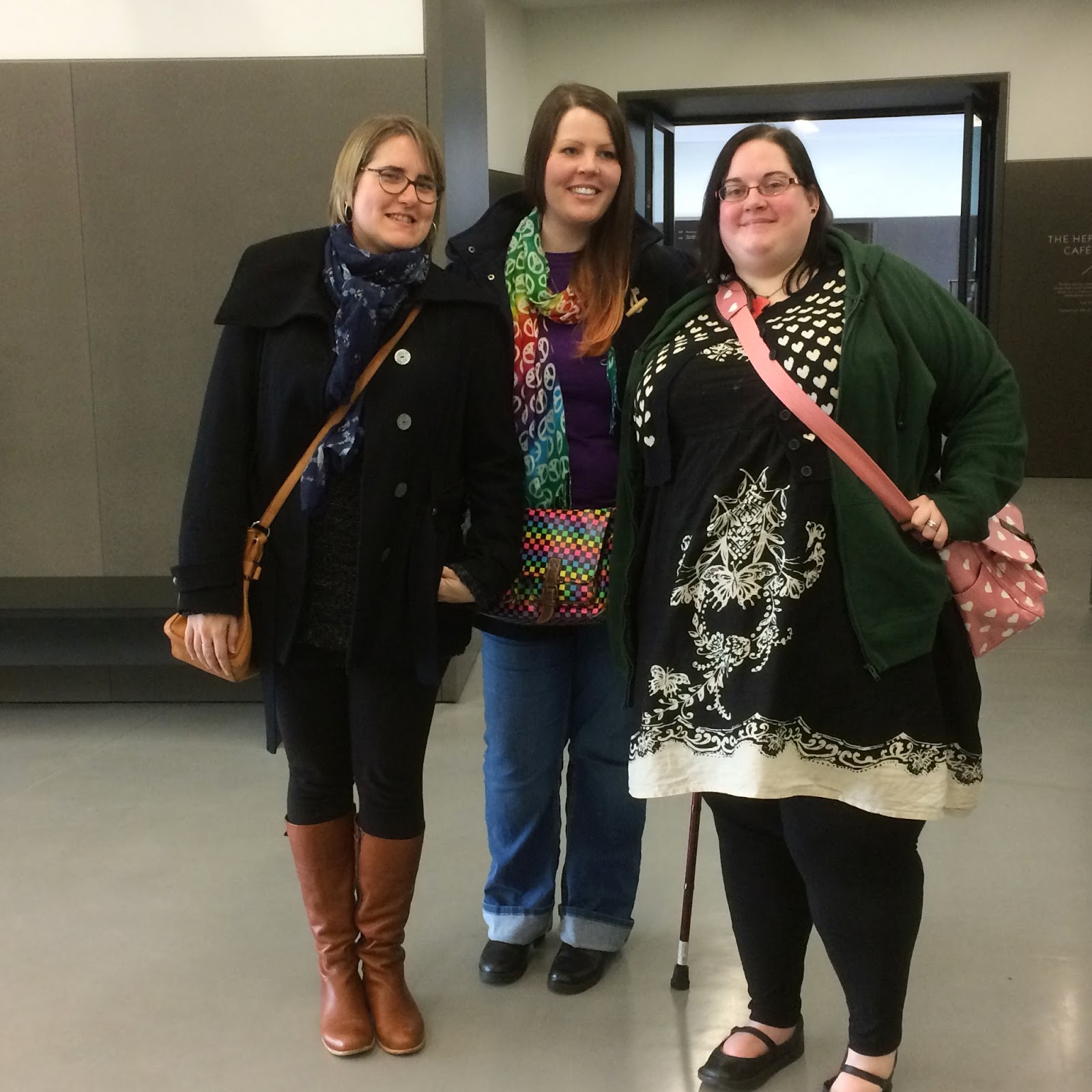 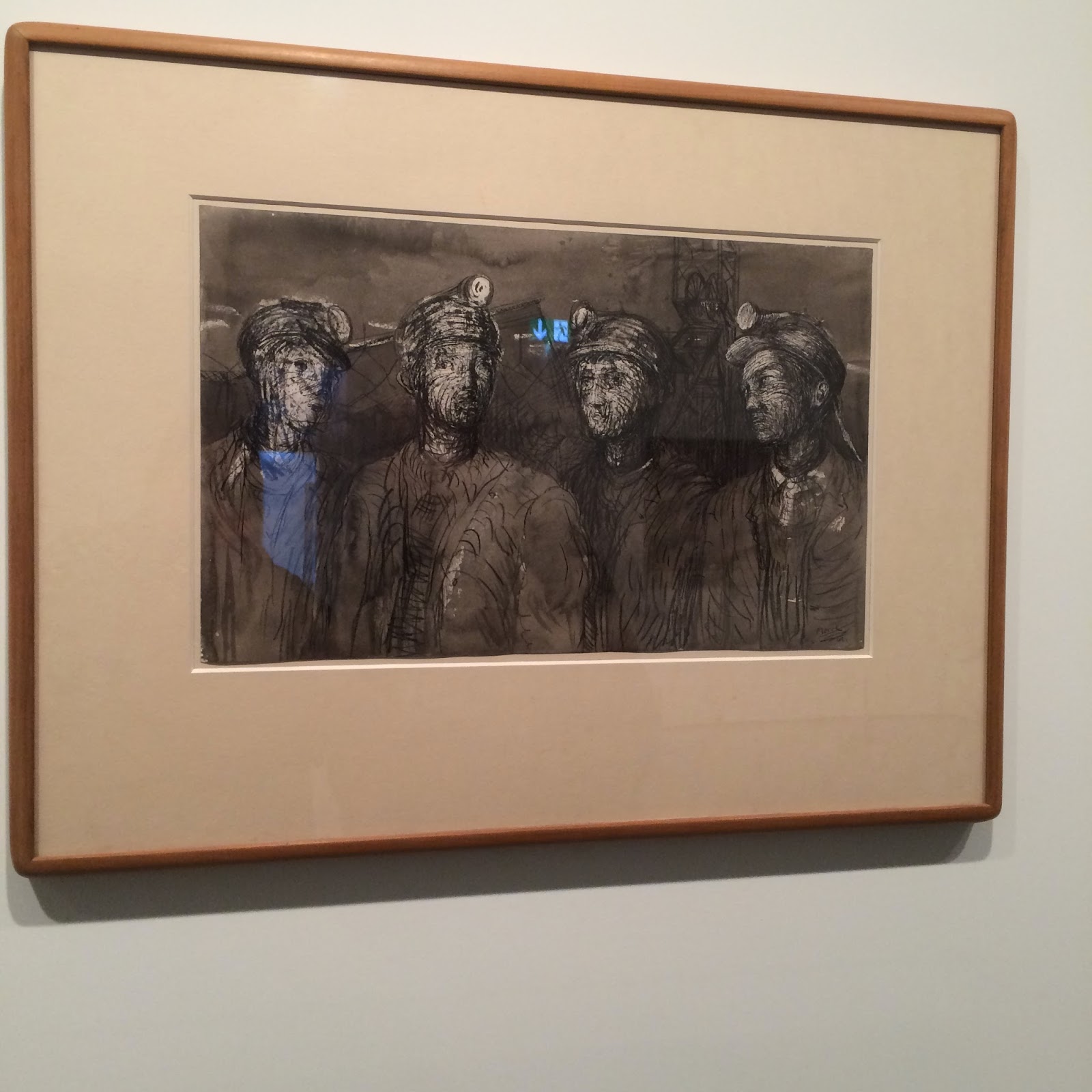 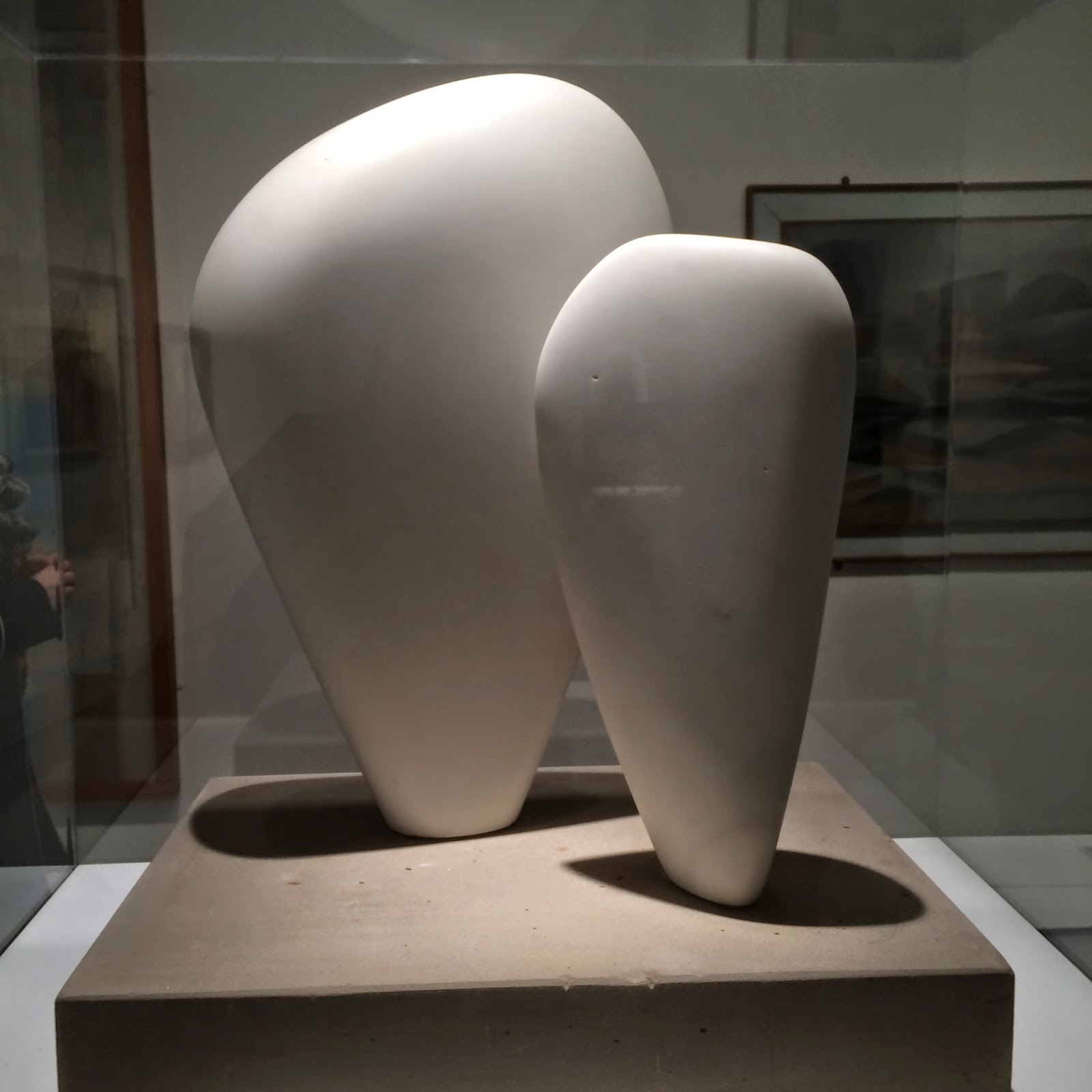 Hepworth's Two Forms. I love how this has been displayed, with bright lights from above so that the shadows are very crisp. 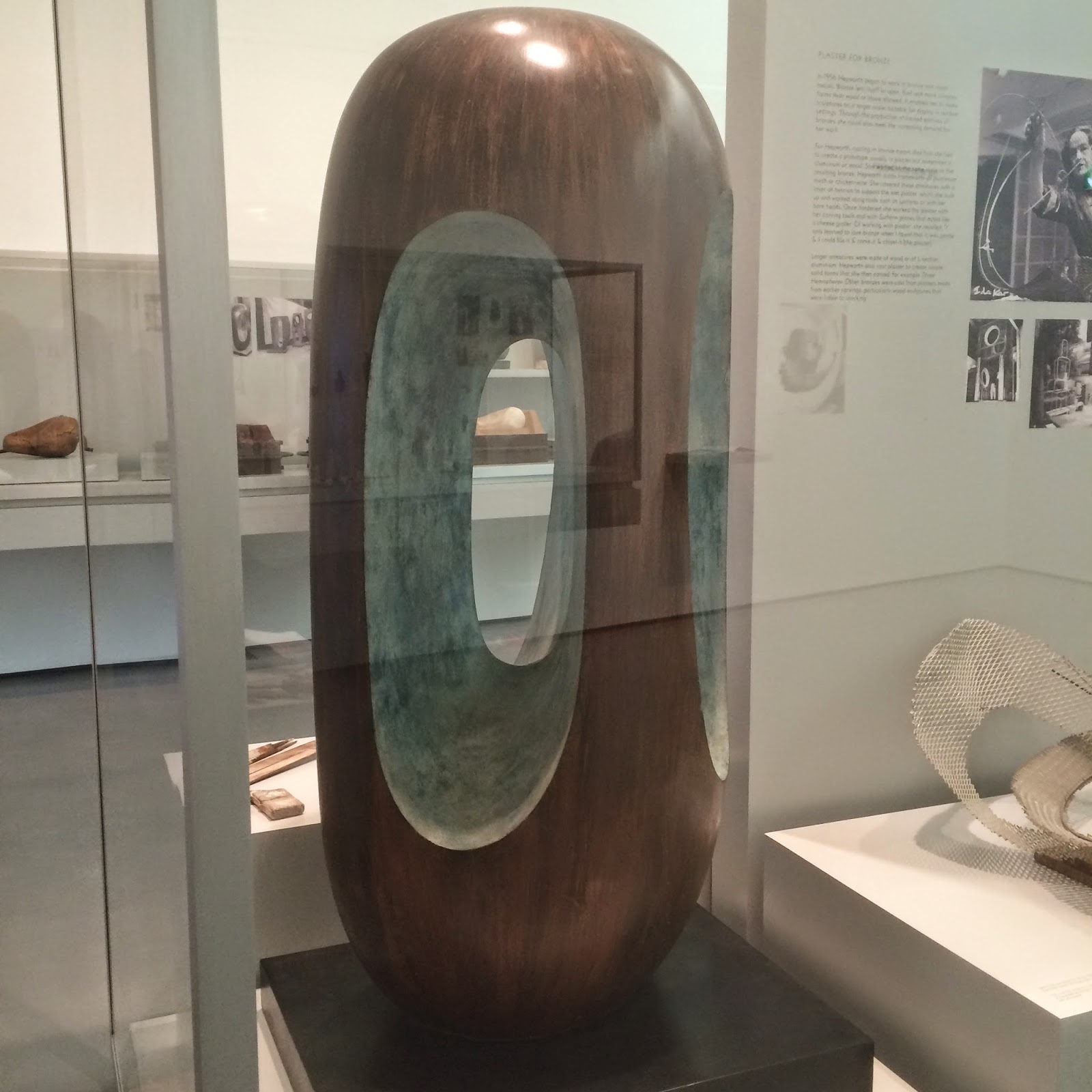 Hepworth's Elegy III, made of plaster and painted to look like wood. 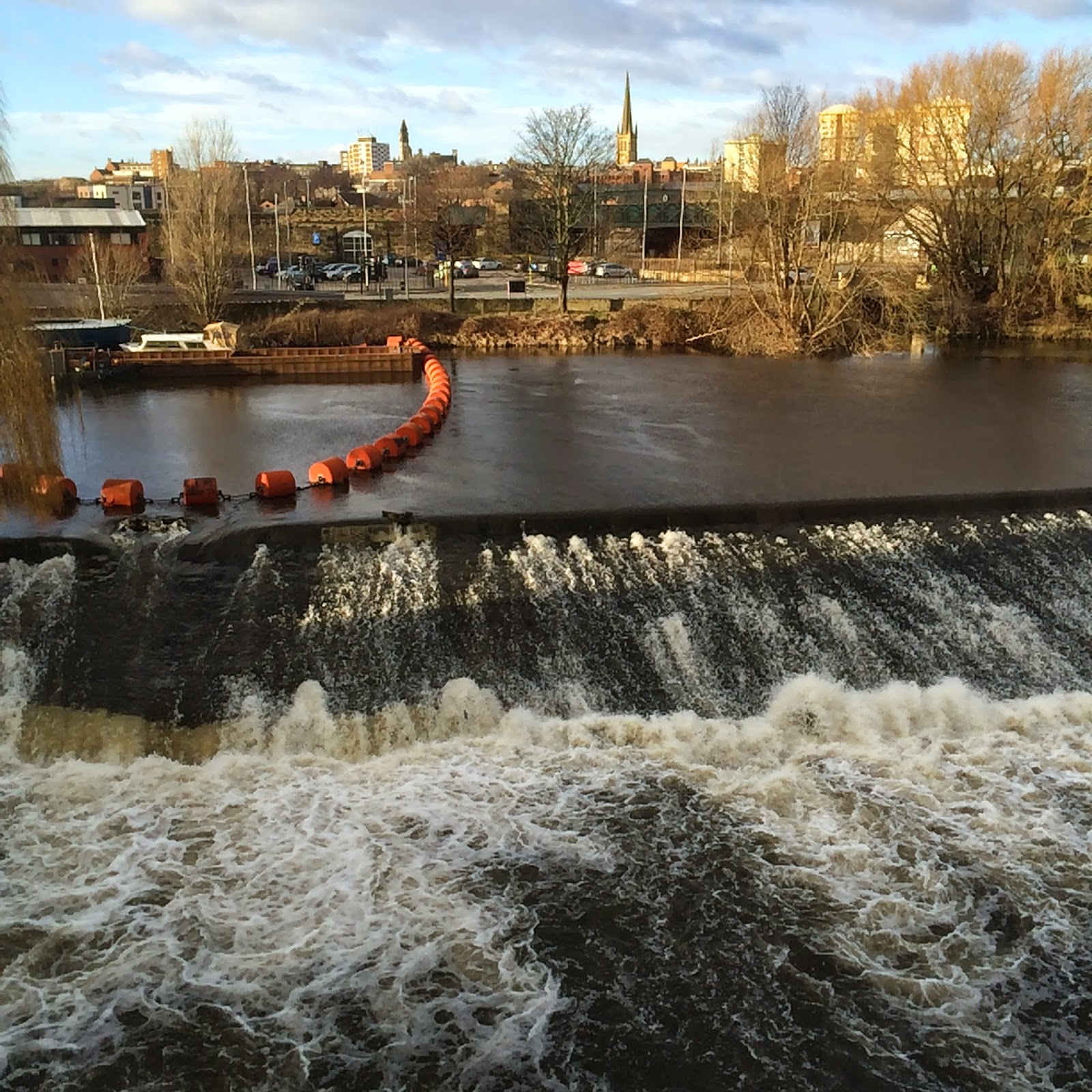 View from one of the gallery windows. 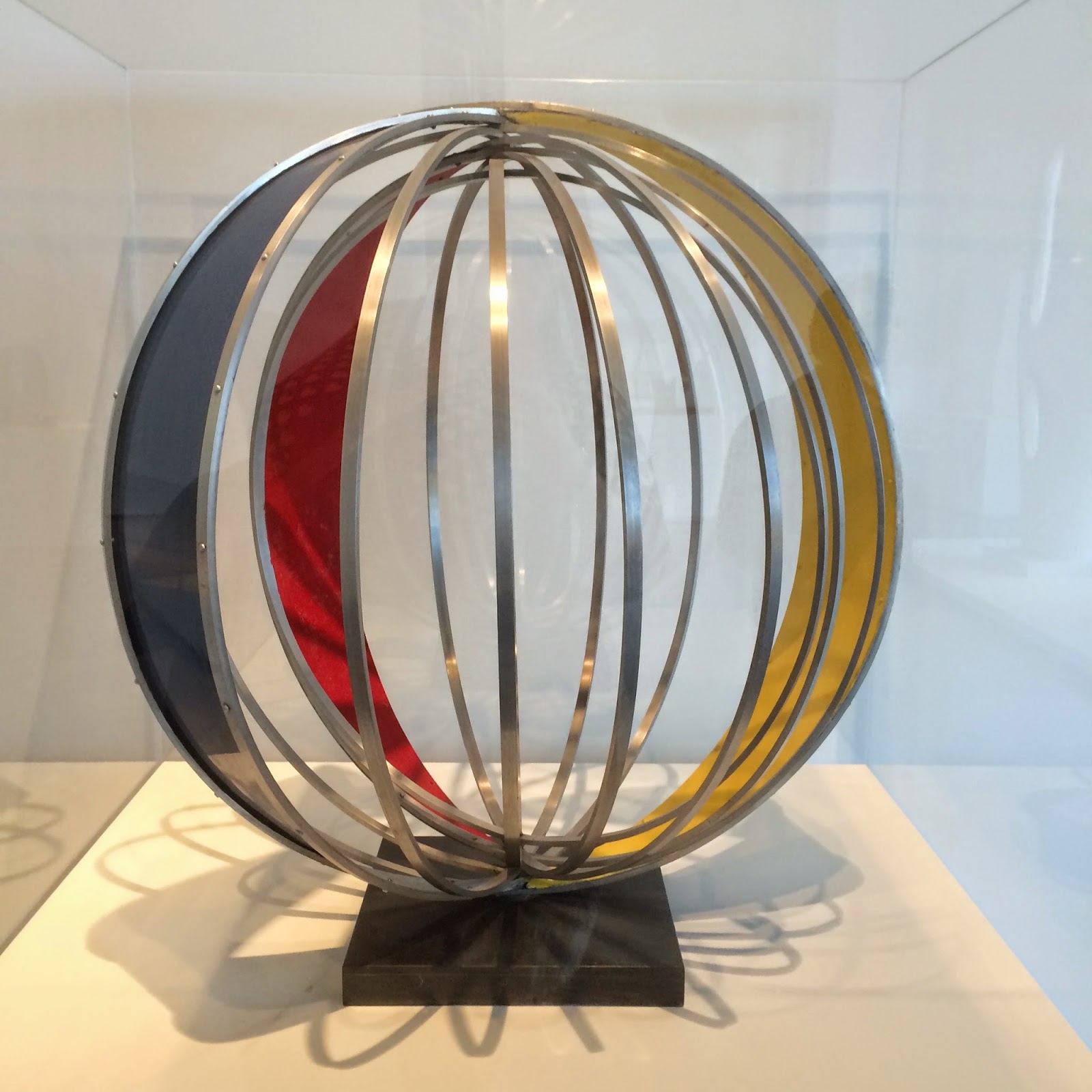 This is also a Hepworth, I love the colours. 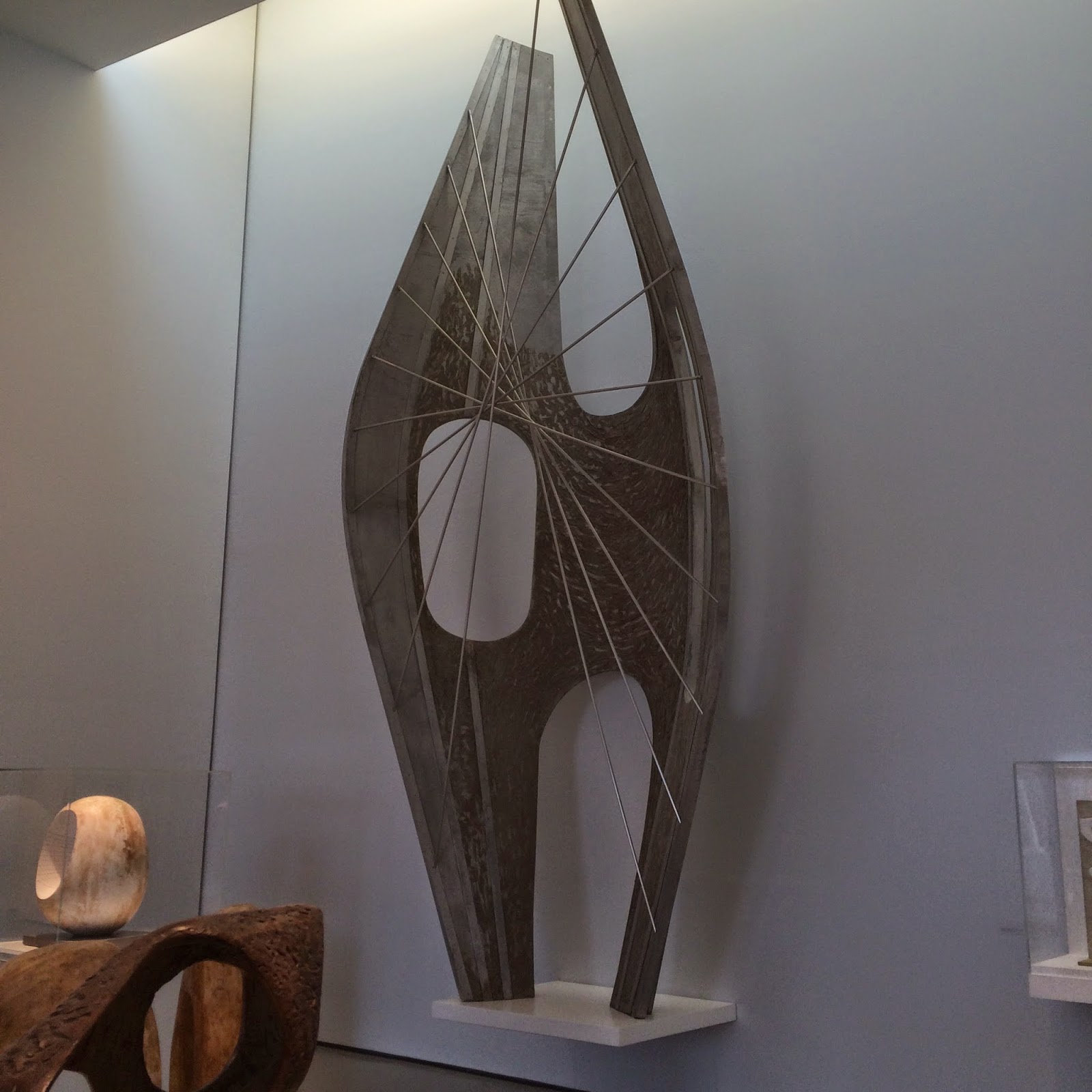 Hepworth's The Winged Figure. This picture doesn't show the scale of this piece - it's huge. Apparently 19ft high, it's fab to stand under it and look up into it.

I really recommend the Hepworth for a visit if you're in West Yorkshire - be sure to find the hidden seat and window which looks out upon the Chantry Chapel, it's really cute!