This past weekend was mine and Lee's 11th wedding anniversary. If you remember, last year we went on holiday for our 10th anniversary with family, well I thought this year was going to be much quieter (just a meal out) but then Lee surprised me last week by saying he'd booked a night in a hotel in Lincoln for us! We've been having a rough time recently (not with each other, other stuff) and he wanted to treat us to a nice relaxing time. So on 25th June we set off around 12 to Lincoln. I've never actually been there before!

We stopped close by for lunch and then checked into our hotel room at about 1.40. Even though the official time was 2pm, I often find hotels are ready for you before and if they hadn't have been we would have waited in the bar! We stayed here. We had a king size bed and the room was really nice and came with the added bonus of air conditioning! We had it set to fridge temperature I swear!

We went down to the leisure club and spent a couple of hours swimming and in the jacuzzi. It was a nice big pool and there was a steam room, sauna, and heated loungers too. We then relaxed in the room and each had a bath before setting out to the city centre around 7pm.

We'd planned to go to a certain restaurant and drove round three times trying to find it! It was raining really hard which didn't help, but we eventually found it, and then, they were fully booked. D'oh! There were rivers of rainwater running down the hill, but we walked to a restaurant called Cote which was a French brasserie. As soon as we walked in we were shown to a table, and the hostess took our soaked hoodies to hang them up.

The menu was lots of traditional French food. I ordered a Kir to start with and Lee was pleased to find Orangina on the menu (he doesn't drink alcohol). We shared a garlic bread to start with, and then Lee had half roast chicken with a mushroom sauce and frites, and I had steak-frites which was incredibly delicious. Really well done food, and the prices weren't too bad. The waiter recommended a wine with my steak which was also really nice. Lee had ice cream and I had chocolate fondant. I really really recommend the place if you live near one!

We went back to the hotel and had a drink in the bar; there was a champagne cocktail on the menu made with vodka, elderflower and champagne, so I had that. It was delicious!

In the morning we had breakfast and then checked out. We drove into Lincoln and went first of all to the castle. The Wave of Poppies is there until September and I wanted to see them. It's free to get into the Castle grounds and even if the poppies weren't there it would have been nice to wander around. The poppies are magnificent, though. It was reall poignant to see them, I'm glad I had the chance.

Then we moved the car more into the city centre and wandered around for a bit, I wanted to spend a fortune in Waterstones but resisted! Then my friend Lou and her partner Si came to meet us for coffee which was lovely. Unfortunately we too soon had to leave to come home!

I've never been to Lincoln which is why Lee chose it, plus he'd seen it on a list of underrated places to visit in the UK. I'd defnitely go back and would definitely recommend it! 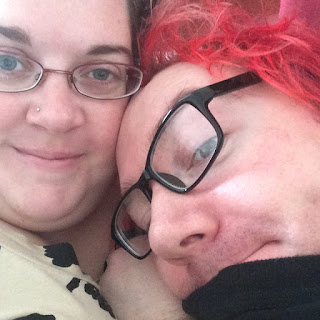 Relaxing in the hotel room 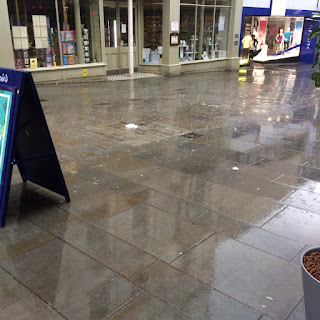 Rivers of rain in the city centre 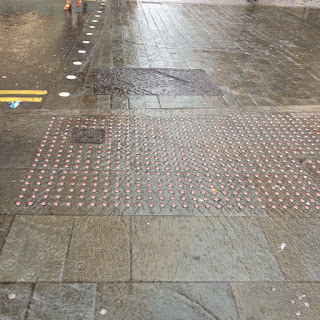 My feet got extremely wet! 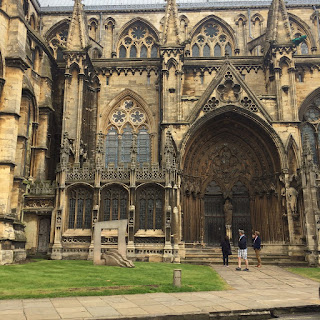 Lincoln cathedral is huge, much bigger than I thought it would be. 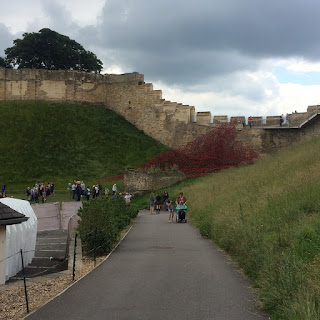 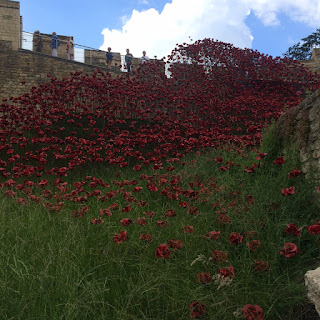 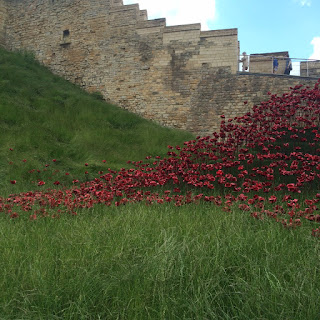 It is really beautiful to see them 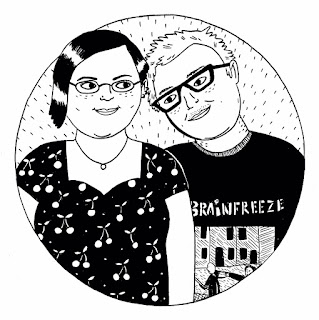 This was my present for Lee, I commissioned Emma to draw us and this is the lovely drawing she came back with! Isn't it lovely? Lee really liked it too.