In the middle of July, after a busy few weeks, we had a nice weekend doing not much, so I thought I'd document it. On the Friday night, as you've seen, we went to see some friends.

Then on Saturday we made cheesecake ready to take to my mum's later. We made this chocolate and orange cheesecake, which was really yummy and not too sickly. It didn't take a lot to make it, either. 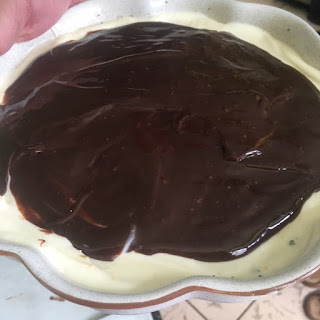 It actually made double this - we made two cheesecakes in dishes this size. 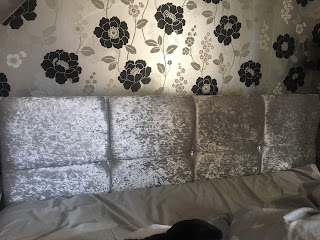 Then we went to put the new headboard on the bed. I bought it off eBay for £27 for a king size one, which I think is an excellent price! We used to have cushions which served as headboards, but recently they've been driving me mad so I'd said I wanted a headboard and this crushed velvet one is ideal. I think we're going to put new wallpaper up at some point this year - this stuff is ten years old and very scuffed in places. There's only wallpaper here, under the stairs which go up to the attic, and on the opposite side of the room on the chimney breast. The others walls are painted and they're in okay condition, so I think it'll just be new paper.

We went to my mum's for a barbecue at about 6pm. It was really warm so we sat outside to eat. 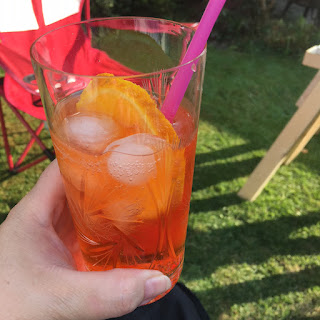 My mum and stepdad have just been to the Italian Lakes for a holiday, where they tried Aperol Spritz for the first time! So they bought a bottle and made some for us. I already like the cocktail, so that's good. 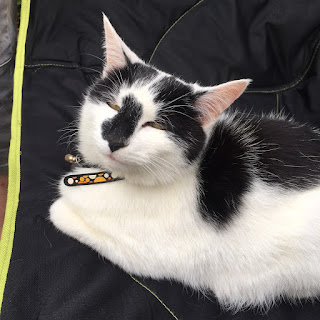 This is one of my mum's cats, Ruben. He is very beautiful and very very stupid. I love him. He's lost quite a bit of weight recently and had to have a tooth out, bless him. It did mean I fed him quite a bit off my plate... 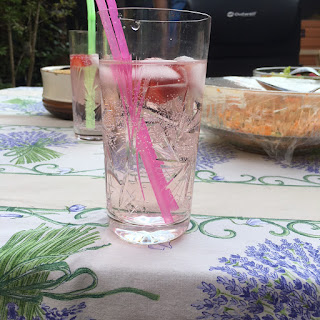 My mum's also just got into gin, so she made me try a pink gin and lemonade. It was okay, but it wouldn't be my first choice of drink.

On Sunday Lee and I had planned a chilled day of doing house stuff and me doing some writing. We had washing to do, all of that exciting stuff. Anyway I said I would make brunch, so I planned avocado toast and poached eggs. Can you believe we've never poached eggs before?! Lee prefers fried eggs and I prefer scrambled, but we both do like poached. I mashed the avocado with some salt, some pepper, and a generous dash of lime juice. I think I would have mashed it into smaller pieces, but Lee was happy. It was really lovely! 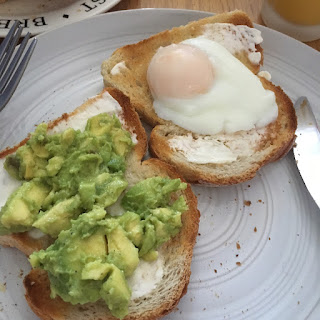