Night Out with Sam and Steph

At the end of July I went out with Sam and Steph in Huddersfield. We did the same last year and had been talking about doing it again, so we made a date and said we'd go to the Turkish restaurant Ephesus.

Steph and I met at the train station at five. Steph had decided to stay over in Huddersfield so she'd already booked into her hotel, and I got the train from my village. We went straight to Ephesus and ordered a bottle of wine while we waited for Sam.

She wasn't too long after us so we ate really early. I had filo cheese parcels and lamb skewer kebab with rice. It's a nice restaurant although the owners are a bit odd and we were one of only two tables in there. But I would recommend it.

Then we headed to Vox and as it was nice and early we managed to get a table and some comfy chairs to sit in. We had three cocktails each in there; we had planned to go to Zephyr a few doors along but since we had a nice seat we were loathe to leave it, so we stayed longer in Vox. I had a Tequila Sunrise (one of my favourite cocktails), an El Diablo (very nice, I would have it again) and a Russian Spring Punch (also very nice and very fizzy). I'm not too sure what the others had!

We headed to the Cherry Tree which is just up from Vox and is a Wetherspoons because pitchers of cocktails are cheap and cheerful in there and I think it's a fun place. It was busy upstairs but quiet downstairs so we headed there. We drank four pitchers between us and god I could tell by the end!

Lee came through to pick me up which was great as I wouldn't have relished getting the last train home. But I had a lovely night with my friends and hopefully it won't be as long before we do it again.

It was just as the heatwave had broken so I was glad I could wear sleeves again, so I put on this blue Scarlett & Jo skirt and was considering what top to wear when I noticed this in the wardrobe. It's from Evans about ten years ago and although you can't tell it has satin on the sleeves which makes it just a bit dressier for a night out. I will have to wear this combo again as I think it looks really nice. 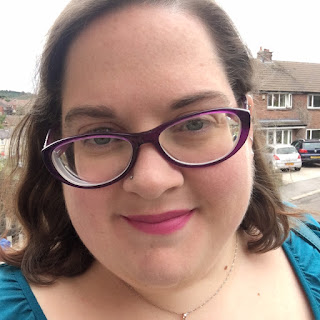 I kept my make up simple because it was still hot, so I just have a bit of concealer, a bit of powder, and some lipstick on here 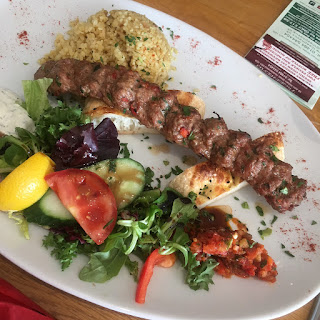 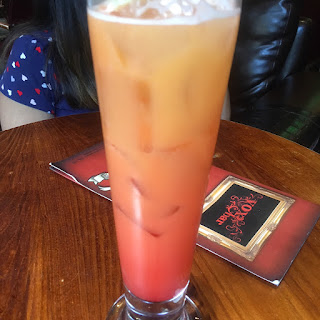 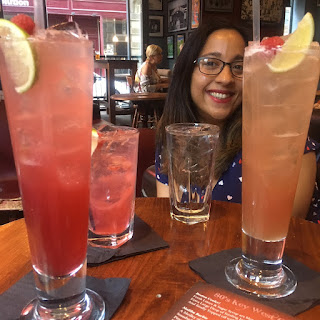 Sam in her natural habitat surrounded by cocktails 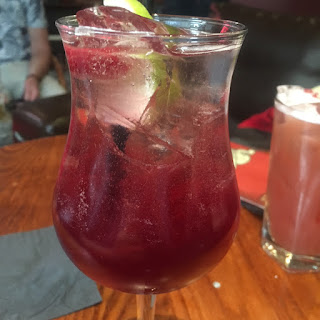 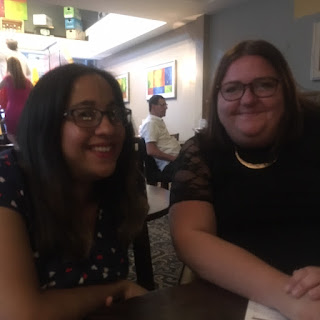 Sam and Steph in Wetherspoons 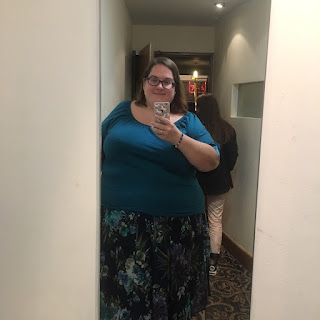 And here's me taking a selfie in the loos!