After Les Mis, as I said, me and Sam and Jacqui had arranged to stay over and then meet Steph for bottomless brunch the next day. As Jacqui couldn't come, Steph took her place in the aparthotel too which was nice! We stayed in the Staycity apartments near Piccadilly station, they were really nice and I'd really recommend them! We'd booked a one bedroom but got upgraded to a two bedroom. It was huge! It was wheelchair accessible which may have made a difference, but it was big. We had a fully accessible bathroom as well as an ensuite, and a lounge/kitchen which was nice to chill out in.

We got up on Saturday morning and each got ready after we'd chilled out for a bit. Then we checked out and went to Affleck's Palace. I haven't been then in well over ten years. The shop on the ground floor was my favourite - I could've spent a lot of money in there but resisted and just treated myself to a necklace and some badges. There's a lift to upper floors, and I liked having a poke round there. There's an art space where you can graffiti stuff and leave notes, which I found really cool. I just enjoyed it, instead of taking photos too.

There was also a photobooth so we spent £12 in it, getting photos in colour, in black and white, and in sepia. I love photobooths and I think it's one of those things you'll never regret doing because the photos are lovely to look back on.

At noon we went downstairs to the Black Dog Ballroom for brunch. We had prebooked, which I think you have to do. We were seated right in front of the kitchen, which was a bit disconcerting, but the staff were really nice and kept us well topped up with prosecco.

I found the food a bit lacking. I went for eggs hollandaise with avocado, and which it was perfectly nice, it wasn't anything spectacular. The halloumi fries were good. The veggie options in general seemed very few in number, so currently I probably wouldn't eat there again.

I did enjoy the prosecco though!

Afterwards we said bye to Steph and headed to Victoria to get on a train to Huddersfield. Then I said bye to Sam and got the train back to my village where Lee picked me up. I was so tired and exhausted but it had been really fun and worthwhile.

Here's my photos from Saturday 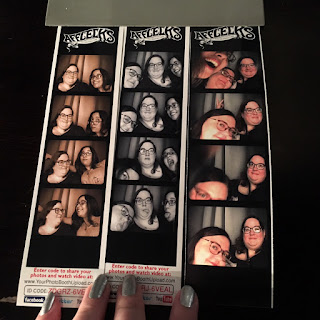 Photobooth photos! You got three strips with each set which is good 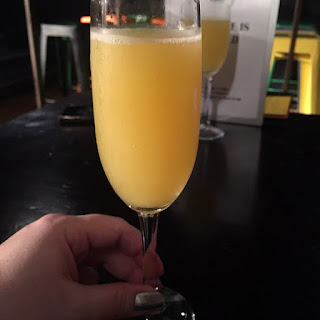 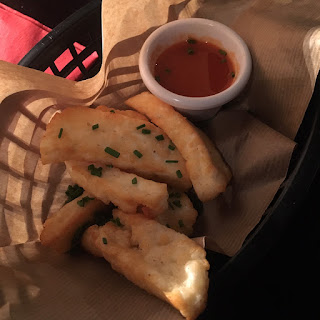 Halloumi fries with a spicy sauce 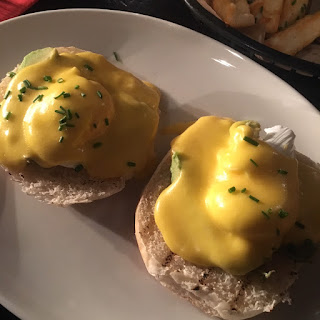 Eggs hollandaise with avocado underneath 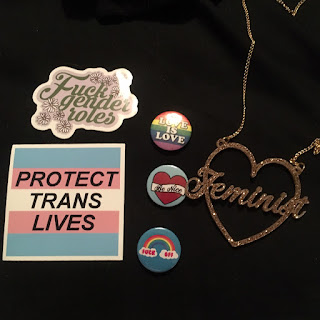 What I bought in Affleck's, the stickers are presents for Lee!