What I Wore 7th March and Meeting Angie Thomas

On 7th March Lee and I went to Bradford to see Angie Thomas, the author. She was on tour from the US and tickets sold out super fast, but I was lucky enough to get two so we set off in plenty of time and then queued outside Waterstones until 6.30. Bradford Waterstones is in the old Wool Exchange building and it is utterly beautiful - I'd love to go back and browse for a while.

Angie was in conversation with a black poet called Sophia, and she talked really passionately about the place her books come from, their political standing within the world, the impact they've had, how they've been censored, and so on. I heartily recommend both her books. The Hate U Give is about a kid who witnesses a cop shoot her friend and who has to then go to court. On the Come Up is about a girl who wants to be a rap star but who is misunderstood by her neighbourhood. They are both fantastic books and excellent for young readers.

After the talk and a question and answer session Angie signed her books, and it was truly an honour to meet her.

Then Lee and I went to Zizzi for food as we had set off before tea. It was getting late but the staff were lovely. I had a goats cheese, onion, and pine nut pizza and Lee just had margherita. Then he had chocolate melt pudding and I had a chocolate and salted caramel brownie which was utterly delicious. It was late when we got home but worth it!

I had pulled on this red Scarlett & Jo dress with hearts on. I have the purple one and Lolly brought this to the last clothes swap so I snaffled it. It's a size smaller than I'd usually wear and I can maybe tell because the waistband comes to just under my boobs, but I think it looks fine and I liked wearing it. I love the red colour! 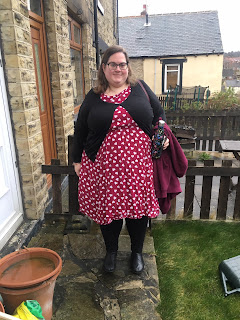 Red dress, black cardigan from H&M a million years ago 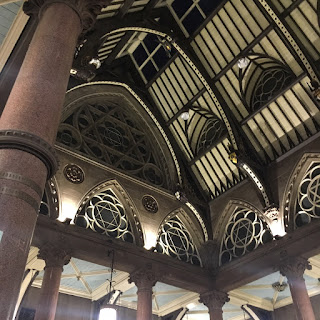 Inside the Wool Exchange 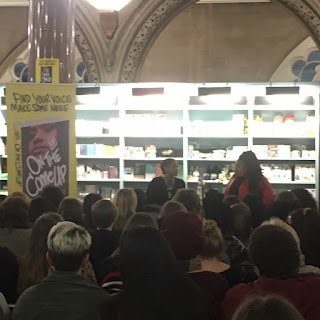 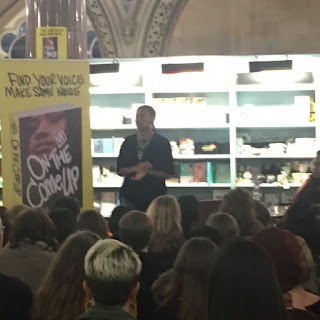 Sophia performed one of her poems which was really good 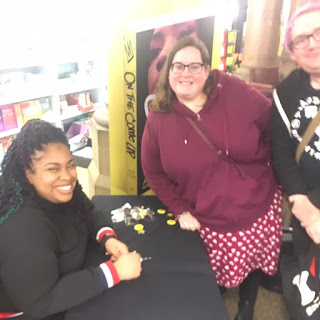 Angie and me and Lee. She's so lovely! 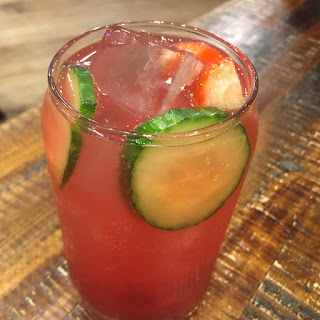 Strawberry and cucumber cooler in Zizzi 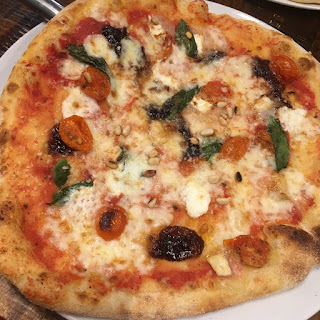 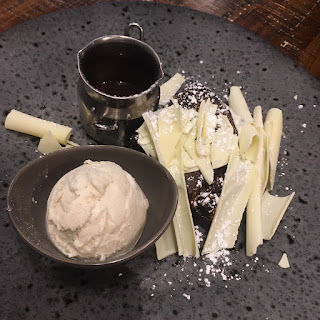 And my very delicious brownie