I had tickets to see Les Miserables at the beginning of March in Manchester. My mum and stepdad were going, and my friends Jacqui and Sam too. We had tickets right up in the gods in the Grand Circle and they were still really expensive! But, I hoped it was going be worth it. Sam and Jac and I decided we would make a bit of a weekend of it so we booked an aparthotel and made plans to meet up with Steph on the Saturday for brunch.

Jacqui wasn't very well so couldn't come, so Steph took the ticket instead, which was really good although I'm sorry Jacqui missed out, obviously. My mum picked me up and we headed across to Manchester and then met up with Sam and Steph.

We went to Turtle Bay for food, which is one of my favourite restaurants ever, everything I've ever eaten there has been delicious and I like the cocktails a lot. My mum and Norman had never been but we assured them they'd like it, and they did! I'm still eating vegetarian so I had chickpea and callaloo curry which was glorious, really spicy and full of complex flavours. We shared some cocktails between us and then headed back towards the theatre.

There's a lift in the Palace Theatre which was great! But the grand circle was so steep, I felt quite dizzy at it and Steph had to help me down the steps (bless her so much!). My mum couldn't handle it though. She's quite scared of heights and felt she was going to fall. So she and Norman ended up standing up at the back where there was at least a barrier between her and the seats. I knew they'd both be in a bit of pain standing up for that long, and I was worried it would have hampered their enjoyment, but afterwards they said it had been fantastic so that's good!

I've never seen Les Mis before. I've been a fan of the music for years, and I love the 2012 film, so I really wanted to see it on tour. And I have to say, even sitting so far away from the stage it was still beautiful and powerful and sounded amazing. All the actors were so good and the staging was fantastic.

I want to see it again! We'll see! 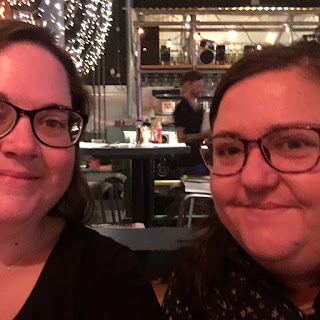 Me and Steph, I really like this photo of me, I just wish it was all of my face! 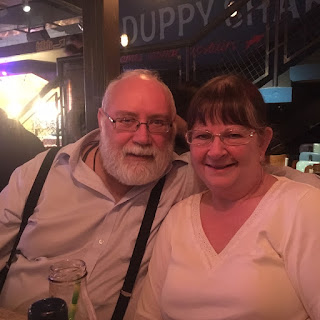 My stepdad and Mum. I don't know why my stepdad can't smile in photos! 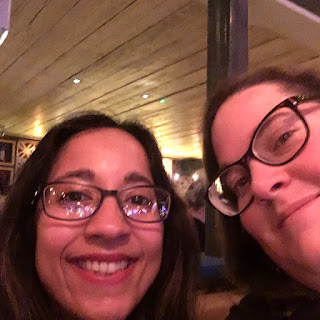 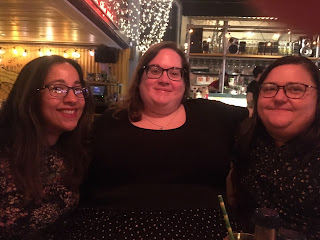 Then my mum took this of all three of us, it's nice isn't it 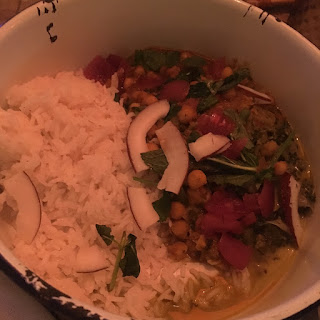 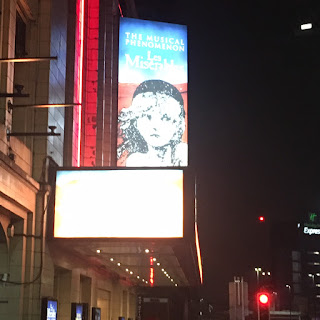 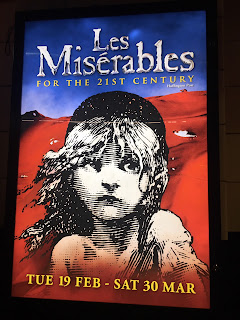 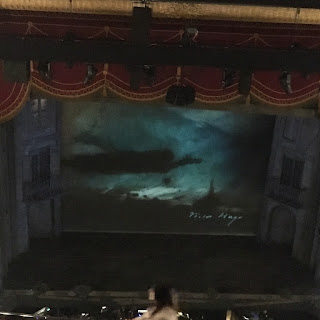 This was the stage curtain at the beginning, and believe me this photo does NOT show how high up we were! 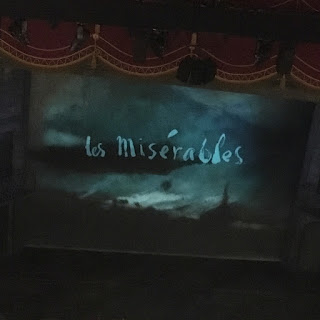 And this was the stage curtain during the interval!