Fantastic Next Conference in Sheffield

At the end of April I went to a conference in Sheffield all about fandom. It was called Fantastic conference and was thinking critically about several facets of fandom. Everyone there was a fan of something and it was really interesting to talk to people about fan studies and about their fandoms. Most people were academics, but as someone who isn't, I didn't feel unwelcome or out of place. I really enjoyed it and will go if it runs again next year!

I got brunch with my friend Laura on Thursday as she brought across some truly excellent leftover vegetable pilaf for me, and then she dropped me off at the station in my village which goes straight to Sheffield. It's quite a nice trip, I never minded it when I was at uni. I got a taxi to the building we were in and met Miriam outside. She and I met through a clothes swap a few years ago and have several things in common, including Manic Street Preachers fandom. She was one of the organisers so I'm glad I could go and support the conference. I went inside and upstairs and registered.

On Thursday evening there was a screening of Velvet Goldmine but I was feeling really tired so Lee came to pick me up instead. I've seen it before anyway, it's one of my favourite films!

I had to leave home bright and early on Friday morning to get to Sheffield for 8.50 to start Friday. It was fine, there were hot drinks and biscuits to greet me. It was a full on day of speeches and panels, but so interesting and so much fun. Lunch was fabulous, and we also had a zine workshop in the afternoon which was fun. I learnt so much and I'm so glad I took the chance and went.

Afterwards quite a few attendees went across to Revolucion de Cuba for something to eat and some drinks, which was unexpected and really lovely. I'm glad I did that, too! I left around 8pm and got the train home. I was absolutely exhausted so we just got straight into bed and I watched Emmerdale!

Here's a few photos from the conference. 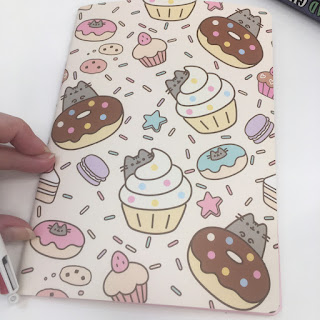 Everyone needs a very sensible and grown up notebook for a conference, so I took this Pusheen one 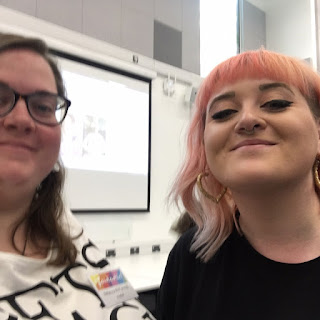 Me and Eve! It was so nice to meet her in real life as we've been Twitter friends for a while now 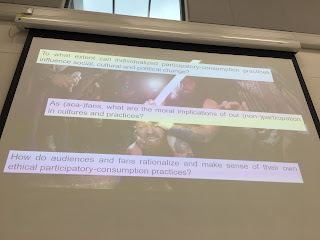 Some of the slides from panellists 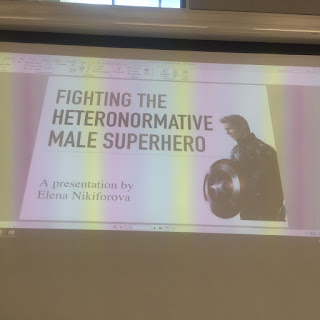 This one was so interesting! 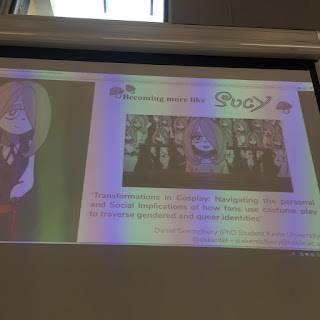 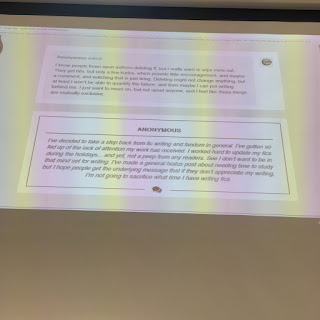 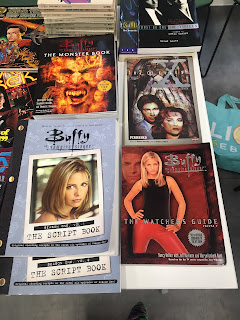 There was a bookshop! I bought three Star Wars books, but I wanted to make sure my BFFs didn't want any of these Buffy books. Turned out they already had them! 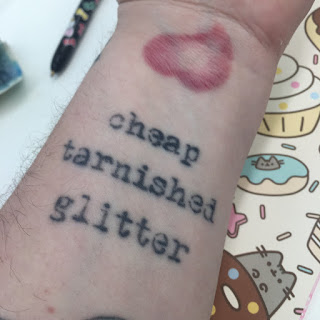 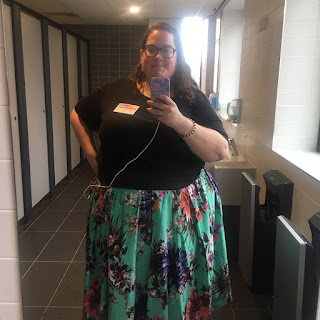 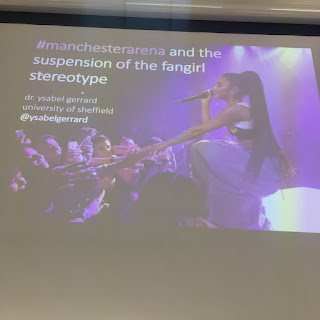 The final speech, which was so interesting such a good closing panel 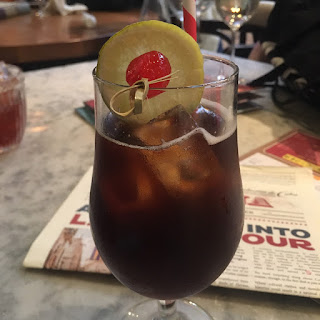 This cocktail was called a Men's Ruin, mwahahaha 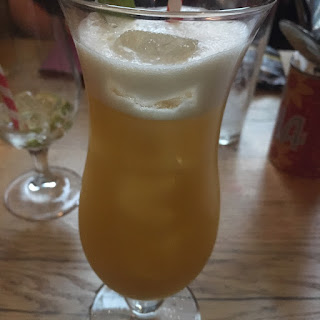 And this was a Bananarama 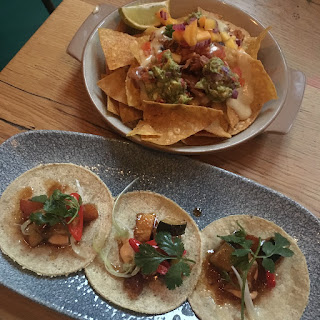 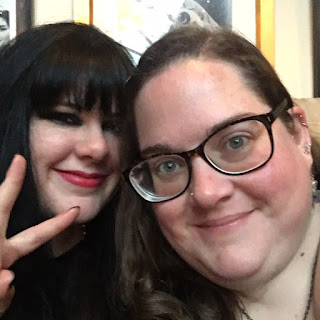 And finally here's me and Claire, someone else I was really happy to meet in person!

Email ThisBlogThis!Share to TwitterShare to FacebookShare to Pinterest
Labels: conference, scarlett and jo