On Friday 5th April I went to Fox Valley shopping centre in Stocksbridge to meet my friend R for lunch. We haven't seen each other in ages but it was Easter holidays in some parts of Sheffield so we didn't want anywhere too busy. I suggested Fox Valley as it's about equidistant between our houses, and I hadn't been in ages.

I arrived early and went into Paperchase looking for a couple of bits I needed for our vow renewal. Which will have happened by the time you read this! It's really exciting but also quite stressful, there's lots that needs doing and I wish it would all do itself!

R arrived with her little boy M and we looked at each of the restaurants before deciding on the Zorro lounge. There were lots of people with kids inside and it has a really relaxed atmosphere. M had a high chair and although he's only met me once before he was very happy to play with my bracelet and let me bop his nose.

The menu is quite varied, it has a lot of diner type items of food and plenty of vegetarian options and even some vegan options I think. They serve brunch all day, meaning I'll have to take Lee at some point because he likes brunch too. R and I both went for the big veggie breakfast and it was SO GOOD. I am so glad I chose it. I also got a vanilla milkshake, but I didn't think that was anything special. It was a bit thin for a milkshake for me.

We went in a few other shops after food, and then said our goodbyes. I followed my satnav to and from Fox Valley and it took me two different ways, I'm not entirely sure why but on the way back it brought me up hill and down dale, which was nice in the spring sunshine!

I was wearing a black skirt that I got at a clothes swap, and a mustard top that I bought a couple of weeks ago in Meadowhall, both from Yours clothing. I am really liking mustard at the moment and this top is really soft and comfortable to wear.

Later on a group I follow on Facebook was posting selfies so I took this one of me in my pyjamas, and ended up really liking it! So I shared it with the internet, obviously. 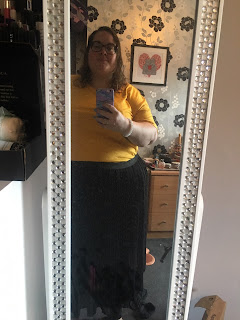 Mustard top and black skirt, in my bedroom mirror! 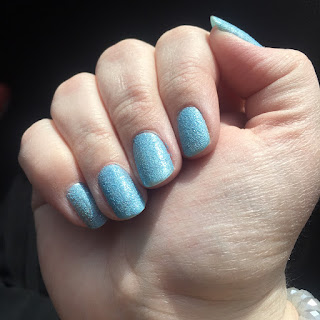 My nails were painted in Rimmel's sweetie crush nail polish. I like it, it's textured so a bit off at first but I think it looks nice 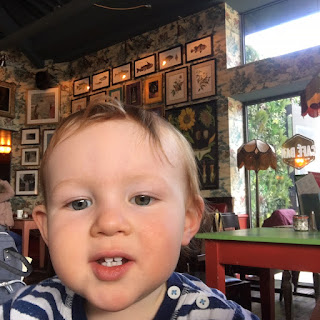 M was very interested in my phone, isn't he cute? 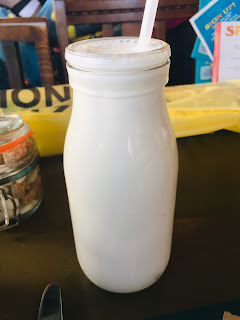 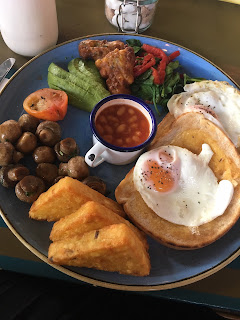 Breakfast! There was avocado, mushrooms, hash browns, two eggs on toast, wilted spinach and peppers, beans, and halloumi and sweetcorn fritters. It was all marvellous. 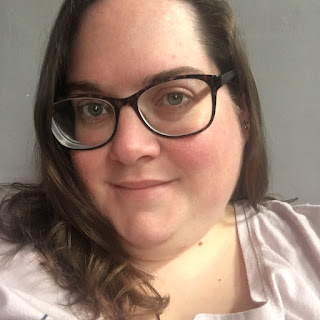 And this is the lovely selfie I took later!