What We Did 3rd of May

Lee had the 3rd of May off because we had a ton of things to do for the vow renewal. I wanted it to be a relaxed day and fun too, and it was!

In the morning we set off to pick up the cake from Marks & Spencer. I've always said that the worst thing about our wedding was the cake; it was quite dry and didn't taste that nice, and definitely wasn't worth what we paid for it. I was happy to have the opportunity to do it again, so I just ordered three tiers from M&S - two vanilla and one chocolate - with the intention of decorating it myself. It didn't cost too much either!

Then I said I'd treat us to lunch at Yo Sushi. It's one of my favourite places, and I'm really impressed by the number of new vegetarian and vegan dishes that they've made. Lee isn't keen on the stuff on the belt, but he likes a lot of the hot dishes so he was happy about it. I had a ton of stuff including a new tofu noodle dish which was really spicy and delicious. It would be perfect if you had a cold! Lee is eating chicken so he had some of the Japanese fried chicken and said it was really good. When I ordered at first, I ordered two veggie things and the fries, and the person picked up on the fact I'm vegetarian and said she'd do the fries without tuna flakes. I wasn't even aware it was tuna flakes on them, so I was impressed, and will bear that in mind in the future.

On the way back to the car I stopped by the Benefit counter in House of Fraser. I needed some concealer for the next day and ended up buying that, a mascara which made my lashes look AMAZING, and some primer. The make up artist also gave me a make up bag and some free samples, which was really nice of her! I was impressed.

We then went to Morrison's in Barnsley to pick up some lunch bits that I had ordered for the next day and to buy stuff we needed for the evening of the vow renewal. My uncle was in charge of food and he did SUCH a good job. He and my aunt made beef chilli, and Lee and I made a vegan Thai curry for the veggies and vegans so we needed to get stuff for that. Once we got home Sam and Jacqui weren't far behind us.

They were staying over in the village for two nights and had volunteered to come and help us on Friday night which was really lovely of them. We ordered pizza and I opened one of the bottle of champagne I got for Christmas because I wanted to share it with my friends. After we'd eaten Sam helped Lee make the curry and Jac and me decorated the cake.

We'd ordered Star Wars ribbon, some mini figures, and the rainbow cake topper in plenty of time, so I made some runny icing to stick everything on. Jacqui and I had a lot of fun trying to get everything stuck down in the right place. Jacqui was being the red bridesmaid in my rainbow so she borrowed a bunch of nail polishes too. We had a fun evening. I had to stay up really late for people to arrive from London, but eventually we got to bed! 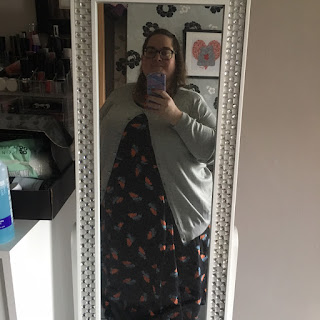 I was wearing this Scarlett & Jo dress that I find easy to just pop on, and a new grey cardigan from Simply Be 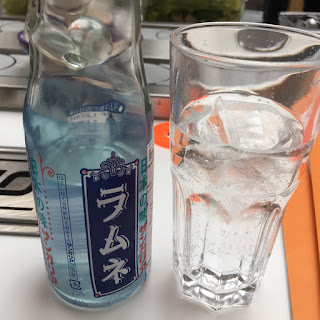 I love the marble soda in Yo Sushi, it tastes so yummy 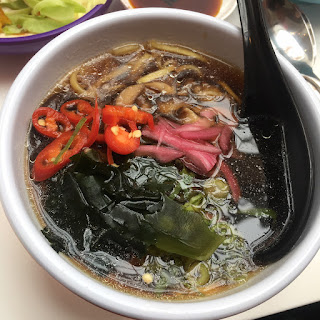 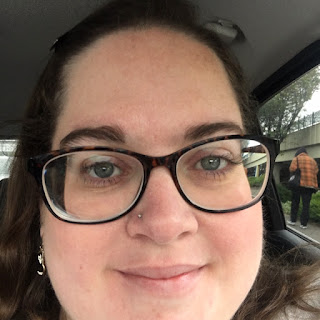 The rest of my face looked knackered, but my eyes looked good! 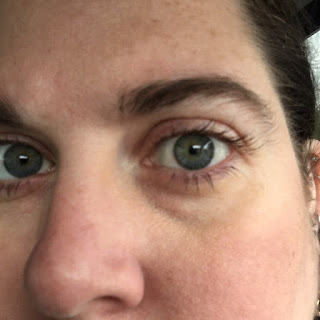 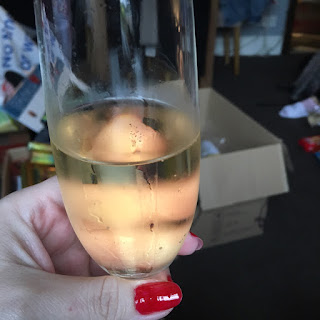 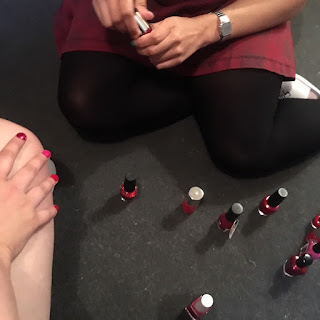 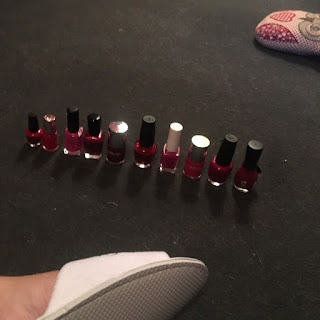 She couldn't choose which red so just chose lots 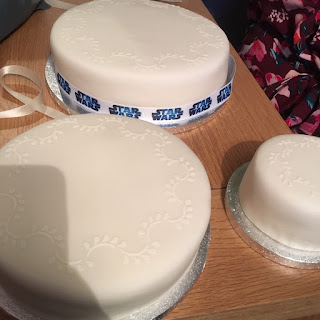 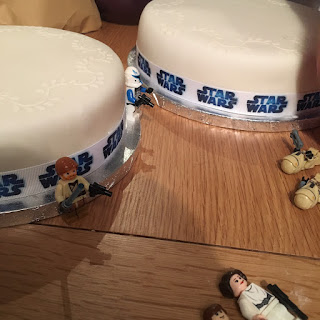 Some of the mini figures 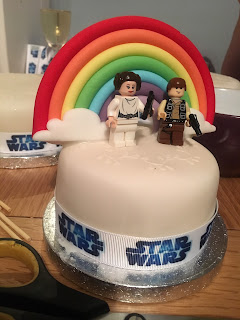 Leia and Han and the rainbow topper on top of the little cake, held up with skewers! 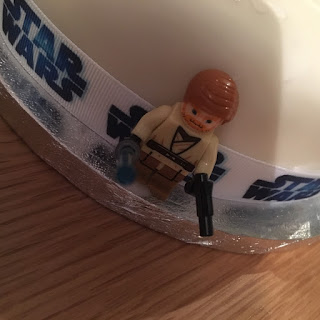 Luke, possibly, although we thought it looked more like Ewan as Obi Wan? 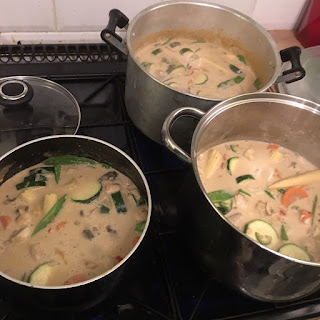 Three pans of curry bubbling away!