Well, the fourth day was actually the day we came home. We'd planned to be in Cowes so that we wouldn't have far to drive back to the ferry on the Monday morning. We had breakfast and checked out, and were on the road by 9.35 to drive the 1.2 miles to the ferry port to check in by 10am. Simple, right? We had to cross the river which meant going on the chain link ferry across, which wasn't signed very well. Eventually we got on it and we were both starting to panic a little bit. Then we joined a queue and then we just stopped moving. We couldn't work out where we were supposed to be or anything, but it turned out that the queue we were in was for the ferry port. It's tiny! But there was a problem with the 10.30 ferry and it was cancelled.

The port was packed, and it was hot, and no one seemed to know what was going on. We were told we'd probably be on the 11.30 ferry and put on standby, so we then just sat back and waited. As it turns out, it looks like we were lucky to be on that ferry as plenty of others ended up waiting for hours. We finally got back to the mainland at about 12.40 and set off back to London for me to pick up my car.

We ran into traffic and we were just both knackered. We had planned on getting lunch near Von's house but I had wanted to set off by 3pm and by the time we got back to her place it was 2.45pm, so I just set off home. I actually had an easy drive home and got back just after 6pm. Whew!

It was such a lovely weekend - lovely to spend the time with Von, lovely places we stayed and things we saw, and the island is so gorgeous and has plenty to do. I'll definitely go again and take Lee! 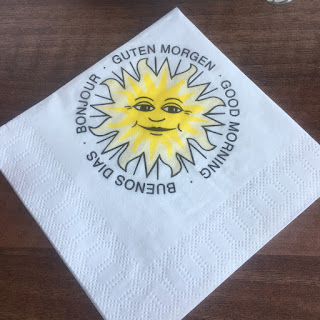 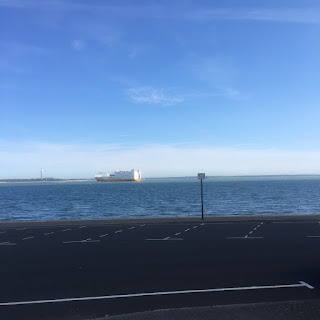 The ferry going back to Southampton at about 9.30 - possibly the last one that was running on time! 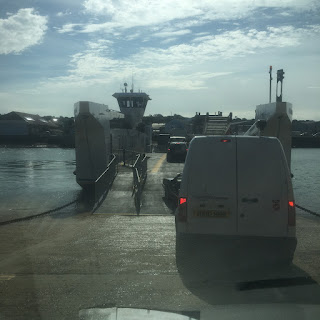 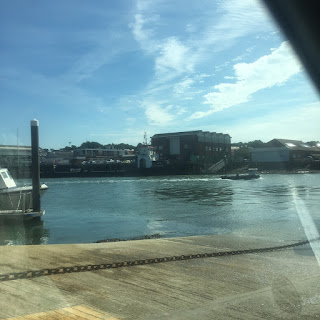 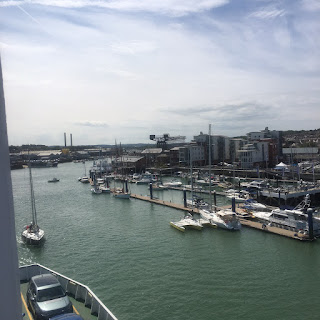 Finally on the ferry, here's Cowes as we said goodbye to it. 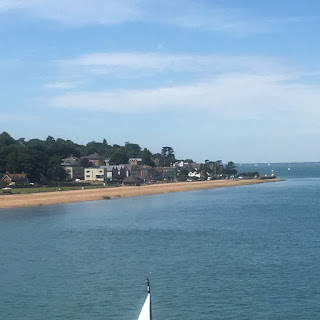 And finally, here's where we stayed on Egypt Point. Our hotel is the white roofed building just to the right of the dead centre of the photo. Until next time!