Three years ago Sam and I went camping with my friend Amy and some friends, as seen here. Well this weekend Lee and I returned to the same place with Amy and friends. Lee hadn't been before but I think he enjoyed himself. We had pretty terrible weather; it was really windy through the night on Friday night, and it rained quite a bit too. On Saturday morning loads of campers just abandoned their tents and there was a queue to get off the island as there was a flood on the causeway! It was like an apocalypse!

We had a group shelter for sitting in which unfortunately got broken, so we moved our communal area into the woods which was cosy, but still a bit wet. Much less windy though! We take it in turns to cook for each other which is so lovely. Lee and I did chilli and bread, a beef chilli and a veggie one, with cheese and homemade salsa and sour cream. Perfect for camping as it warms you up!

During the day on Saturday we went up to the tavern on the site and played Articulate, and then we had a bit of a wander on the beach. It wasn't freezing, but the wind was blowing so hard.

Here's some pictures Lee took. The tide was far out, the waves were huge, but yes, two of our group went swimming... 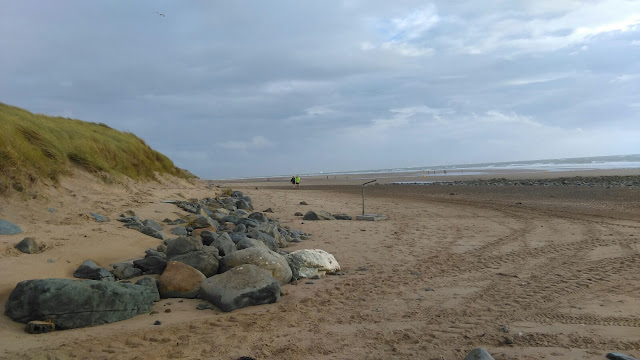 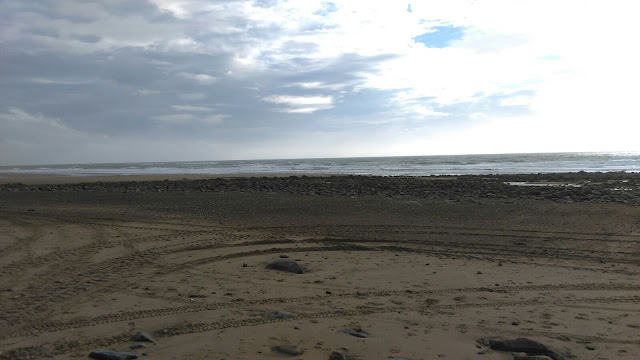 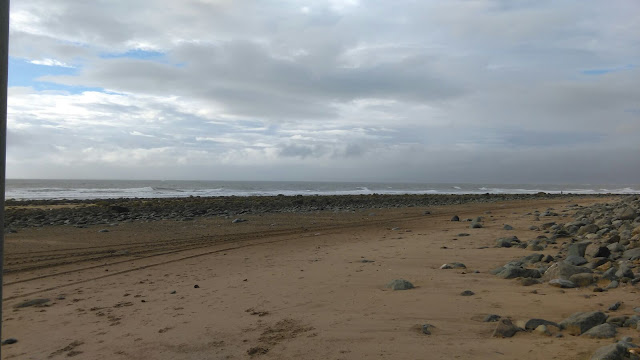