I recently completed this handmade rabbit and wanted to show her off a bit. She is called Luna Lapin and there's a whole community around making her! I first saw her last year when someone at my craft club brought her to make at craft club, and then someone else did too. My grandma gave me some money for my birthday back in January and I thought, oh I'm going to buy myself a Luna kit. My grandma likes it when you spend the money on "something" and can tell her about it. So I was determined to buy it.

The shop that makes Luna is called Cool Crafting and it's located in Kendal in Cumbria. Lynne, one of the people who made Luna at craft club, had been to the shop early in the year to buy her kit. I looked online, but didn't fully understand what I needed to buy to make Luna and also have the book where her friends are involved too. Then I thought maybe I'd like to go to the shop, so Lee and I made plans to do that at the end of March. Ha, that worked out well, didn't it? Lockdown happened, meaning we weren't going anywhere!

I rang the shop to ask. The maker of Luna, Sarah Peel, owns the shop. It was around the 24th of March aned she was quite busy but really helpful. She explained to me that I should buy the Luna & Friends book as it's got the patterns for Luna and all her friends, (no surprise there, and I liked the look of her cat friend Clementine), and then the "remake" kit for Luna which includes everything you need for her, down to needles, thread, and wool for her pom pom tail. I placed the order and everything arrived only a few days later, lovingly packaged by Sarah. She had signed the book for me too, which was nice.

I looked at the patterns, the kit, the instructions, and just thought, oh nope, I don't understand that. I got Lee to help me. We traced the pattern on to tissue paper, then used those to cut out the felt. It was fine actually, just a bit daunting! I used an air soluble pen to make marks on the cut out bits.

I started with the ears. They're partly felt and partly a ditsy print. You have to sew them then turn them inside out which I found quite easy to do. Then you're supposed to press them. Now Lee and I don't actually own an ironing board. We have an iron but rarely use it. But I bought a tabletop ironing board for about £12 and it arrived quickly. It's really good! I pressed the ears and then sewed them into the head. That was the most complicated part. I had to talk it through with my mum to make sure I understood it right. They can be sewn with a machine, which I of course own now!

Everything else is hand sewn. I quite like hand sewing, I found it quite calming and meditative. Most of it is oversewn so that the seams sew on the outside. I did the legs and sewed them into the body, and posted a photo on Instagram. It turned out I'd done them wrong! I got one comment that was quite nice, just telling me, but then two comments that were really rude and sarcastic. Why?! I undid the legs and did them again, yay I got them the right way round this time!

Everything came together quite quickly after that. I finished her off one afternoon while video chatting to my friend Sarah. You attach her arms by sewing the buttons through from one side to the other, sewing both on at once. It was quite fun! I had already sewn her eyes on, but done them wrong, so I did them again.

And then she's done! She isn't perfect - some of my stitches are really wonky, and her head isn't as stuffed as I would really like it to be. She's quite thin faced! But she's lovely! I really like her. I'm now looking forward to making some clothes for her. I think I'll start with some knickers to make her decent! I've also bought black and white felt to make Clementine! 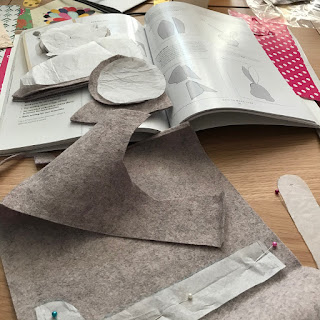 Cutting out the pieces 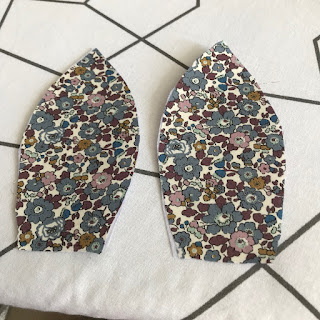 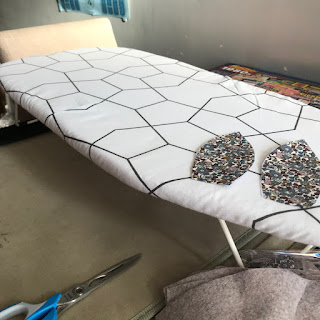 Look at the cute little ironing board! 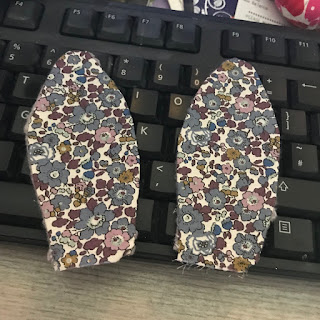 Her ears all done 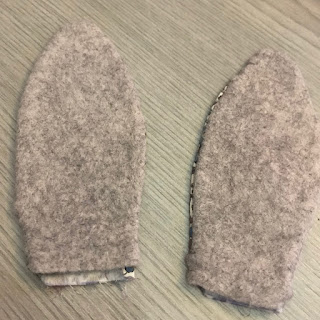 And the other side. My mum is a seamstress so she was really interested in my progress and now says she's very proud! 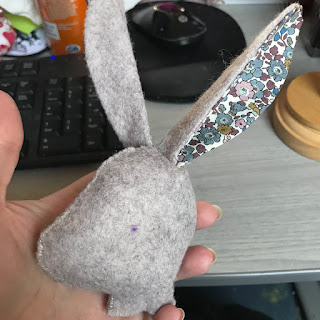 Once I got the ears sewn into the head 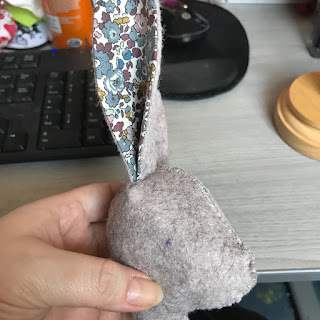 The other side. Here's where I should have put more stuffing in, but I didn't know that 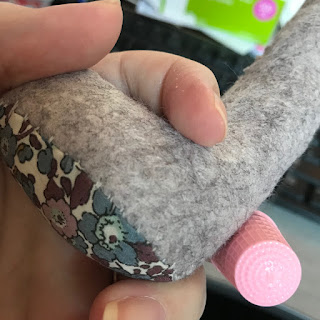 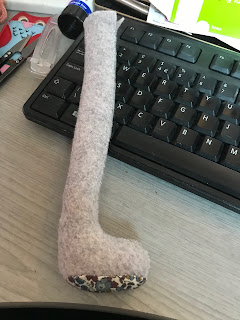 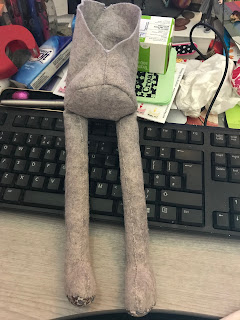 This is where she was wrong - her legs should be at the front of her body with her feet facing forwards, not at the back like they are here. But it was easily undone 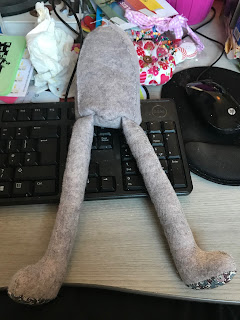 Here she is with her legs on the proper side of her body! 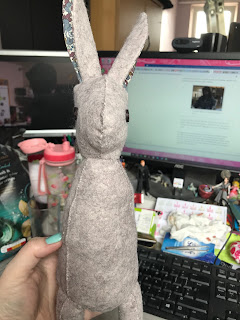 Now she has a head! 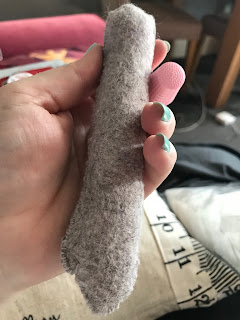 One little arm sewn, with thumb 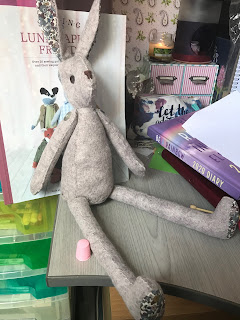 And here she is all put together with her arms and her eyes! Isn't she so cute? I really like her! I'm excited to make her some clothes!
Posted by Rebecca at Wednesday, June 10, 2020