Morning Out in May

Lee and I needed to run some errands one morning in May so we headed into town. We parked the car and walked down the precinct with the view to going to M&S. However, the queue was ridiculously long and all the benches in the town centre were cordoned off so I couldn't have sat and waited. I understand why, but it does mean the town centre is now less accessible for disabled people, which is pretty crap. And someone pointed out that it's within the rules now to rest on a bench if you're exercising, which wouldn't be possible on these benches. It's kind of annoying!

Anyway, there's a newish coffee shop on one corner of the new leisureplex they're building in Barnsley (although I feel like it'll never be finished, the virus crisis won't have helped matters!) and Lee and I had been a few months ago when we were in town. It was nice. It happened to be open today! There was no queue and there was like a barrier to show you where to go. Inside there were two members of staff. Lee and I have really missed our takeaway coffee - I'm guessing we would on average get it maybe once a fortnight on our way to or from something else. We have a joint account, but each have some money in our own accounts that we're allowed to spend on whatever, and we often treat each other to a coffee from our own accounts. It's something so small but feels nice to treat each other! So we've missed it. So we took the opportunity and got some coffee. I went for a decaf iced latte with caramel syrup, which was really nice because it was a hot day.

The town centre, which is usually bustling, was just so quiet. Lockdown is easing but most people are still staying at home if they can, which is sensible. I do wonder what it'll look like in a couple of weeks when shops start to open again. I do think queues will just be ridiculous to start off with, so I'll still be avoiding them! I don't need to buy anything that badly I don't think!

We drove to the big park in Barnsley. We had put our camping chairs in the car so we walked a bit and then found a shady tree to sit under while we drank our drinks. There were quite a few people n the park, but everyone was a sensible amount of space away from each other. We sat there for quite a while - I'd taken my book. It was SO lovely to sit in some green space and enjoy the fresh air and the feel of the dirt under my feet. I've really missed it. We are lucky to have a garden but it's not huge. I was really grateful for a wide open space! 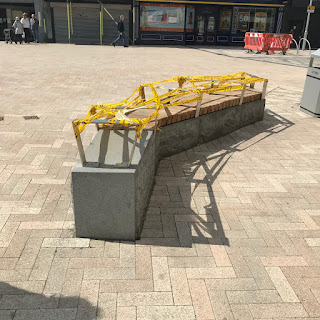 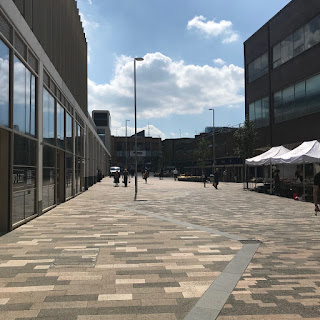 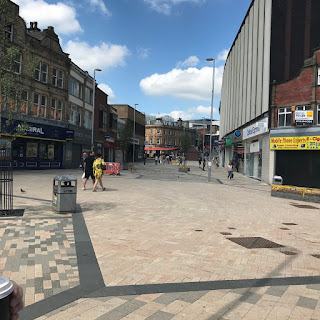 This is looking the other way. Barnsley town centre has seen a lot of economic downturn and I think this crisis will exacerbate that 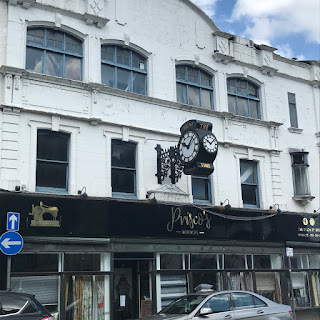 I love this old building and clock, and look at the sewing machine on the sign! Barnsley cinema is just along from here 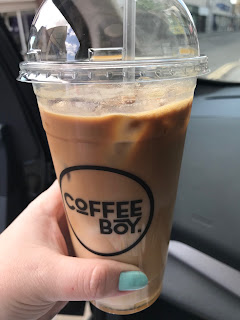 Coffee! Honestly it was so good 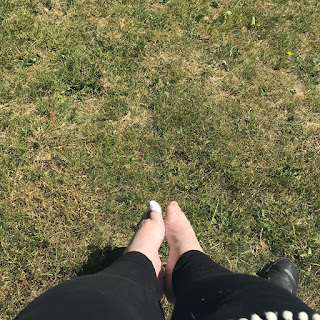