Several months ago Beth held a book swap and I signed up. I was paired with Cathy and we dutifully exchanged emails about what books we like, and I bought a couple on eBay for her, and then I think we both forgot about it. We remembered and when I finally got my ass to a Waterstones, I got the rest of her books. In the meantime I'd received an amazing box from Cathy, so I wanted to post about them. Better late than never! 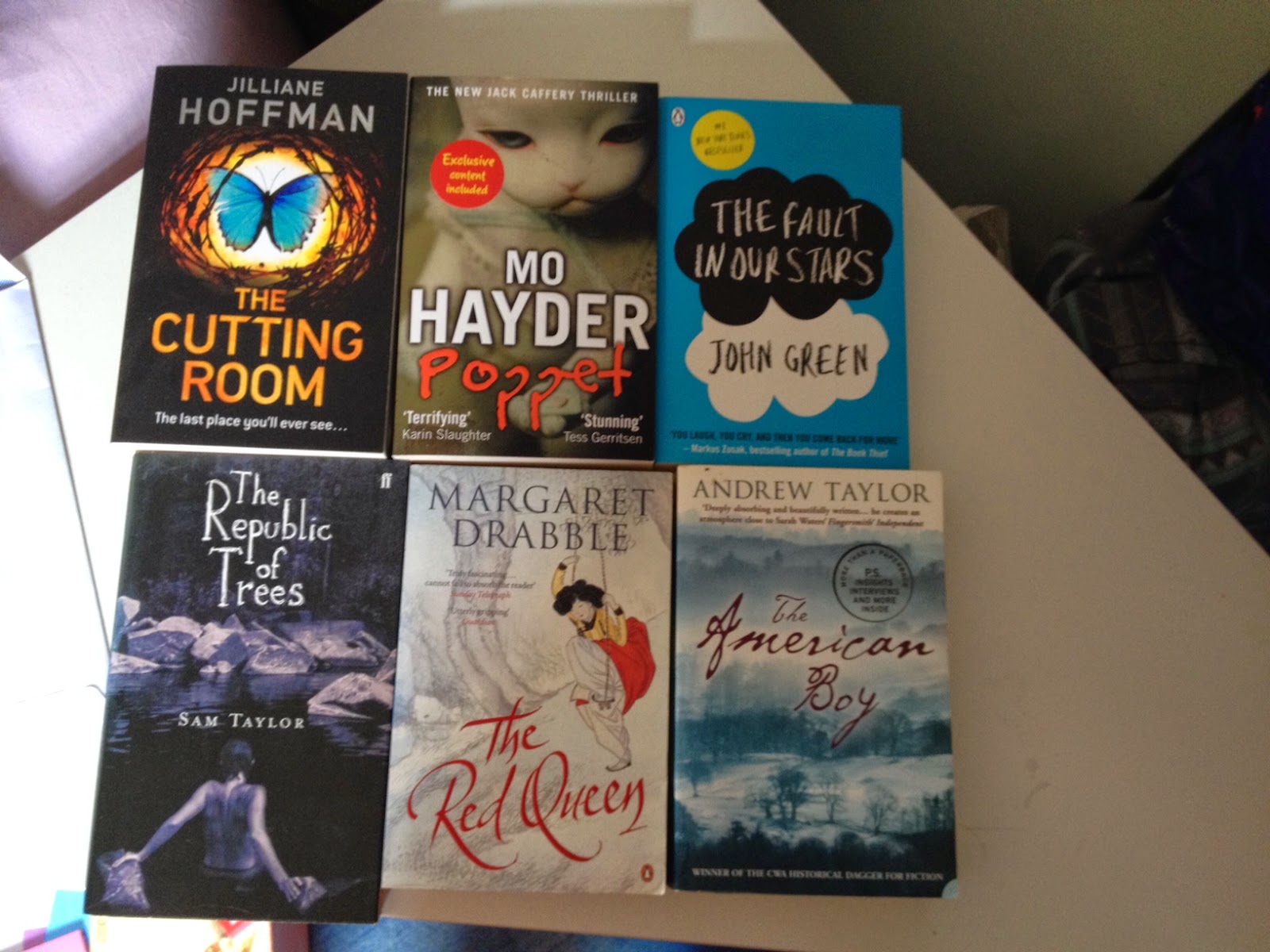 I like loooots of different types of books. My main passion is Young Adult literature as that's what I'm writing. I also love crime because it's really escapist for me, but there isn't really a genre that I *won't* read. You can see that Cathy catered to my tastes and more! The books are:

The Cutting Room by Jilliane Hoffman
This looks like a good crime novel!

Poppet by Mo Hayder
How petrifying is that cover?! Cathy said that was partly why she chose it. I think I'll have nightmares!

The Fault In Our Stars by John Green
I haven't actually read any John Green, even though I know that loads of YA readers love him, so this will be my first foray!

The Republic of Trees by Sam Taylor
The blurb says that this is chilling, which I really love. I don't like scary films but scary books are great!
(My favourite scary book is The Shining by Stephen King)

The Red Queen by Margaret Drabble
I haven't read anything by Drabble before but I've heard she's good. This book is partly set in 18th century Korea which appeals to me as I like to read stuff that isn't set in Britain or America.

The American Boy by Andrew Taylor
This is a crime novel set in early 19th century England, but the boy in question is Edgar Allen Poe. I like novels that mix fact and fiction when nobody knows what the truth is. I also share my birthday with Poe so I have a bit of a soft spot for him!

So there you have it! I was so thrilled to received these books and I hope Cathy liked the ones I sent her just as much!