A friend of mine, Cass, got some funding to do a Wooly Bike Trail as part of the Yorkshire Festival which is happening because the Tour de France Grand Depart was in Yorkshire. I'm actually really impressed with how much arts stuff there was around during the Tour, not just sports stuff. It has been a fantastic spotlight on Yorkshire!

Cass' idea was to have 10 themed bikes, knitted and crocheted in 10 towns and cities throughout Yorkshire. She held 20 workshops in the towns and loooooads of people went along to help. On 3rd July the bikes all went on display in Sheffield Cathedral and I went along. It was great to see them en masse! They will remain there until 3rd August when they'll mostly return to the towns where they were made. 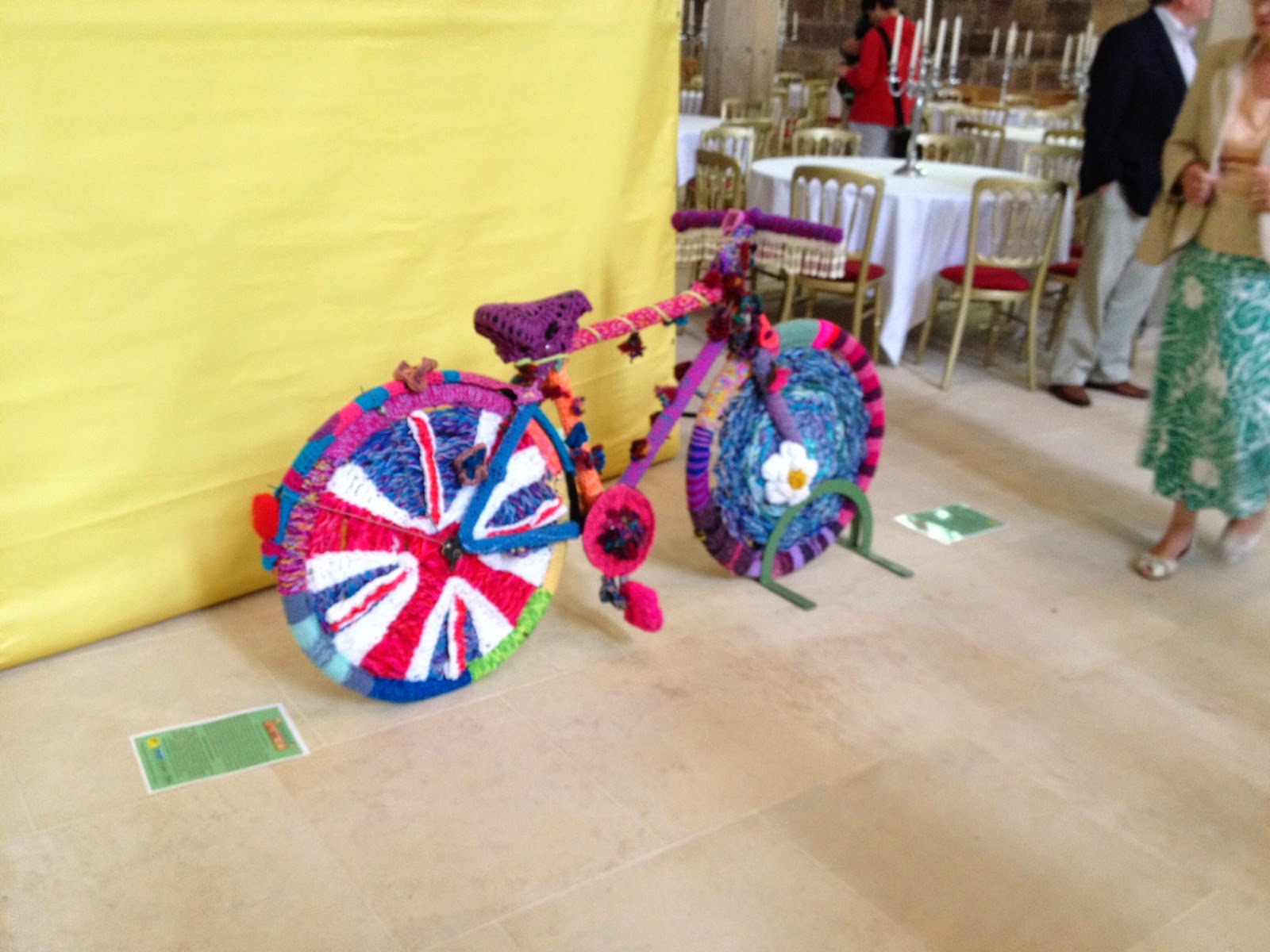 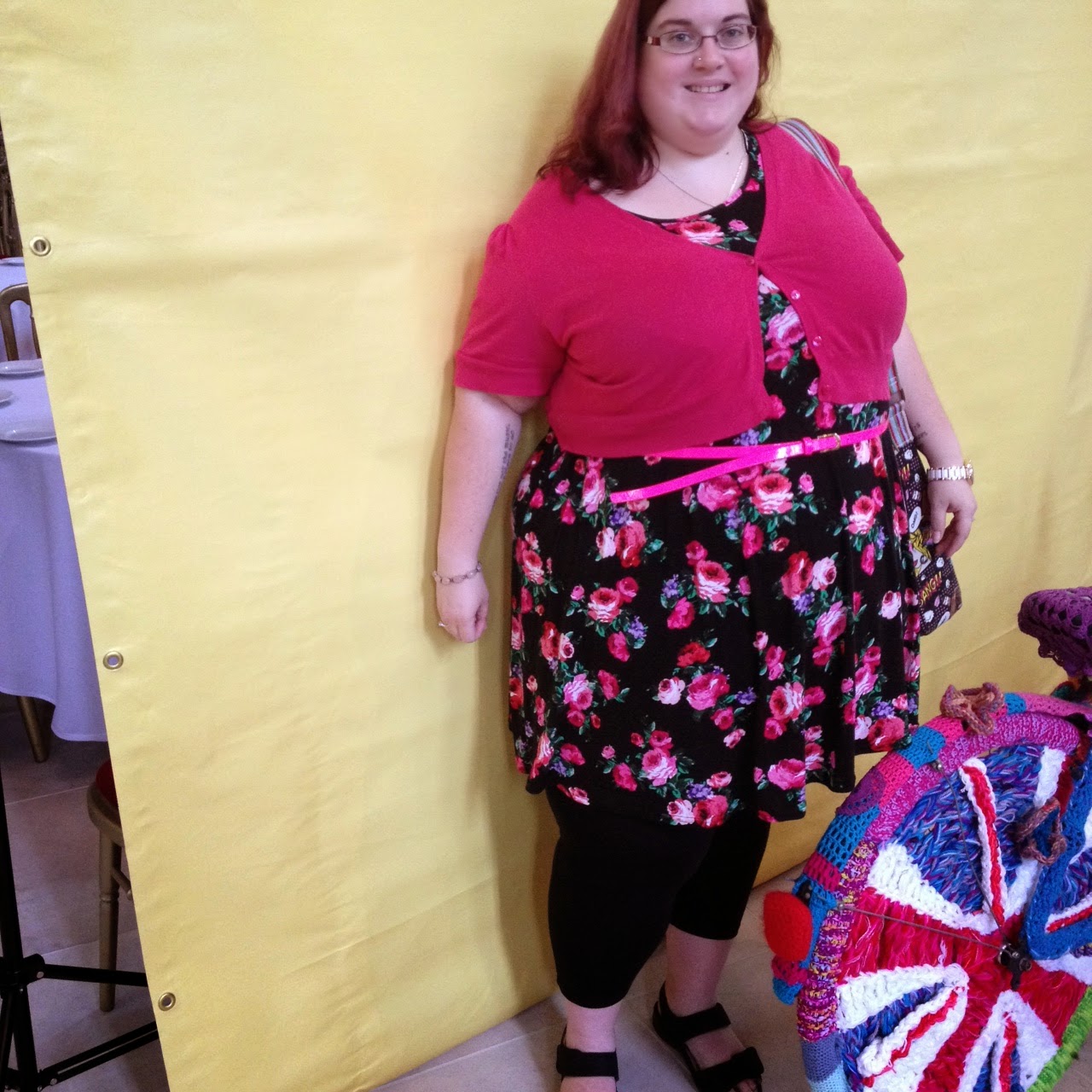 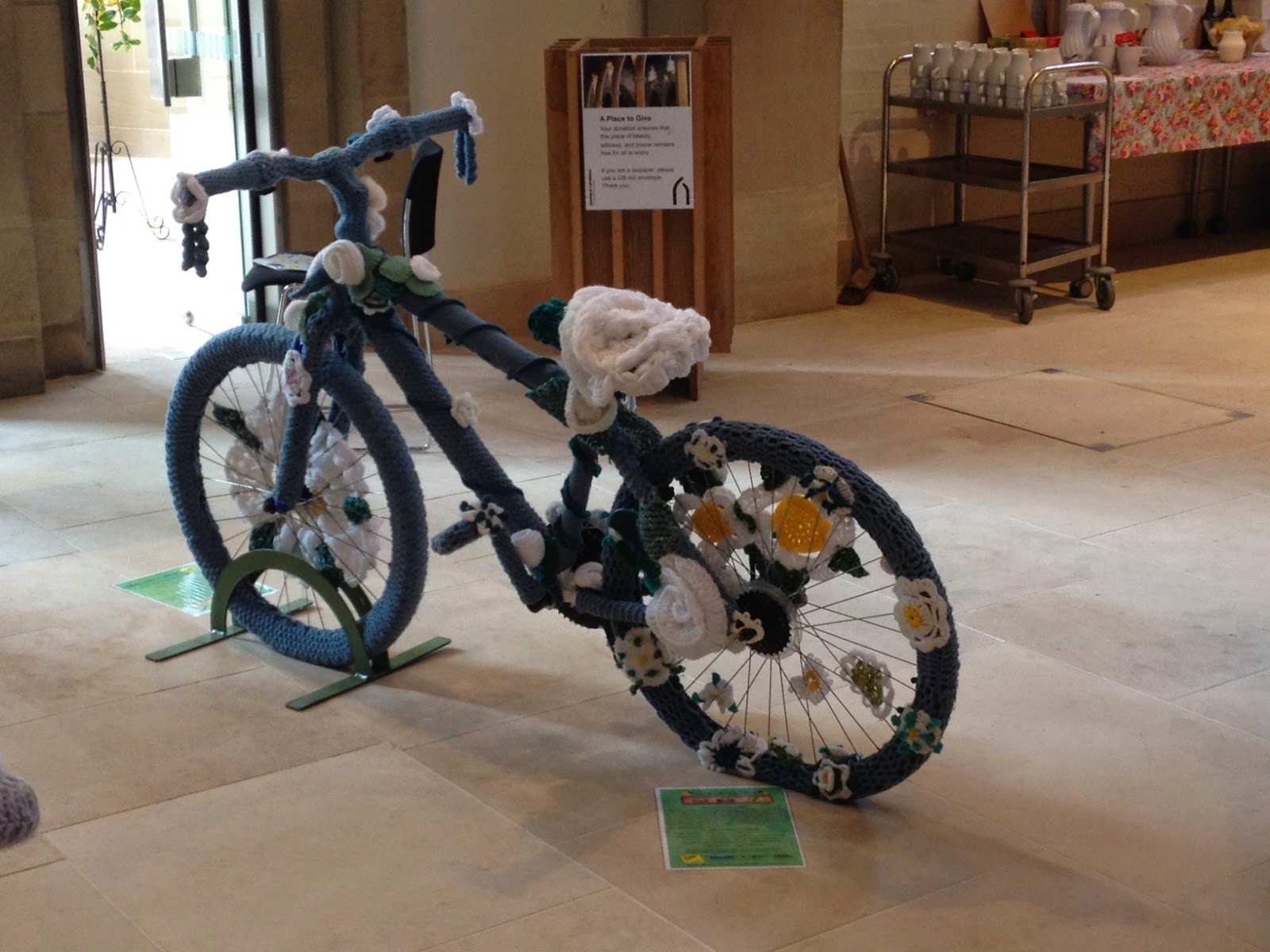 This last photo is the Leeds bike, as you can see it's all Yorkshire white roses!

Do go and see the bikes if you're in Sheffield!