So you probably saw on the news that a lot of Yorkshire, Lancashire, and Cumbria got flooding in December, especially on Boxing Day. Where I live in Barnsley we're not at risk of flooding at all. Wakefield had terrible floods in 2007 when Sheffield did. On Boxing Day Lee drove my grandma home (he was the only sober one) and we went down to the river Calder near her house. It was incredibly high. There had been a barge stuck under the footbridge which leads across to the Hepworth museum, so there was a policewoman guarding it to stop anyone crossing it. They had also shut the newer Chantry Bridge to traffic. 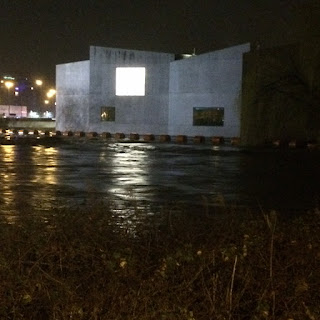 This is the Hepworth gallery (named after sculptor Barbara Hepworth who was born in Wakefield). The orange line of buoys you can vaguely see should be strung along the weir to the right of the photo, but they came loose and were right over the other side of the river. 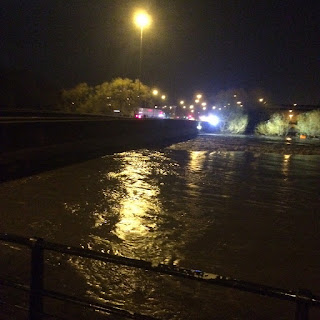 This is Chantry Bridge, the new one. It was closed because there was no gap between the water and the bridge so the weight of the water was really strong. 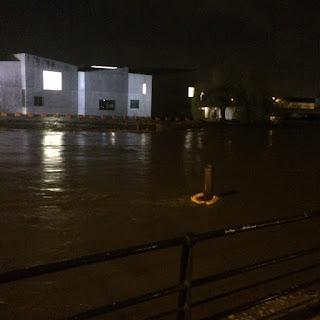 That life preserver is usually on dry ground, hanging from the wooden stake. 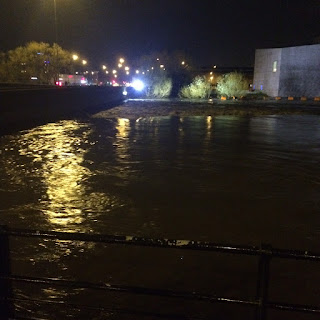 The water was only about six inches below the bottom of the railing, it may well have come over on to the path later. 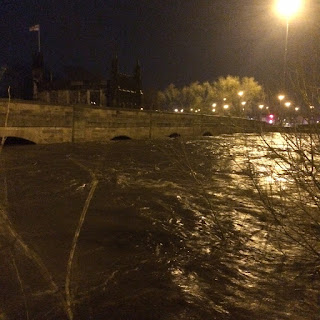 This is the old Chantry Bridge, with the Chantry Chapel on it. It's been closed to cars for my whole life, but you can still walk on it. Can you see how high the water is against the arches? My mum said she'd never seen it so high. 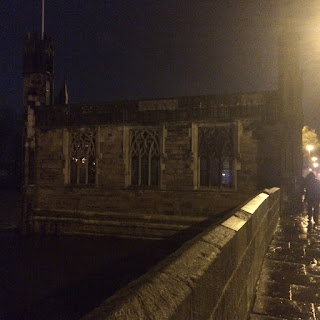 I thought I'd take a picture of the very beautiful Chantry Chapel. 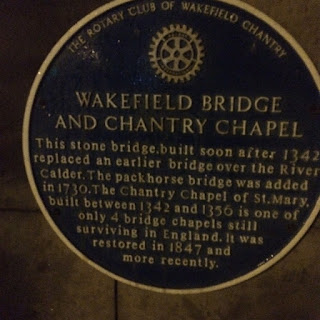 And a bit more information on what one of those is!