We had a really chilled out Saturday in Scarborough which we possibly all needed. After a relaxed late breakfast of croissants and crumpets, we headed on to the front. We played in some amusements and then played pool for ages upstairs in Gilly's, before heading to the Harbour Bar again. This time I definitely wanted a sundae as I hadn't had one the day before. It was really busy but we managed to get seats along the bar.

After the Harbour Bar we went to look at Scarborough Castle and also found Anne Bronte's grave. I knew she died in Scarborough but I've never seen the grave before, so it was fun to find it.

We headed back to the apartment soon afterwards and relaxed all evening. We got fish and chips from a local chippy at about 7pm, and played a bunch of board games. It was just really lovely. 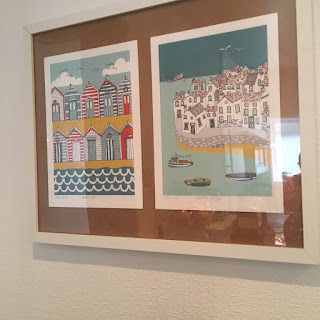 This Scarborough based art was on the wall in our flat

I took this panorama of the south bay 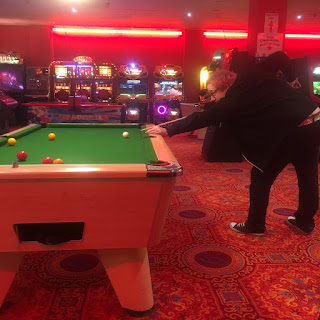 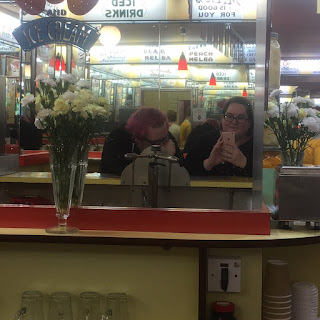 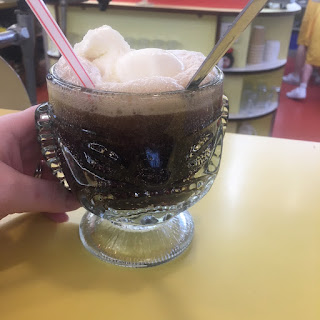 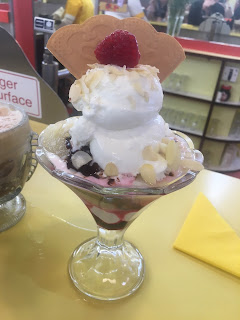 And my Pear Valentino, it was yummy and had loads of pear in it 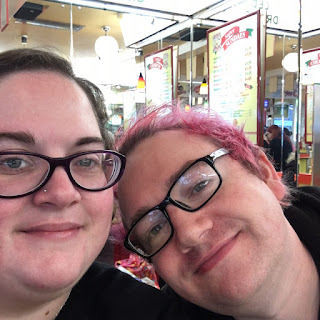 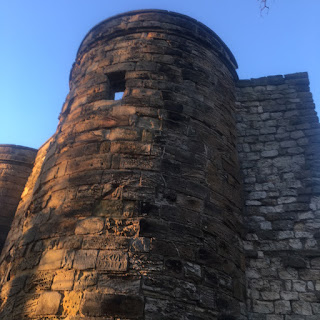 Part of the castle, although we didn't go in 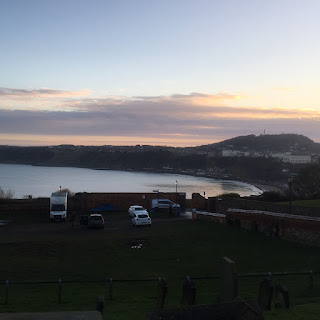 Looking down on the bay from near Anne Bronte's grave 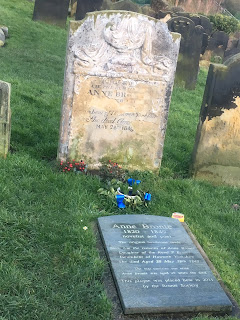 The original gravestone, and the slab placed just a few years ago 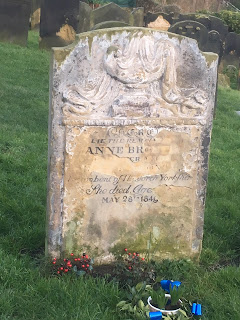 It's nice that lots of people still visit it 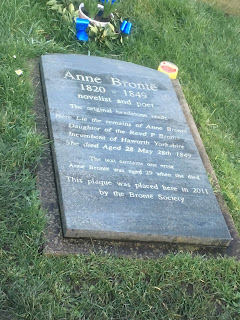 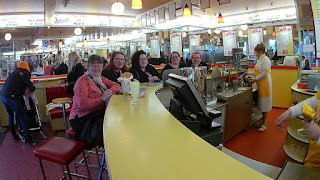 And finally, my stepdad took this photo on his new go-pro type camera, it's cool isn't it?