As I said, my mum turned sixty at the end of May. She planned a whole weekend with loads of people, and it was really lovely but now it's the day after and I've totally crashed and feel really ill. I'll have to be gentle to myself for a couple of days to get over it!

My stepdad's mum arrived a couple of days before, and my godmother and her husband who live in France were staying with my mum too. My mum's sister and family arrived about the same time we did on Saturday. The plan for Saturday was for family to have afternoon tea at my mum's house. They had put tables in the living room and outside, so fourteen of us could move around freely. She had ordered afternoon tea from a lady who brings it and all the crockery and then takes all the crockery home so you don't have to do any washing up. She was a really nice person and I would recommend her!

She brought afternoon tea on cake stands, plus cups, saucers, teapots, cafetiere, coffee, tea, little bottles of milk, and everything else we needed! The tea consisted of ham, egg, and tuna sandwiches, lemon cakes, scones, and really yummy brownies. There was loads to eat and we all really enjoyed it.

The weather was gorgeous so we sat in the garden while my mum opened presents from all of us that were there. She got some really lovely stuff, including tickets to see the Bat Out Of Hell musical in London and a new watch. We gave her the blanket I posted and also bought her gift vouchers for the Titanic Spa in Huddersfield. My godmother and her husband had been to Asda and bought £60 worth of food for the food bank at my mum's church, which was a really thoughtful gesture and one she was thrilled about.

In the evening we ordered pizzas and I spent the whole day having my drink topped up by someone or another. My mum had been stockpiling prosecco for months and we also had some proper champagne to toast my mum. 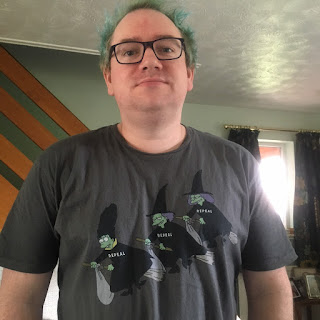 After the historic vote in Ireland, Lee decided to wear his Repeal the 8th t-shirt in celebration. I bought it for him for Valentine's Day 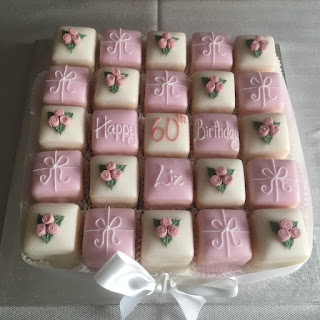 My mum saw these cakes in Betty's in April and decided she'd like one. They're individual fondant fancies! Isn't the effect really pretty? 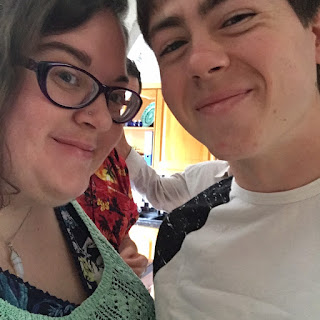 Me and my best cousin Peter, I love him and I'm so proud of him - he's currently thriving at university in Bournemouth 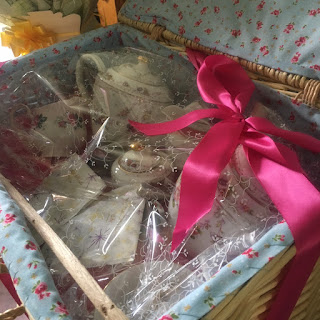 The hampers the afternoon tea arrived in. So pretty and cute 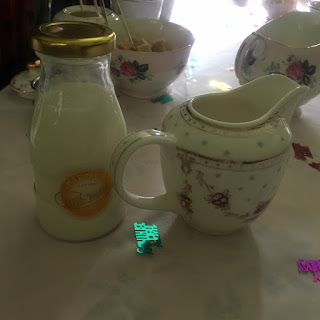 I really liked these little bottles that the milk came in 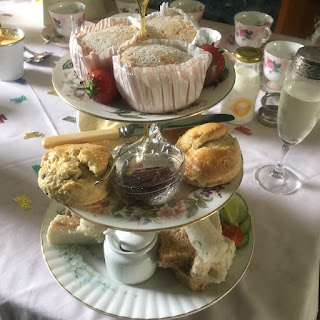 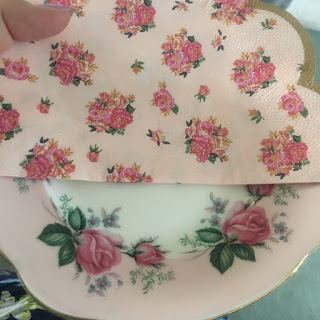 And the plates and napkins, really pretty and cute too 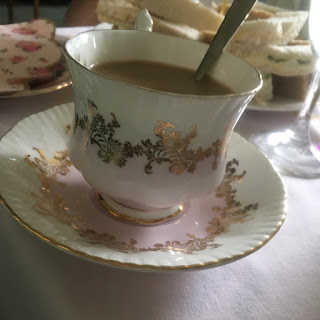 My favourite were these pink and gold cups 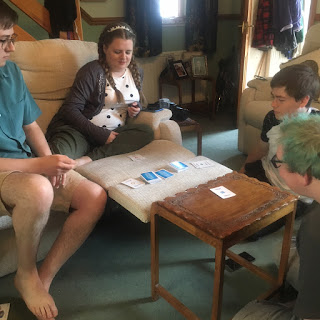 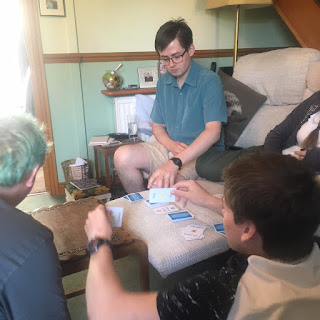 I think Rob did best but there were lots of laughs involved. I didn't play because I kept wandering between inside and outside 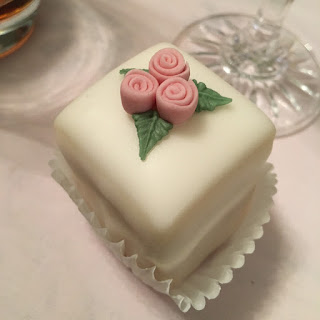 Last thing I had a fondant fancy - it was really nice. They were like mini Victoria sponges inside!