What I Wore 2nd April and the power of a photo

On Thursday I went out to see some friends - first I had lunch with Chloe and then I had coffee with Katie and her kids. I wasn't sure what to wear - I wanted sleeves so I didn't have to wear a jacket. It was cool outside but lovely and sunny. I spied this in a pile of clothes and pulled it out. I haven't worn it before. I bought it off a Facebook group, I think it was Debz's but I'm not sure. Whoever it was hadn't worn it either - it still had the tags attached!

When I put it on I wasn't sure about it. It's a nice pattern, and I like the top half with the (fake) buttons. It's got shoulder pads, which were part of the issue, but I could easily cut them out. But the skirt part - it just felt weird. I couldn't put my finger on it, but I wanted to get going to do some writing, so I set off anyway.

I tugged at the dress as I was sitting down in the cafe, and then complained about it to Chloe. But on our way out I asked her to take a photo for the blog. It was a really sunny day so I'm squinting in all of them, but once I looked at them, I decided the dress looked good. Yes, it feels different to some of my other dresses. Yes, I may have to wear it a couple of times before I totally get it. Yes, I will have to concentrate to not keep pulling at it. But, it looks good and I look cute in it, so I will get over it.

Women get a bad rap for taking so many photos of themselves, which quite frankly I think is stupid. A lot of art is basically men painting pictures of women but obviously that's fine because it's men doing it. Women taking photos of themselves is reclaiming their bodies and their own representations and I love it. I have gained confidence from seeing photos of myself as I actually am (and I'd recommend anyone do that too!) and this photo helped me a lot.

I posted it on instragram and on twitter and on Facebook and got some lovely comments. Next time I wear this dress I'll definitely bear them in mind. 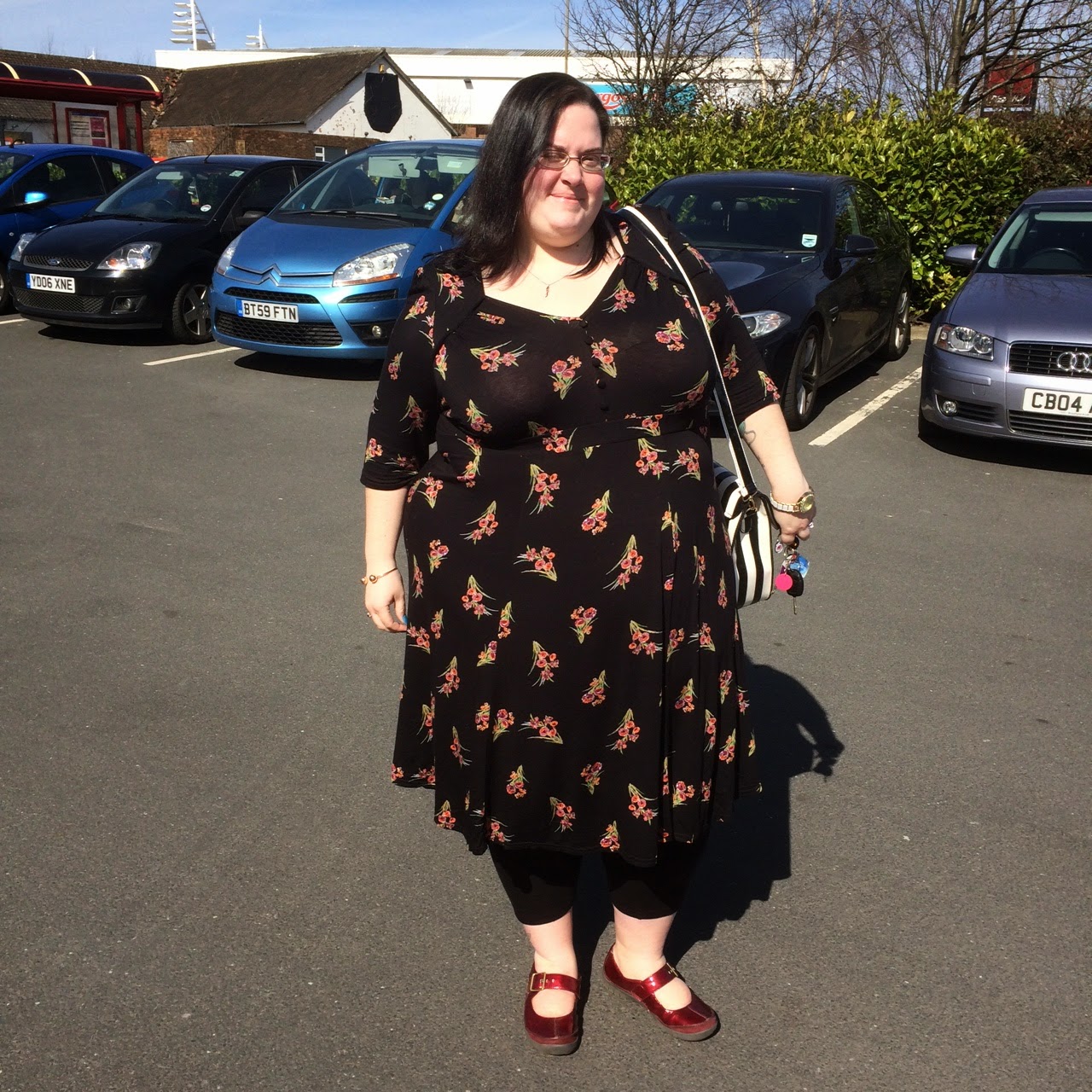 Oh - my shoes are an eBay find, originally Clarks. They're so cute and comfortable!

Email ThisBlogThis!Share to TwitterShare to FacebookShare to Pinterest
Labels: evans, scarlett and jo