I first heard of Swimathon when someone I know on Facebook signed up for it. I clicked across and saw that there are three levels for it - 1.5km, 2.5km, and 5km, and that the 1.5km and the 5km can be swum in teams. The 1.5km pool equated to 60 lengths of a 25 metre pool, so 20 each between me, my mum, and Lee. That seemed like an achievable goal.

My mum and I go swimming at our gym every week, but that's a 20 metre pool and to be honest I wasn't sure how many we usually swam. But I persuaded her we could do it and signed us all up. The website was fine for me to use but I have heard other people with complaints about it.

When my mum and I first went to our pool, we knew we had to do 25 of our lengths - and we did, easily. Since then, we've been each week and done at least 25, but up to 32 or 34. We were also doing it without resting or touching the bottom, even though by Swimathon's rules you're allowed to rest.

I was doing 25 lengths in 20 minutes by last week, so I decided that that was my aim for Swimathon itself - 20 lengths in the bigger pool, in 20 minutes. Lee was going first, then my mum, and then me.

We swam at Barnsley Metrodome and when we got there it was a bit of a shambles to be honest. I would definitely think Swimathon could do better with this - there was no one from the organisation there so all the Metrodome staff had to count lanes for us.

When it got to my turn I just got in and went for it. I smashed my target - I did 20 lengths in 15 minutes! I was so impressed! We did our 1.5km in an hour dead, which I think is great for us.

We each received medals and then we got changed and went out for something to eat - we were starving! 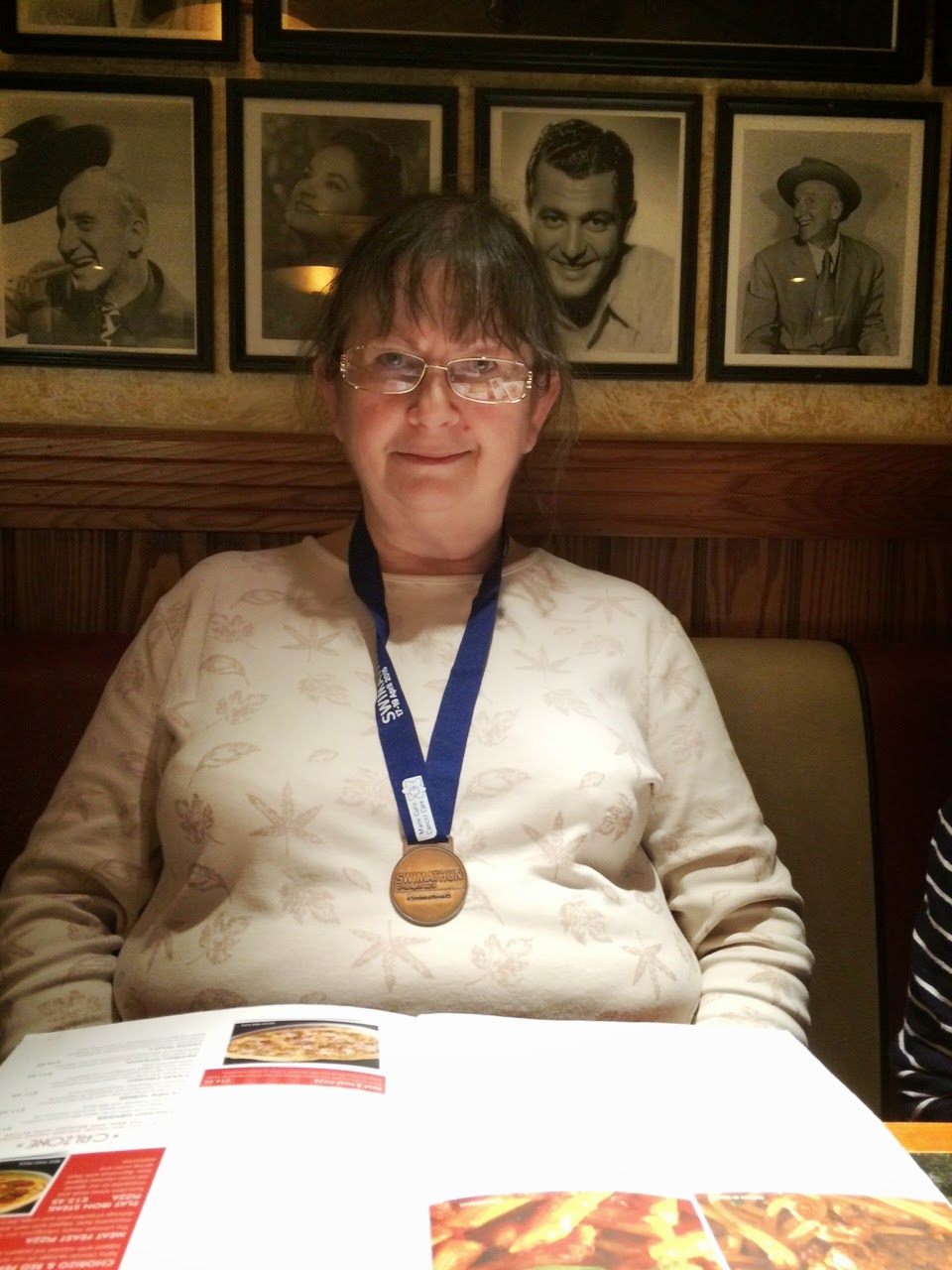 My mum and her medal 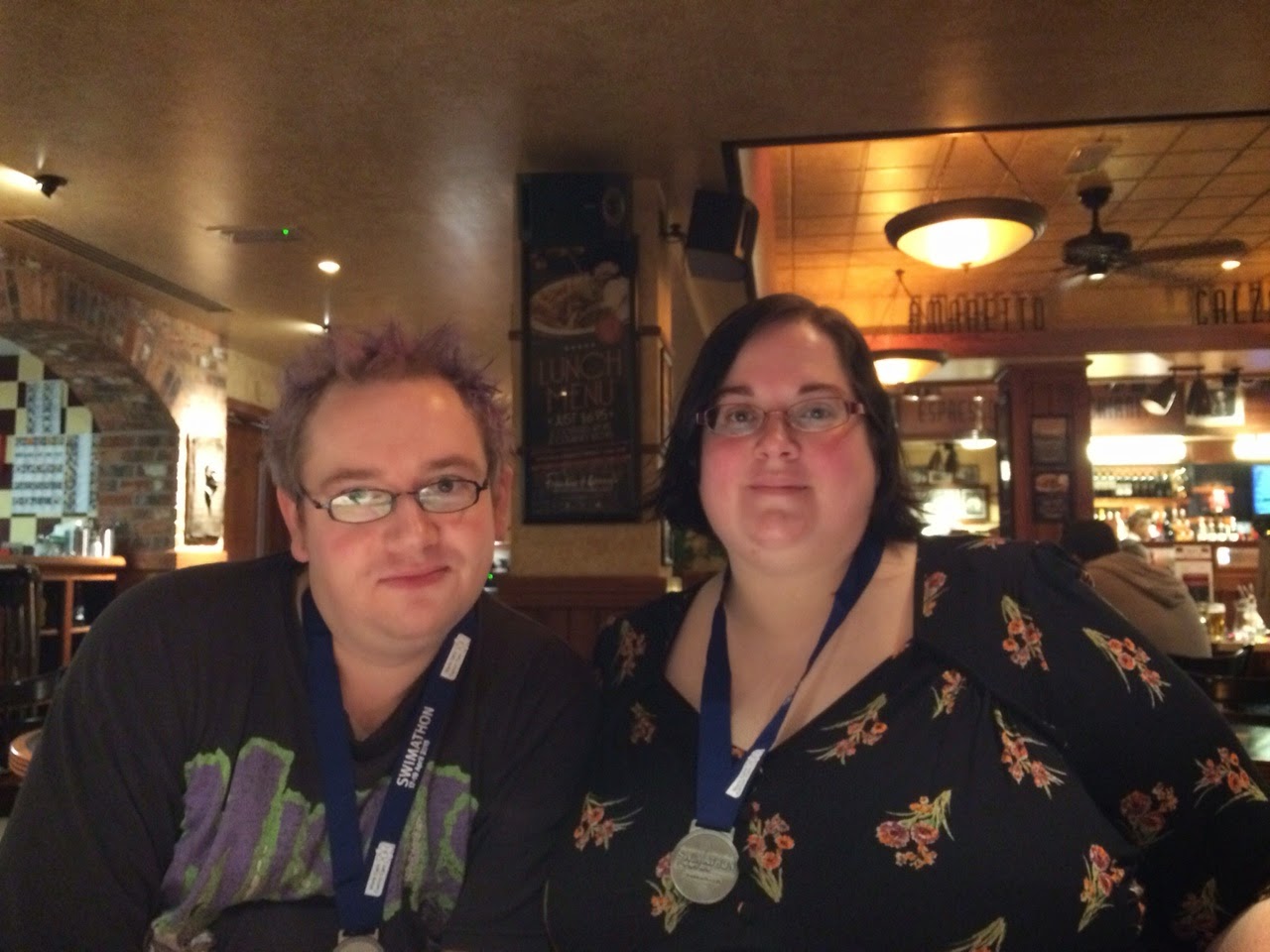 Lee and I and ours 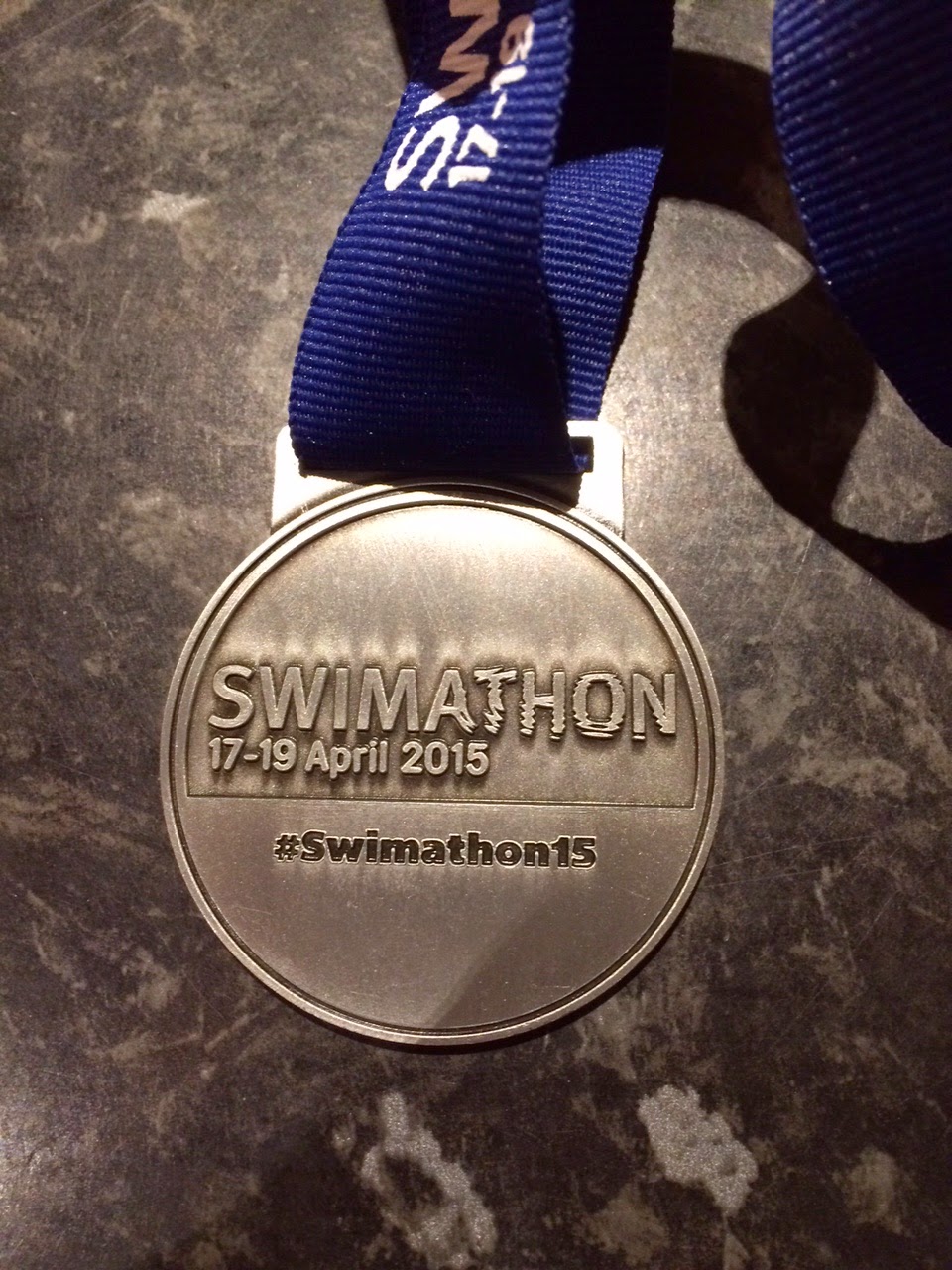 Swimathon raises money for Marie Curie Cancer Care, and so far we have more than £700 for them, nearly doubling our target. If you would like to sponsor me too, you can do so here: http://my.swimathon.org/sponsor/rebeccaemccormick

Next year I'm definitely going to do the 1.5km by myself. I think I could do 40 lengths easily, so with a bit of practice and maybe a rest or two, I'm sure I'll do fine!

Email ThisBlogThis!Share to TwitterShare to FacebookShare to Pinterest
Labels: swimming