At the beginning of February was my friend Stacey's hen party, held just a week before her beautiful wedding in Haworth! We went to Leeds. Stacey's maid of honour Shelli organised everything and she did amazingly. I had such a good time.

We met at 2pm at The Maven in Leeds. It's a prohibition style bar and it has a secret door, so you can't get there unless you know about it! Haha, actually it's the black door next to Pagan Piercing near the Corn Exchange, so do go because it's lovely. 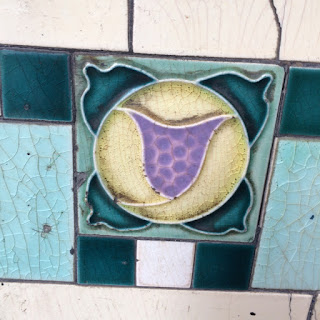 This gorgeous tile will reassure you that you're in the right place!

We were booked into a cocktail masterclass and it was only open for us. There were two members of staff and we each made three cocktails. First of all was a mojito, which is one of my favourites - deliciously sweet and sour and refreshing. We each had the chance to go behind the bar and make one - I've never been behind a bar before! (In my uni years I worked at Asda, not in a bar like many people did - I firmly believe everyone should have to do SOME kind of job like this when they're young). 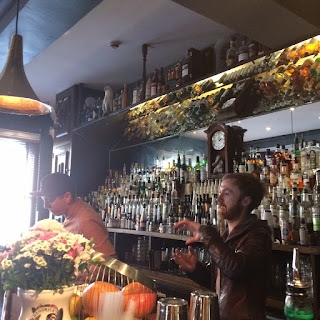 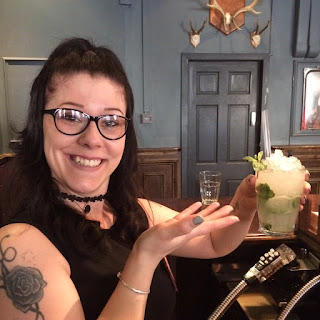 Shereen and her mojito 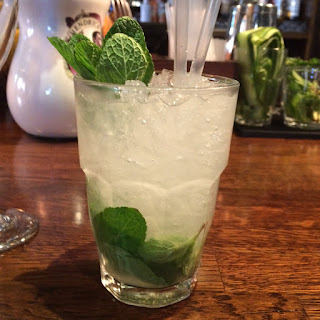 My mojito made by my own fair hands! 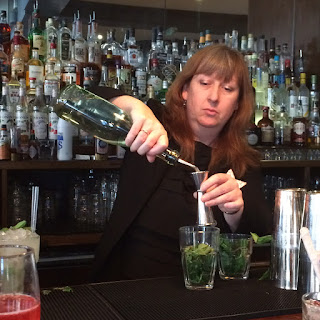 Carol mixing hers up 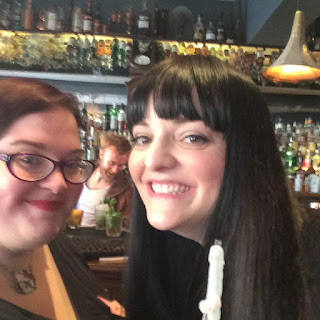 Me and Stacey, the bride... And a willy straw, apparently! 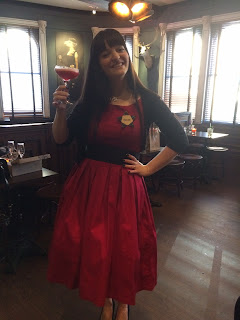 She was told to wear red while the rest of us wore black. You'll see my outfit in the next post, but doesn't Stacey look stunning?

The next cocktail was raspberry based and I didn't get the name of it, but it was foamy due to egg white being shaken into it! Unfortunately mine wasn't very foamy (my shaking action must be wrong) 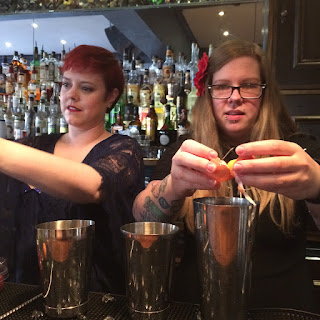 Beth and Shelli separating their eggs. I'm never much good at it but I managed it perfectly! 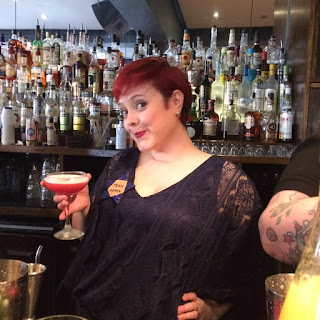 Beth and her raspberry whatever it was. It had gin in! 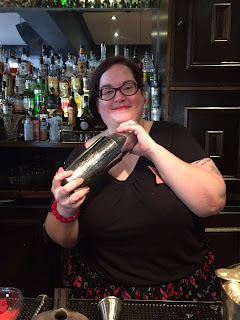 Me shaking it all over 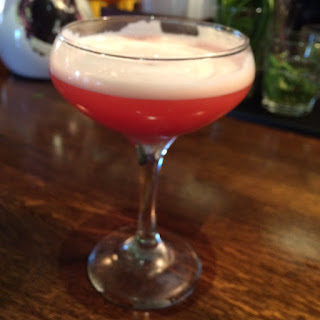 Not much froth on mine.

The last cocktail was called a Gin Garden and was a speciality of the bar. It was gin, elderflower liqueur, lemon juice and apple juice, I think. It was really yummy and the flower was fresh! 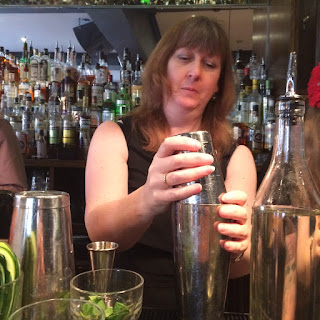 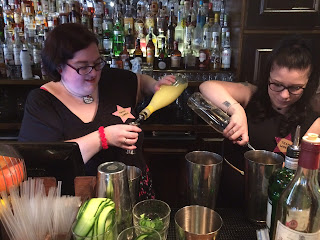 Shereen and I mixing it all up 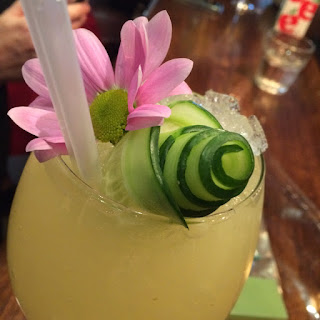 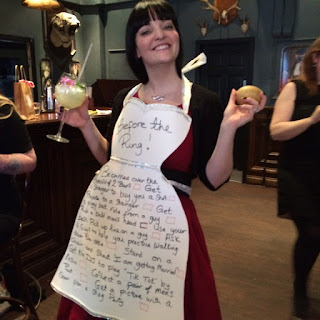 Kielly made this for Stacey. It had a few dares for her to do, it was fun! 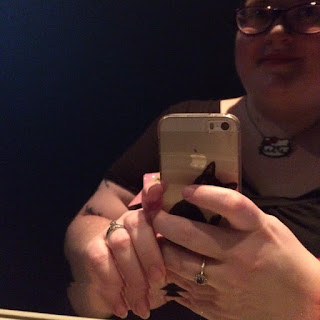 Here I am in the mirror near the loos. Like I say, the bar is really nice and I'd recommend it if you like secret places, cocktails, and gin!

After the cocktails we went to Jamie's Italian for food, but I didn't get any photos in there. Lee picked me up soon after that although most people stayed out a lot longer!
Posted by Rebecca at Saturday, March 04, 2017