Reader, She Married Him

In a previous post I wrote about going to my friend Stacey's hen party and as I said the wedding was just one week later. It was held in Haworth, where Stacey and Dave got engaged three years ago. Stacey is an English teacher so what better place to get married than where Charlotte Bronte herself got married?! Stacey had thought of loads of literary details which made the wedding really lovely and unique.

I've got a few photos to share. Stacey and Dave asked me to read a poem in the service, the poem was Scaffolding by Seamus Heaney. Unfortunately I was full of cold so didn't feel like I read very well. But the poem is lovely!

The reception was held just a few steps away from the church, and we also stayed in a B&B called the Apothecary, so we only had a few metres to go at the end of the night. I've been to Haworth a few times but Lee has never been, so I think we'll go back at some point and explore it a bit more! 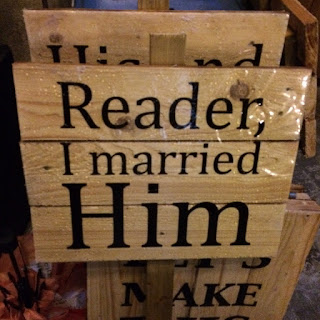 Reader, she really did! Stacey and Dave have been planning this wedding for ages, and I was so thrilled at how it all came together 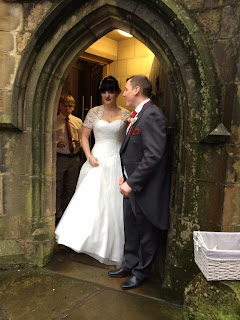 Coming out of the church 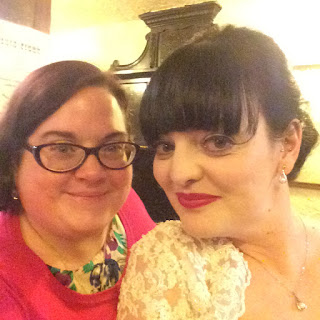 Selfie with the bride - I can tell I was full of cold, I look terrible! 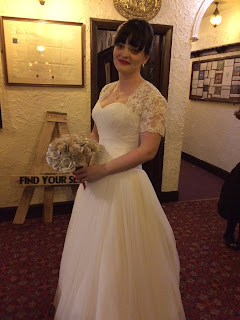 Full length shot of Stacey. You can't tell but the lace had really pretty patterns on it and was just gorgeous. The shrug was gorgeous and sparkly, too. 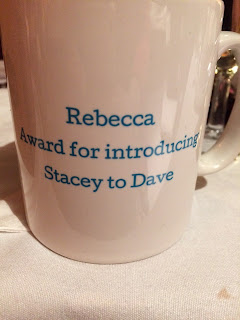 So here's a thing - I introduced Stacey to Dave. Stacey and I are friends (we even went to school together) and I worked with Dave. I went on my work Christmas outing in 2012 and got Stacey to come and meet me to swap Christmas presents. The rest is history. This mug was a gift from Stacey's mum! 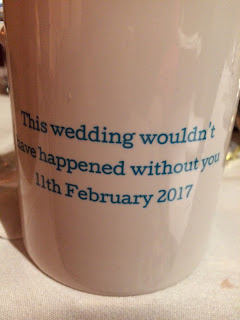 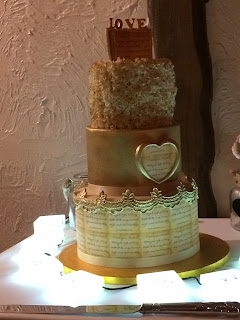 The gorgeous cake. The words are Rochester's proposal to Jane Eyre 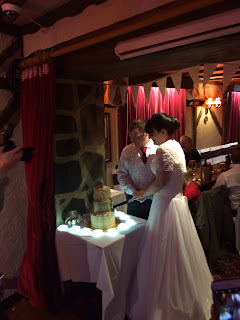 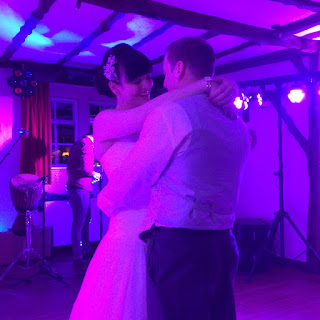 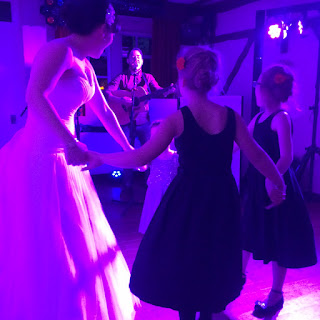 Stacey dancing with her little bridesmaids 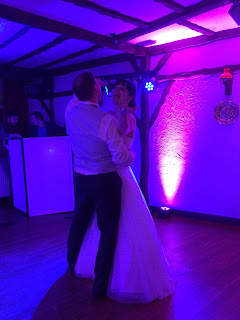 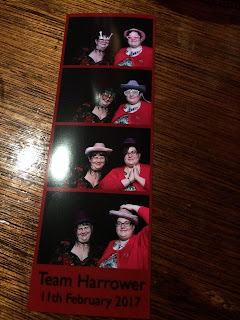 They had a photo booth which was a lot of fun. Me and my mum had fun with hats and glasses 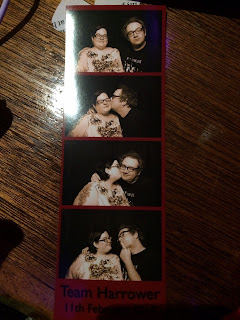 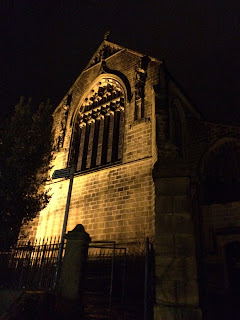 Haworth Church lit up at night, isn't it gorgeous? 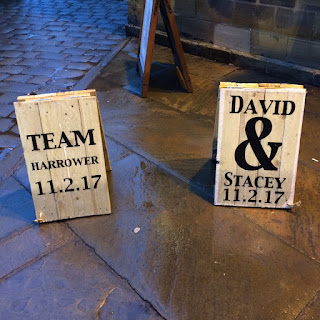 Go Team Harrower! I hope you'll be really happy together, for always
Posted by Rebecca at Saturday, March 18, 2017