Gaia in Wakefield and Afternoon Out with a Friend

The day after my last post I went first of all to Wakefield to see Gaia, which was at Wakefield Cathedral. It is satellite imagery of the world, it's seven metres in diameter and it's not going too many places so I'm really happy it came to Wakefield and that I got to see it. I suggested it to my mum so we met up just as it was opening, which is really good because when we came out the queue was huge!

I'm quite used to the inside of Wakefield Cathedral, but haven't seen it since they took all the pews out (I'm not sure if that's a Covid thing or what). But the space is now perfect for something as big as this to look perfect in. Me and my mum stood on the steps for a little bit watching the world slowly move round. Then we went closer to it (I wish we'd been able to go underneath but it's very low and there was a barrier) and then we sat down and watched it spin. I looked up maps on my phone so we could see what land masses were what exactly, like Madagascar and the Falkland Islands. It was so cool, I really liked it.

We had a coffee together and then I drove off to Pot House Hamlet to meet my friend Gillian. It was her suggestion as she liked it so much a few weeks ago when we went, so she'd booked a table. She had both her children, L and E, with her, which was nice. The food is always so good - I had smashed avocado on toast with crumbled feta and salad, and some of their amazing twice cooked chips. Oh and that apple juice was lush - I had to get some at Tesco later in the day!

After lunch we headed to Cannon Hall. We parked at the bottom and took the girls into the playground there. L was really brave and went up the cargo rigging all by herself and down the slide. We each pushed one of them on the swings each and then sat on the grass for a little bit just chatting. Then we walked over to the ice cream shack and got an ice cream. It was really sunny so nice to sit outside for a while enjoying it and of course lovely to see Gillian and the girls.

I got home around 3.30 and not too long after that Lee and I went to Tesco to buy supplies for the weekend, as we were going camping with my family. You'll see that in my next posts... 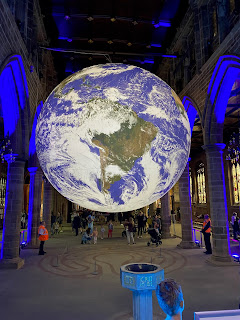 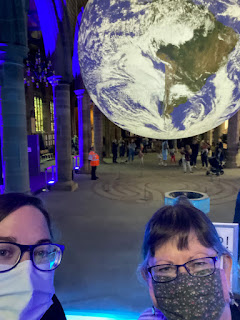 Here's me and my mum! 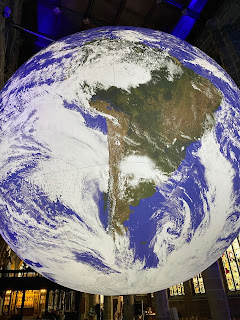 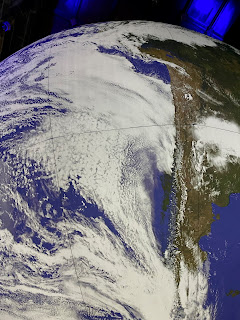 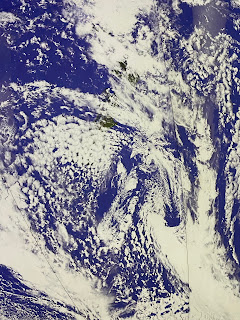 I think this was New Zealand 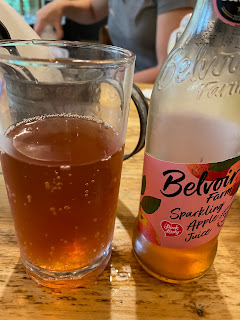 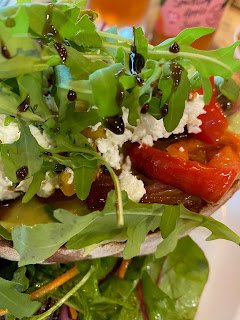 I swear there's avocado and toast under there somewhere... 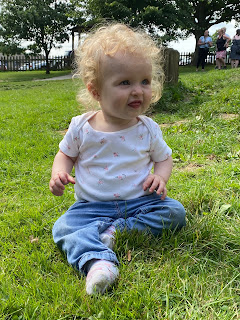