After a better night's sleep I still woke up early but that meant I got to see the sunrise, which was lovely. I went back to sleep for a bit, but I never sleep well on low airbeds. I'll have to do some research and see what we come up with!
When I got up again I had a shower and then got to making breakfasts again. We made something simple - croissants cut in half and layered with salami and cheese, and toasted under the grill. I had vegan pepperoni which was really nice. Everyone liked it, people said it was a bit like breakfast pizzas with no tomatoes. It was simple but effective and set everyone up for the day. I enjoyed thinking up new things for breakfast!
My mum and aunt's cousin Sue lives in Essex, so she and her husband came to see us on Sunday, they arrived about noon. My aunt and co went off for a walk, and I sat cross stitching in the sun. It was so changeable though, which was a shame. We had some lunch and sat chatting. The others came back and got some lunch too. I went to Tesco with my cousin. People played games and just generally relaxed.
About 5pm we went to the beach where Rob decided he would have a swim. If it had been warmer I would have gone myself, but it was just a bit too cold. Lee and I paddled though, and the water wasn't as cold as I thought it would be. I'm glad I went down to the beach though.
In the evening Rob and Neil made two types of carbonara - one with veggie bacon and one with regular bacon. The veggie one was SO good, I will have to try to make it myself. We moved the tables inside the tent as it was warmer in there. Sue and Eugene left around 8.30 and the rest of us played games until it was bedtime. 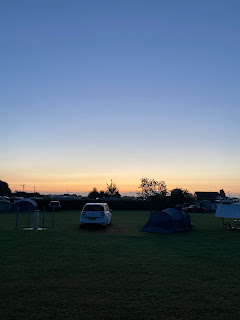 Sunrise at around 5.40am 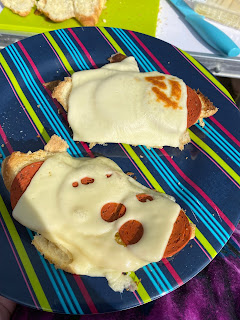 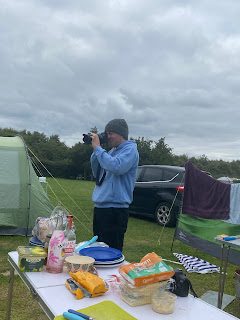 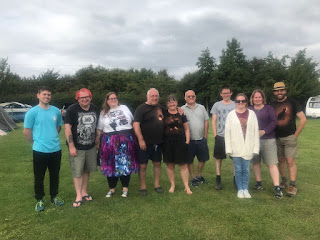 The team photo, Sue took this as she's not in it 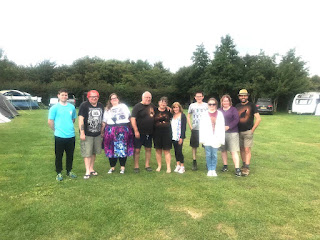 Eug took this one! 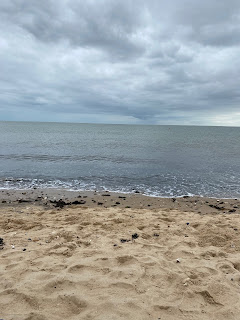 Down on the beach near the caravan site 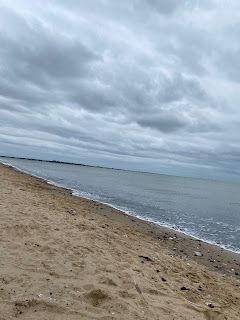 It was quite muddy 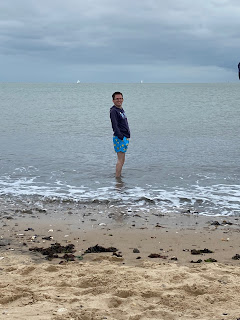 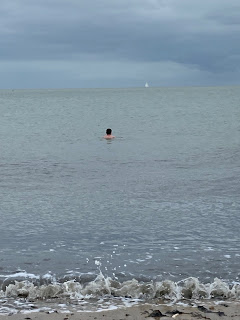 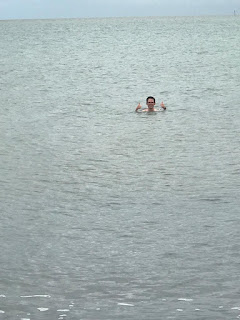 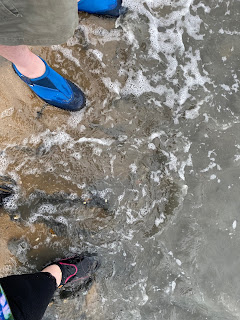 Proof that Lee and I paddled 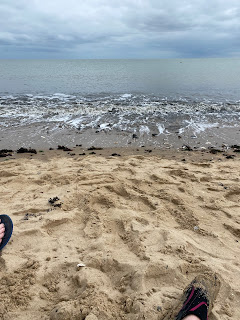 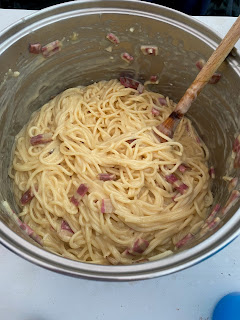 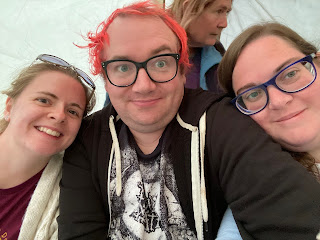 Beth and Lee and I inside the tent ready for tea - Lee and I are failing at looking at the right place on my phone, obviously 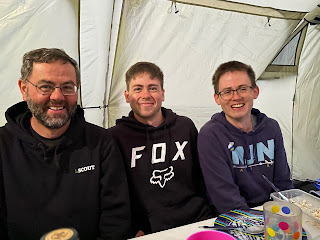 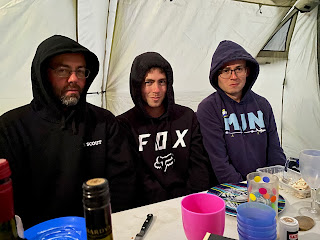 The same but with hoods up and serious faces 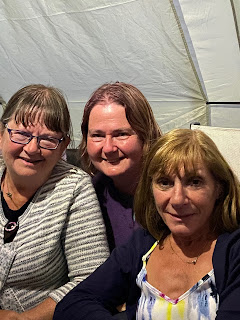