Holiday in Dorset - Honiton and Branscombe

On the Tuesday of our holiday we went to Honiton. It's just over into Devon and is famous for the lace they used to make there. I went in 2010 with my friend Sam, and enjoyed the little town and the lace museum. Lee and I set off quite late because I slept in horribly, but there was plenty of time for us to have a wander round the town and go into the museum. There was a lady making some lace so I had a nice discussion with her - I can also make lace, but more like the gridded, Torchon type rather than Honition, which is finer and "freer".

I didn't take any decent pictures in Honiton so you'll just have to imagine! I do recommend the town if you're ever down that way. I also bought some Agatha Christie books in a charity shop.

After Honiton we drove down to Branscombe which you might remember became famous in early 2007 when the MSC Napoli was beached close to the village and hundreds of people descended on it to loot cargo. I went in 2010 and was amused that the anchor from the ship is now in the village - I'm sure they were thrilled to receive it! 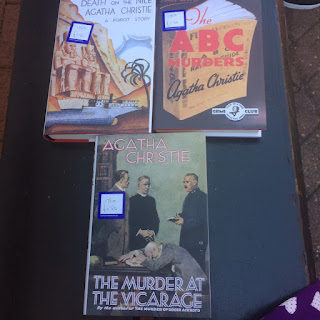 These are the books I bought - aren't those gorgeous covers? They were just £1.50 each. 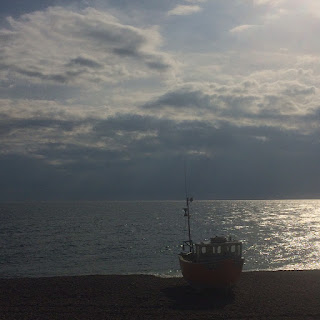 I liked this boat sitting on the beach 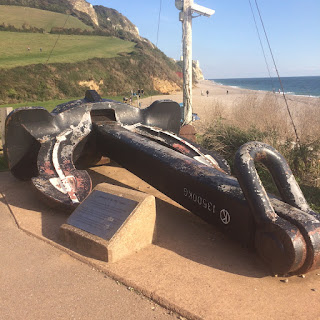 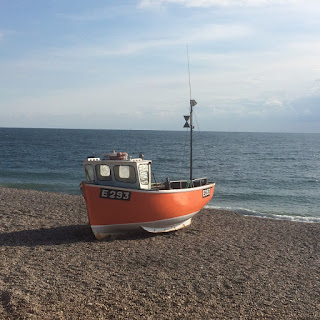 I liked this photo so much that I made it my cover photo on Facebook! 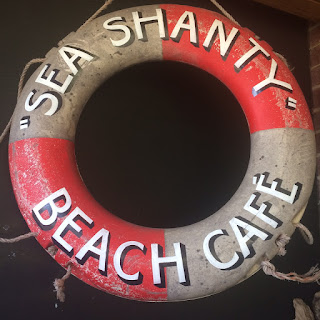 We had an ice cream in this cafe. Branscombe is a really cute little place, it's worth a visit if you're down that way.
Posted by Rebecca at Wednesday, November 16, 2016