When I went to Dorset in 2010, I went with my mum, stepdad, stepsister, and my friend Sam. Lee was away so he'd never been, so I wanted to take him to Portland Bill because I really liked it when I went before. We went on Monday and it took a while to get there from Lyme Regis because the coast road was closed. It also took a while to get back as there were roadworks on the other road, but oh well, we had a nice day! 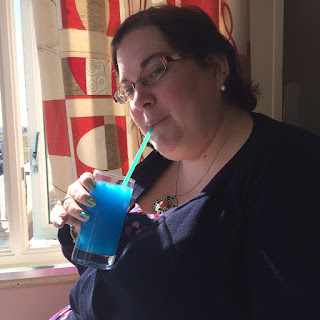 We had lunch in the cafe at Portland Bill, which was really yummy and had a gorgeous view over the sea. I had this extremely blue raspberry slush 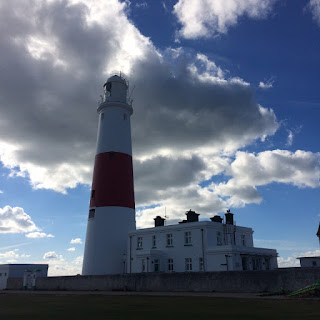 Unfortunately the lighthouse was closed, or I'd have liked to go into the shop at the bottom of it. 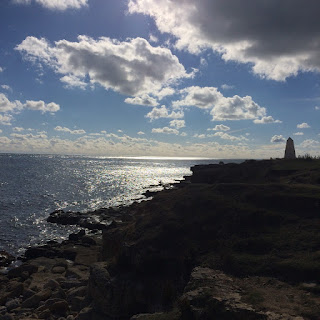 Some more gorgeous sea and sky. The views are big at Portland Bill! 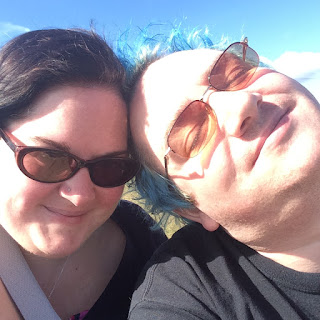 Selfie to prove we were there at the same time! 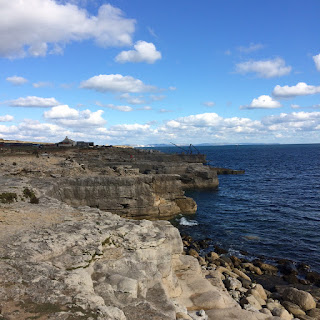 We sat right on the cliff top for a while 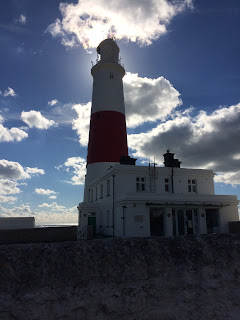 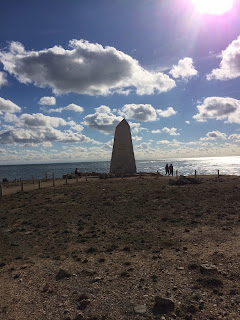 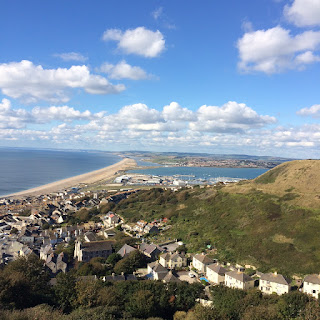 This photo was taken from the bit of Portland Bill which connects to the mainland, it looks down on to Chesil Beach and the Fleet. I took a very similar photo six years ago! 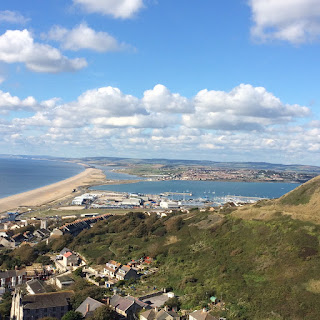