On October 30th we went to Ultra Con in Doncaster, a comic con, held at Doncaster racecourse. There was me, Lee, my friend Sam, my mum, my stepdad, my stepdad's sister and her family. It was so busy that we couldn't possibly stay together, but the whole thing was concentrated in a small area so it was easy to catch up with each other.

We had bought tickets which meant we could get in from 10am. Supposedly. Lee and Sam and I joined the others in a huuuuge queue at about quarter past ten and it was almost 10.45 before we got in. You could buy tickets on the door from 11am.

The first area we came to was all the stalls, selling all kinds of stuff from all different fandoms. Lee and Sam and I walked around this area first. The others went to look at the stage area, where there was a cosplay parade, and a bunch of cars, like a Batmobile and a Delorean and all kinds of stuff.

There were so many people dressed up and they all looked great. I got some great photos with some cosplayers 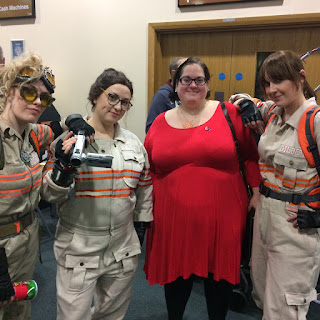 These Ghostbusters looked SO good! They look so much like the film characters. They just need a Patty! 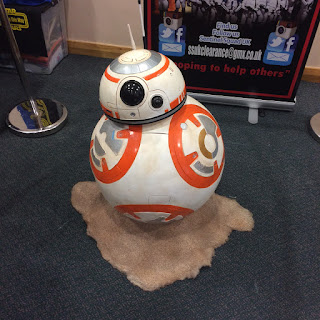 BB8! I loved The Force Awakens, and BB8 especially. 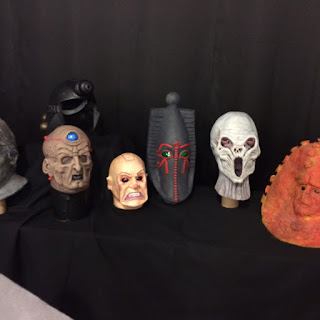 Some of the masks from Dr Who, I'm not a Dr Who fan but the masks were cool 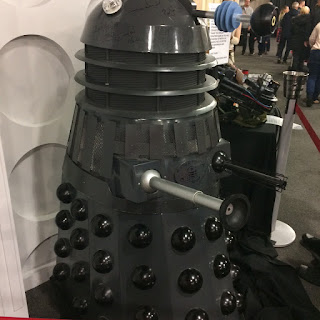 And so was this Dalek! There was another one, which was collecting money for charity and which moved. It was cool! 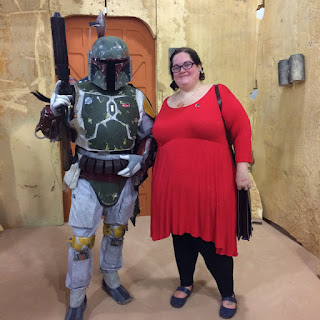 Me and Boba Fett. Now let me tell you a thing: I am scared shitless of masked things, especially masked villains. Darth Vader is fine, because there's only one of him, and because you see his face at the end. Stormtroopers scare the crap out of me because there's loads of them and you can't see their faces, so I avoided them all. Boba Fett is a LITTLE bit scary, and when I stepped close he pointed his gun at me and said "No sudden moves!" and I told him off, but anyway, I posed for a photo! 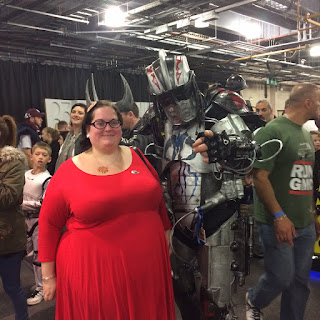 This Predator dude looked really cool, but again was a little bit scary, but he was collecting for charity too so I got a photo. 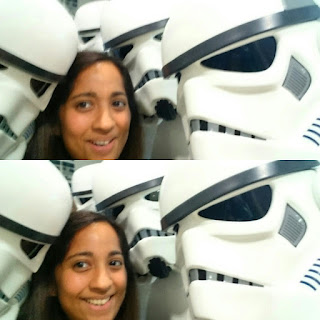 Finally, Sam did corner some Stormtroopers for a selfie - arggghhh!