In November my friend Sarah and I went away for the night together. We hadn't seen each other in a while and decided that it would be nice to spend a night away having a relaxing time and having no one to talk to except each other. We wanted a hotel with a swimming pool and with a restaurant on site so that we could eat in, so we chose Shrigley Hall Hotel in Cheshire which was about 90 minutes away from where we live. We set off about 1pm and got to the hotel about 2.20.

Check in was from 3pm, so we were early but thought we'd see if we could check in early. We couldn't, so we went into the bar and had a glass of prosecco each. We went back to reception at 3.10, and were told that our room wasn't yet ready. We sat down in the foyer and were invited to have a free drink, so we had more prosecco. There was a wedding on so we cooed over the bride and offered her congratulations, and sat chatting some more. The check-in queue was huge and having just two receptionists wasn't helping. We went back to the desk. The room still wasn't ready at 3.40 and as we'd booked a twin room we couldn't be put somewhere else. They said they'd had a late check out which meant the room wasn't ready.

We had another free drink and sat some more. By the time we got into our room it was about 4.30, 90 minutes after check in. It was obvious the hotel was busy, with two weddings and a lot of groupon guests, but we felt we'd been kept waiting for too long. It wasn't our fault there'd been a late check out. As we went to our corridor housekeeping was still working on other rooms in it, so they obviously were running behind, but even so.

The room itself was nice, with wooden furniture and a big TV. The beds were fine although Sarah's creaked a lot. The bathroom was lovely; very clean with nice free toiletries. We went straight down to the leisure club, which was a feat in itself as the geography of the hotel was very confusing. The swimming pool was in the middle of what appeared to be a medieval Great Hall and although it wasn't very big, it was really lovely. It was really deep at one end and we swam quite a bit. There was a steam room and a jacuzzi, both of which we used. We wished we'd been in the pool for longer, but we had a nice time nonetheless.

We went back up to the room where we each had a bath. I'd taken Lush bath bombs. Sarah had Intergalactic and I had Dragon's Egg I think. It smelt lovely and I had a nice relaxing bath. While Sarah bathed I had some wine and did a face mask which left my skin feeling really lovely and soft and looking good. 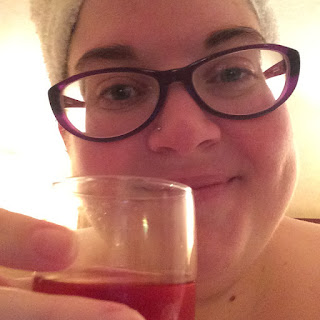 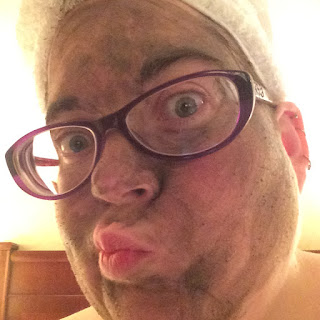 Once we were both ready we went down to the restaurant, which was really busy. We were seated quickly and ordered wine (yet more prosecco). The menu had three courses for £29.50 which was fine, and the food was yummy although there wasn't enough of the main course for me. We were also kept waiting for the main course for close to an hour, which was disappointing.

We didn't have breakfast on Sunday, we stopped in Glossop on the way back and went to Wetherspoons instead. We were both very hungover so it helped!

All in all, we liked the hotel but felt the service was a bit ropey which did spoil our weekend a little. Still, it was lovely to spend so much time with Sarah!
Posted by Rebecca at Saturday, December 10, 2016

Email ThisBlogThis!Share to TwitterShare to FacebookShare to Pinterest
Labels: hotel