As I said previously, we were away in Derbyshire for three nights. On the Saturday morning we had pastries for breakfast and then set off to Matlock Bath. I've been before a couple of times and it really is the weirdest place. It thinks it's by the seaside even though it's absolutely landlocked. I love it though and I hoped the others would too.

We parked the car and went into the aquarium. It's cheap and definitely worth the £2.90. There's quite a few fish and also a hologram gallery, which is a bit terrifying. 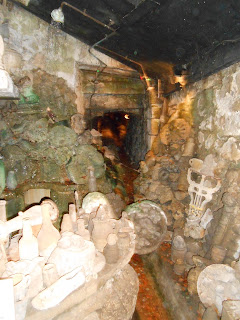 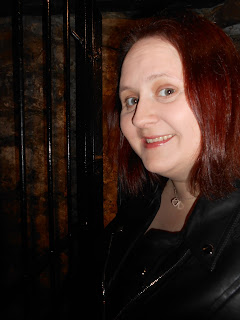 Jacqui in the aquarium. I love this picture, she looks perfect 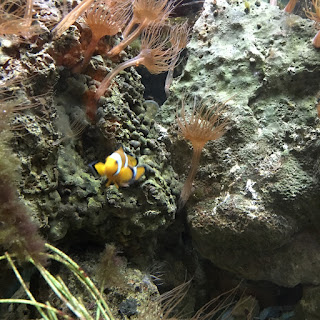 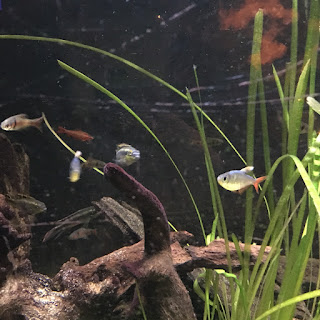 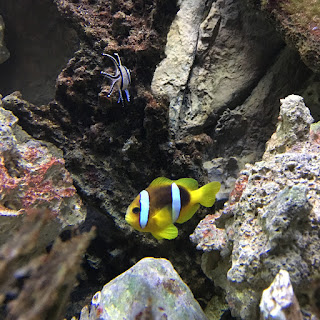 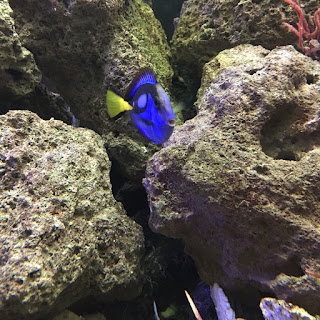 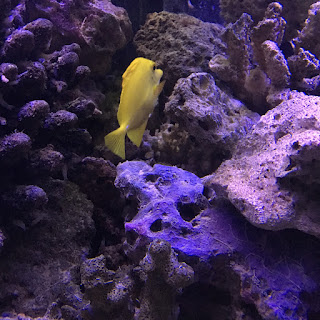 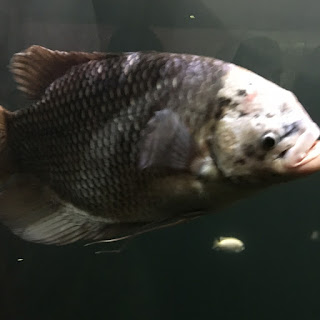 And this ugly thing 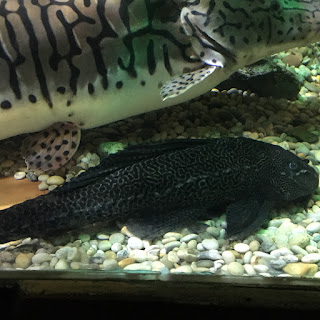 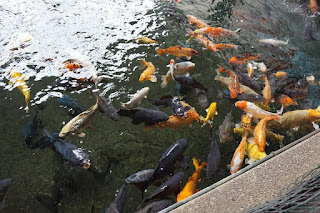 There's a huge koi carp pool where you can buy feed to feed them, it's a lot of fun. 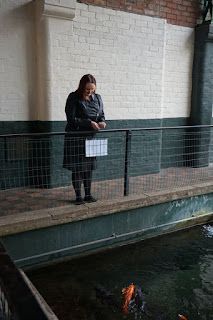 Jac feeding them. This pool was originally the plunge pool of the spa baths; now it houses koi. 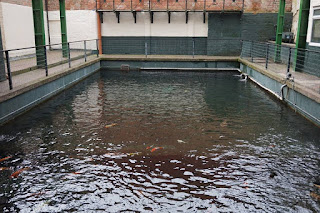 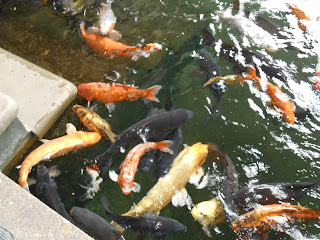 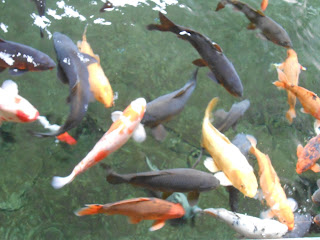 I like koi, if I had a big garden I'd have a pond with some in 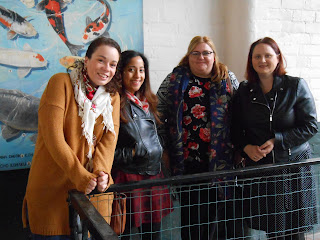 I did that thing where I made everyone pose for a photo. I love it! 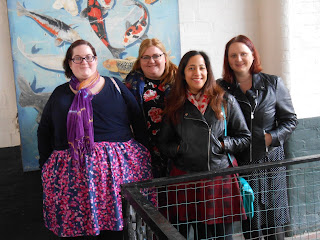 Then I snuck in one too 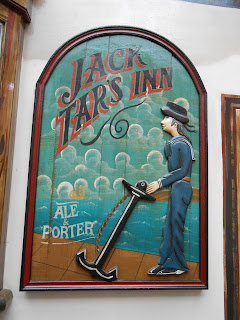 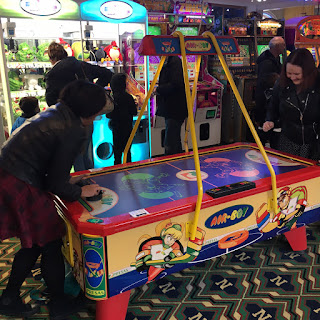 The aquarium building has an amusements in it, so here's Sam and Jac playing air hockey. 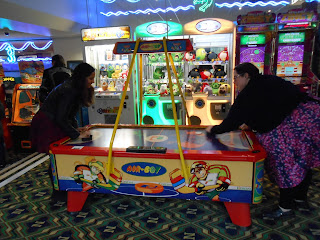 Sam and I playing air hockey - Sam won both games which is just rude! 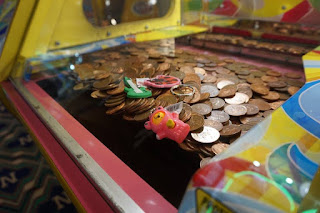 Here's Steph's prize just teetering on the edge so we had to stay to win it! 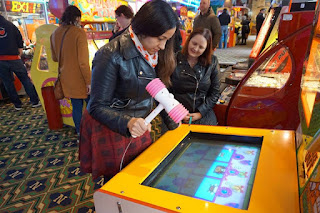 Look at the concentration on Sam's face 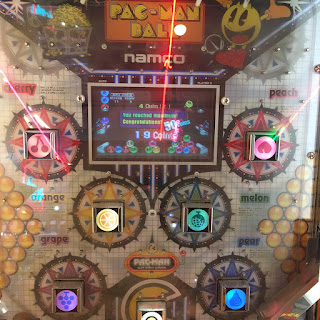 The next amusements had the Pacman Ball machine in which is my absolute favourite. If you get a 2p through the squares with the fruits on, or the Pacman square, you get balls added to the game in the middle, and if you clear colours on those you get coins added. I managed to get 50 coins added - the jackpot! So satisfying!

After this we had lunch sitting outside at Charlie's fish n chips. We all had fish and chips and they were really excellent 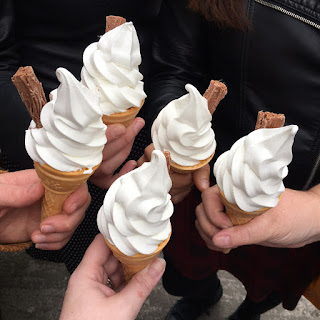 Then we each had an ice cream. We had to, we were by the "seaside"! 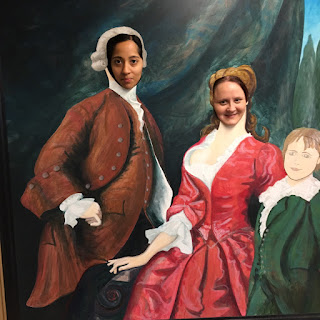 Then we went round to Cromford Mills, which has a few craft shops and a little of history stuff. It's good fun. Here's Sam and Jac posing as Georgian posh people 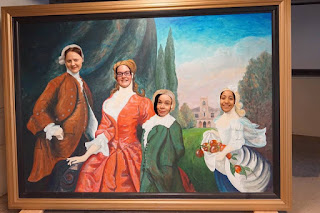 Steph took this one 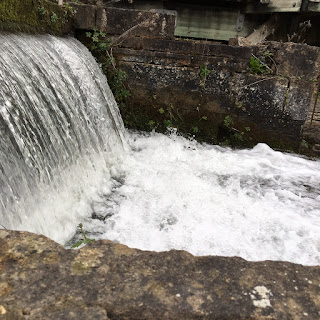 This is the river outside 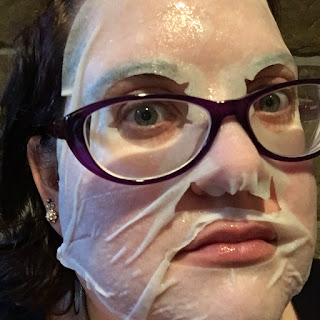 Then we went back to the cottage and chilled out for a bit - Sarah went to sleep, the rest of us watched TV and did one of those sheet mask things. I look scary! It did moisturise my face wonderfully though.
Posted by Rebecca at Monday, April 17, 2017