At the beginning of April Lee and I went away for the weekend to York. I'd been looking for a cheap hotel in Chester or Liverpool, but couldn't find anything cheap enough, maybe because it was the beginning of the Easter holidays in some places? It was still too early for camping so instead I asked my mum if we could use her caravan in York. It's a tourer van, but it lives there year round and the site owner takes it out of storage and puts it on a pitch whenever my mum wants to go. The site is adults only and it's really quiet but also really handy for York. There's a busy that goes from just outside the site right into the middle of York for £3.20 return! Bargain!

So Lee and I set off at about midday on Friday after going to the supermarket, so we got to the caravan at about 1pm. It takes a little bit to get everything set up, but once everything was set we then decided to go to Monks Cross because I wanted some storage drawers things from W H Smith. We then drove round to the designer outlet to go to the Thornton's cafe. The weather was gorgeous and honestly we were just both happy to be away together for some peace.

We met my friend Jacqui, who lives in York, for tea, at the Toby Carvery near the caravan site. It was so hot and busy in there, but it was nice enough food. Afterwards Jacqui came back to the van to have a drink, and then we took her home.

I've got just a few photos from Friday, to show off our relaxation! 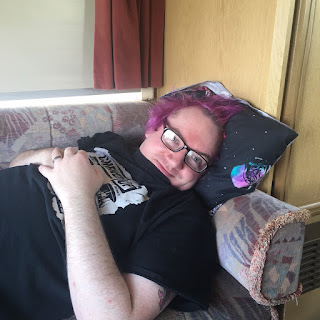 Watching TV before we went out in the afternoon 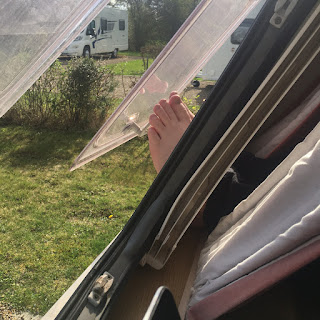 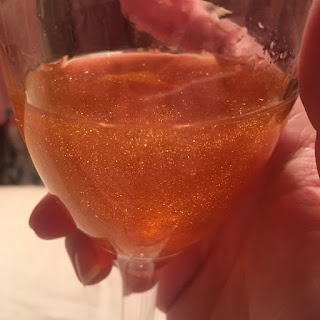 In the evening I drank the last of this creme brulee liqueur from Marks & Spencer. My friend Amy introduced me to this, she drinks it instead of Baileys as Baileys isn't vegan. It's got gold glitter in it which is just so much fun, and I'll definitely be looking for another bottle this December. 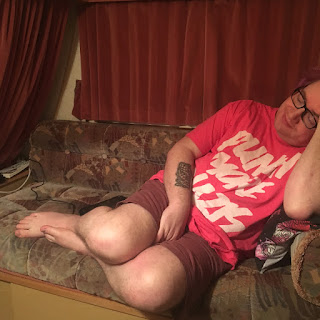 And here's Lee in his pyjamas in the evening, just before we made the bed up in this space!