At the beginning of April I went to Leeds with my friends Sam and Jacqui to see a film and have something to eat and have a few drinks. I had a really lovely time, I was feeling a bit miserable because it was just a couple of days before the 10th anniversary of my dad's death, but it really lifted my spirits to talk to my friends and do some fun things.

Jacqui and I met first in The Light and went into Browns. It was busy but okay. I've never been in the Leeds one, it's quite upmarket so it felt like a real treat. Cocktails were between £7 and £8, so I wouldn't want to spend all night in there but for a couple of drinks it was really nice. I had a Pina Colada, an Aeporol Spritz, and a peach bellini. They were all really nice!

We left the bar and went upstairs to the Vue cinema to see Love, Simon. I was so excited for it because I loved the book, and it definitely did not disappoint. I cried, I laughed, I thought Nick Robinson was a perfect choice to play Simon. I had a Tango Ice Blast (one of my favourite parts of going to the cinema) and we shared some popcorn.

Afterwards, we had booked a table at Turtle Bay, which is honestly one of my favourite places to eat. I love the spicy curries they do, which come in enamel dishes with rice and a little bit of bread or something similar. They're like real comfort food to me. We had dessert too, I had a brownie. I also had a Roots Culture cocktail which was strawberry and pomegranate flavour which was really delicious, and an Island Iced Tea. I usually love a Long Island Iced Tea but I didn't rate this one, I wouldn't have it again.

Finally, we popped into Frankie & Benny's next door to Turtle Bay for a final cocktail. I had a Sex on the Beach which was nice enough. I had a really lovely day with my friends, we were making plans for later in the year and maybe even next year. Perfect!

I of course took some photos: 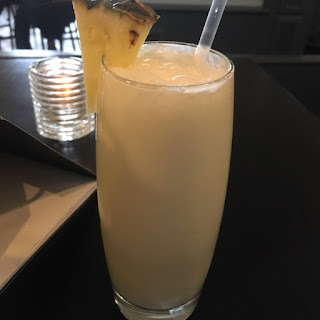 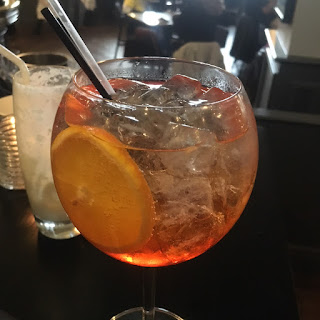 Aperol Spritz in Browns, I find this a really weird drink but oddly delicious 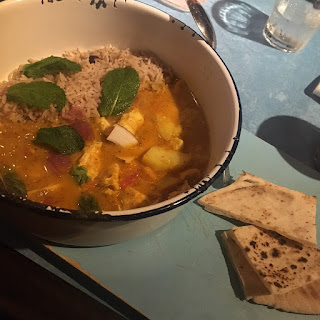 My chicken curry in Turtle Bay 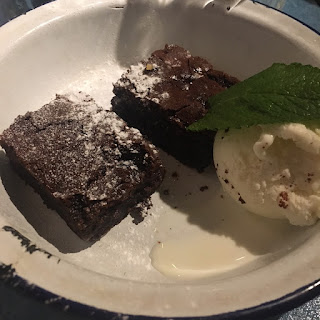 And my yummy dessert!

Email ThisBlogThis!Share to TwitterShare to FacebookShare to Pinterest
Labels: day out, friends, leeds