At the end of March my friend Roslyn got married at Kelham Island Museum in Sheffield. Roslyn is one of my oldest friends - I met her when I was on a school trip aged 15, she was two years above me at school but we liked the same band and became friends. She was my witness when Lee and I got married. She is honestly the closest thing I have to a sister, even if we go through periods of not seeing each other much.

We went around lots of the museum during the day and Lee and I read quite a lot of the information. There's a lot about industry in Sheffield which is really interesting. The ceremony itself took place in the Engine Room, which houses the WORLD'S largest steam engine! It was stunning. We then moved into the museum itself for drinks and photos. The meal took places in the cafe and it was really nice. We had teak smoked chicken and bacon salad, then roast turkey, roast potatoes, stuffing, roast pork, and some salads, and then chocolate mousse with little biscuits. It was really delicious.

Then we moved through into the pub on site, which is called the Millowners' Arms. There was loads of history stuff in there too. Roslyn and Paul took their baby for a quick drive round the block to try and get him to sleep, and when they got back there was a really nice buffet and wedding cake. Lee and I didn't stay long after that; Lee had slipped out already to go to a nearby supermarket for stuff we needed for Easter Sunday.

It is a really gorgeous place to get married though, and the staff were all really nice and very helpful. The food was really nice too. I'd definitely recommend it for a wedding!

I of course took a few photos: 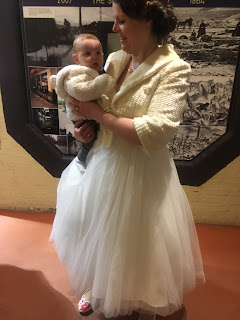 Roslyn and the baby. Her dress was so pretty! It had a sparkly bit on the middle that isn't visible here 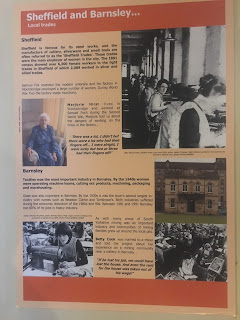 Some of the museum info, I liked this bit about Barnsley since I live here 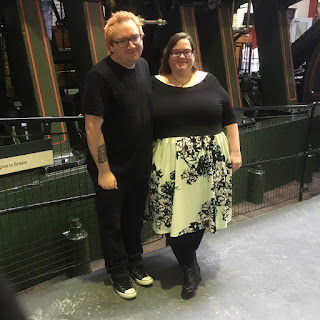 Lee and I in the Engine Room. More on my outfit in my next post 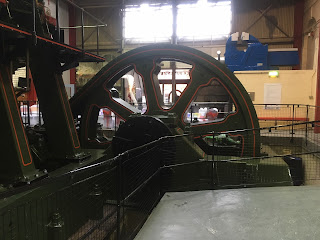 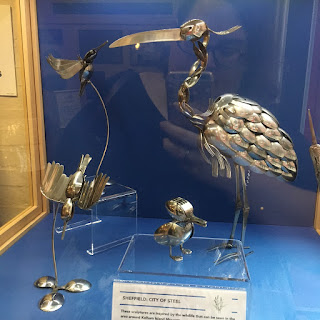 Cute sculptures made out of some of Sheffield's world famous cutlery 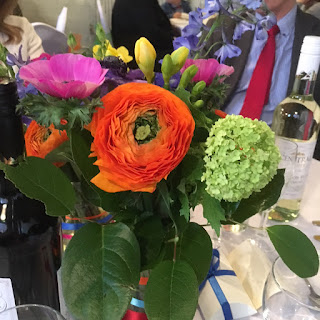 Roslyn and Paul had gone for a rainbow theme and it was reflected in the flowers. These on the table were gorgeous 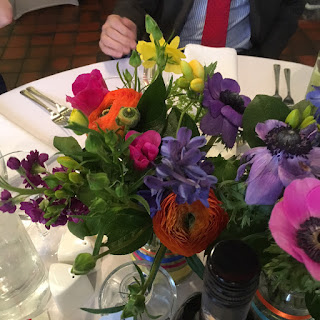 I was given a jar to bring home but very stupidly left them on the table in the pub! I hope someone else took them instead 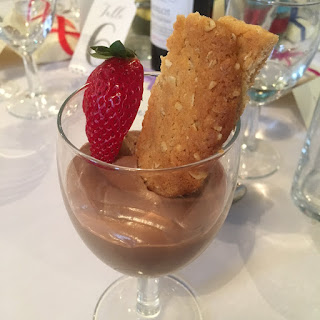 Chocolate mousse and biscuits, it was yummy! 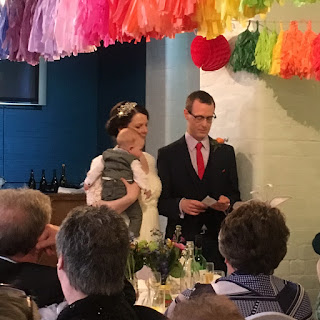 And finally, here's Roslyn and Paul giving their speech.