Day Out in North Yorkshire

On the day after our trip to the theatre Sam and Jac and I planned to go out for the day. We had talked about going to the seaside but I knew I wouldn't be able to cope with it, so we decided to stay closer to York and go to Thirsk. We set off listening to a fun playlist towards Thirsk.

Our first stop was the White Horse carved into the hillside, which I'm not sure I've ever been to before. We drove up Sutton Bank and then into Thirsk, where we stopped. We went into some charity shops and I picked up a few things, including a new turquoise handbag that I don't think has ever been used. We went into a book shop that had hosted Peter Robinson the night before, so there were a few copies of his new book there, signed, so I treated myself to a hardback copy as he's one of my favourite authors. We had lunch in Wetherspoons.

Then we went to try to find a red phone box graveyard, but it was underwhelming to say the least. So we decided to go to Helmsley, which is one of my favourite places on earth. We went into Crema for cake and drinks - I had chocolate fudge cake and a strawberry and banana smoothie.

Then we were kind of hot and fed up, so we decided to go to Rievaulx Abbey to chill out for a bit. It isn't free to get in, so we parked in the free car park right in front of the chapel and laid down on the grass in front of my car. There was only a tiny fence separating us from the abbey so we had an excellent view. We stayed about an hour just soaking up the sunshine and chatting. 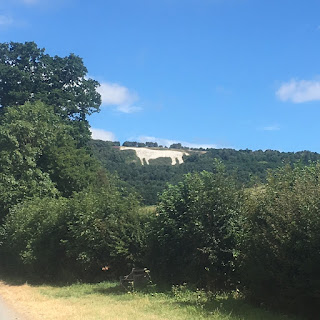 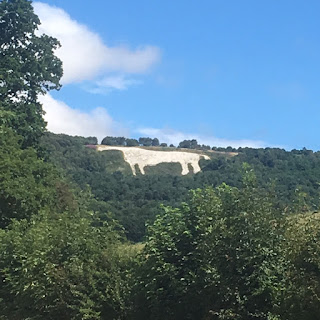 The White Horse at Kilburn 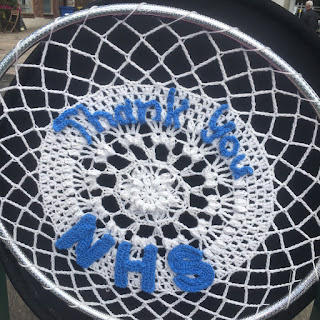 Yarn bombing in Thirsk celebrating 70 years of the NHS

Maybe the red phone box graveyard but maybe not? It wasn't like it said on the internet, for sure 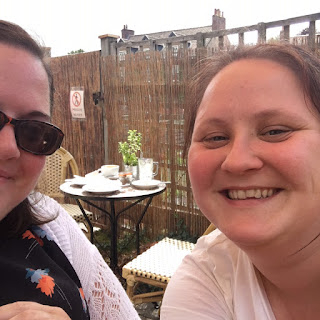 Me and Jacqui in Helmsley 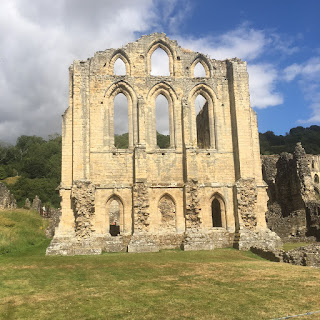 The chapel at Rievaulx 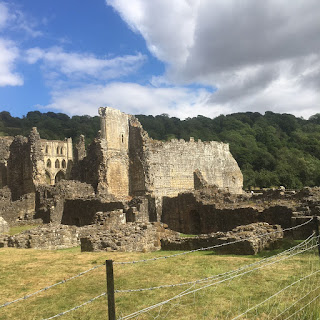 The rest of the abbey, you can see the fence here too 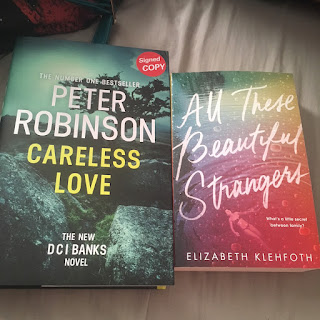 And here's the books I bought!