The middle of July saw York Zine Fest happen for the first time! I'd applied for a table so Lee and I rocked up to The Crescent near the station at 11am. We had a table near the bar which was nice, we got set up and the fest opened at 12. It was really busy and we did really well and made some new friends! It was nice to support it in its first year, I think the organisers did brilliantly and had obviously advertised it loads.

Afterwards, Lee and I went to Giraffe at Monks Cross for tea. Lee had a Malaysian chicken curry and I had a Kati roll, which had cauliflower and chickpeas in a nice spicy sauce. We shared some ice cream for dessert. Then Lee took me into York to meet Jacqui and Sam at the Rose Theatre. It's a temporary theatre near Clifford's Tower that's staging a bunch of Shakespeare plays over the summer. Sam and Jacqui had already been to see A Midsummer Night's Dream but I wanted to see Macbeth and it happened to fit in well with the zine fest.

We got to our seats with wine in hand. The play was excellent - Macbeth was good, the actors were all great and the staging was fantastic. It finished just after ten and we got a taxi back to Jacqui's. I was tired as it had been a long day, but I was really glad I'd been to both things. 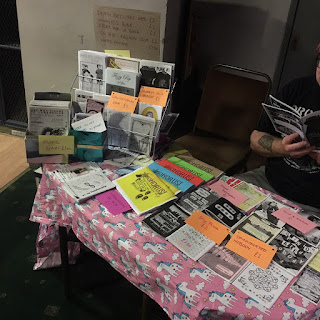 Our stall at the Zine Fest 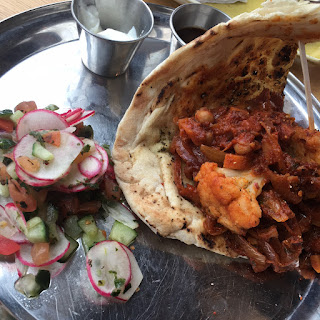 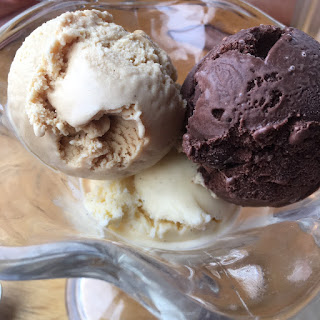 Ice cream! It was just enough 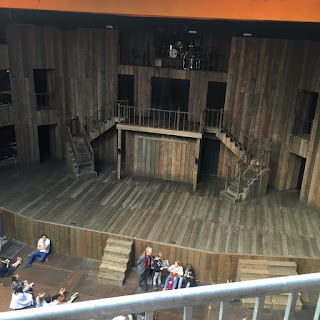 The stage at the Rose theatre 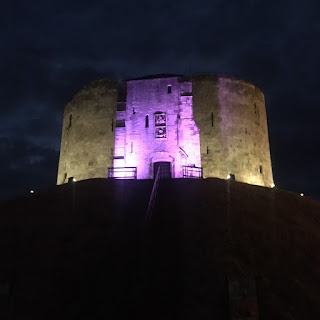 Clifford's Tower all lit up at night 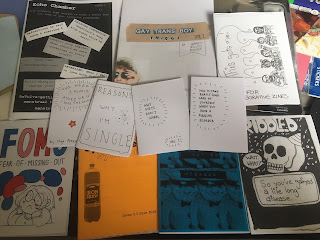 And here's what I bought at the zine fest!