In the middle of September Lee had a couple of days off work so, as we do, we planned some fun things to do. On the Thursday, we were heading to York for my BFF Jac's birthday, but we had the morning free so I suggested we go to Lotherton Hall. It's east of Leeds, not far from York, and I saw that Jo had been there a few times and said there were penguins in the wildlife world. Lee loves penguins, so I've been thinking for a while we should go. We bought our tickets online the day before as that's cheaper, and then we set off from ours at about 10.45. We arrived at the park about 11.15 and the man on the gate told us that they would be feeding the penguins at 11.30, so we parked and went straight into the wildlife park.

There's a gentle slope up to the wildlife gift shop, and then you go through that to get to the main park itself. The penguin pools are the main attraction, and there were quite a few people already there waiting, often with small kids. The keeper came and fed loads of fish to the penguins - it took her about fifteen minutes in total! The penguins are small Humboldt ones and they are SO CUTE. Lee is certain we could bring one home and keep it in the bath.

After the penguins we walked round the rest of the wildlife park. It's mostly birds, but all different kinds, including emus, condors, a ton of owls. It was a lovely day so walking round looking at birds was really nice. There's kind of one way round which is quite helpful, and as you come back through you go past the penguin enclosure again. They were so friendly up against the glass. On the way out we saw flamingos and CAPYBARAS. I love them! They're just big guinea pigs! It's so cute! They were sunbathing. There were also some kind of Filipino wild hogs, they were cute too.

We were in the wildlife park for about an hour and a half. Your entrance ticket also gets you into the house, but we didn't really have time to see that, and there's a deer park on site too and a hide to watch them from. It's not a bad price (£8 on the door, £7.50 advance) for all that.

We went into the stable yard to the cafe for some lunch. There aren't tons of options but it's nice, freshly cooked food. I had a roast vegetable and goats cheese roll on a ploughman's lunch, which was lovely. Outside, we had spied an ice cream van so we each got an ice cream and then set off to York.

I'll leave what we did in York for my next time, but here's the wildlife park pictures: 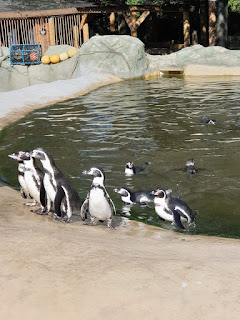 Penguins! Look how tiny and cute they are 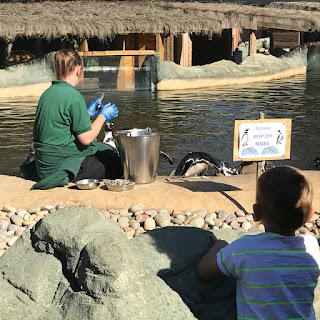 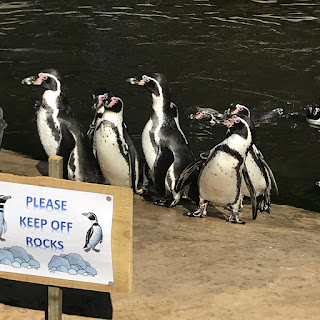 They also don't care about your signs 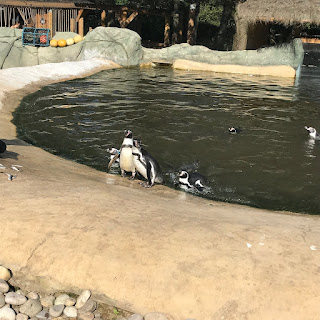 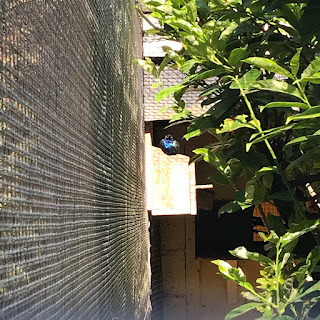 I tried to get pictures through the bars of lots of birds, but sometimes failed 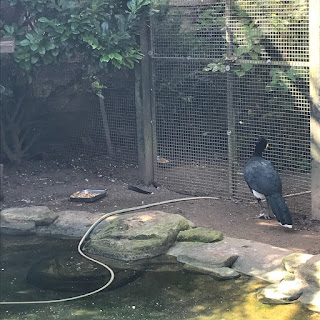 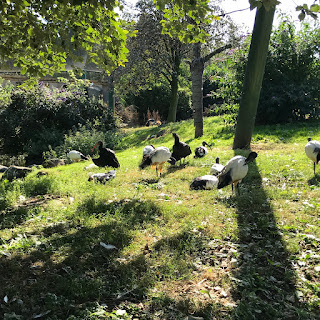 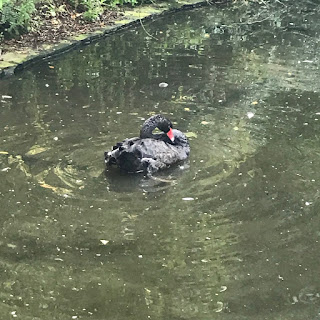 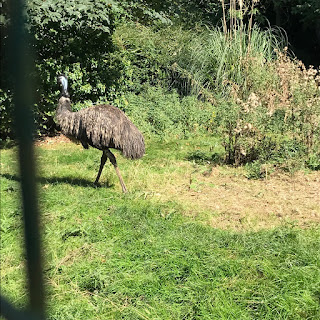 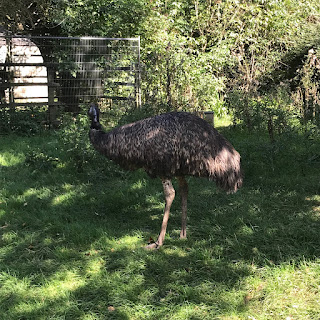 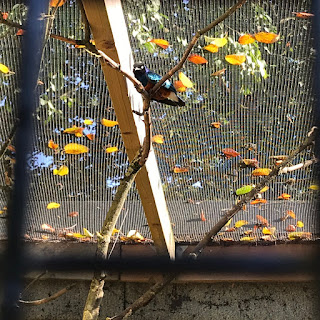 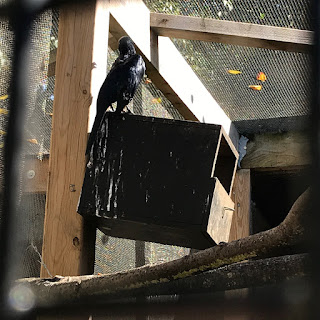 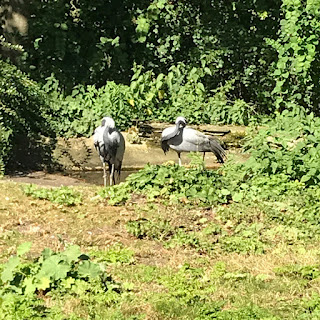 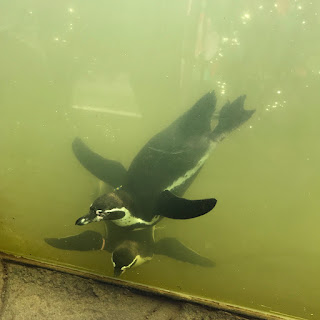 Penguins again! They kept coming over to the glass, it was lovely 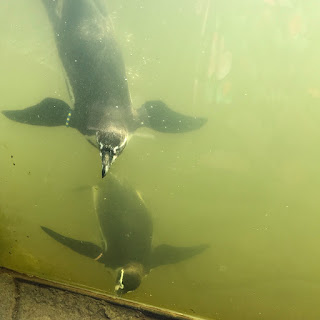 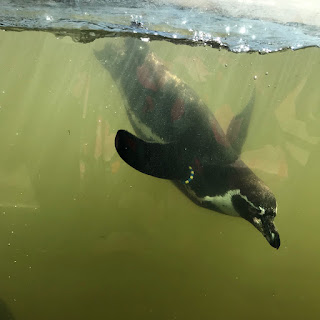 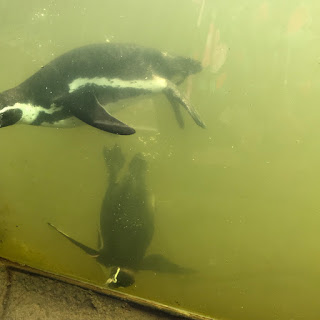 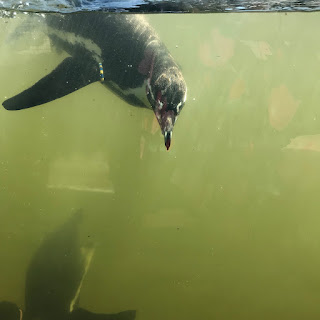 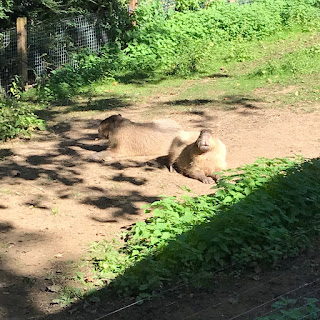 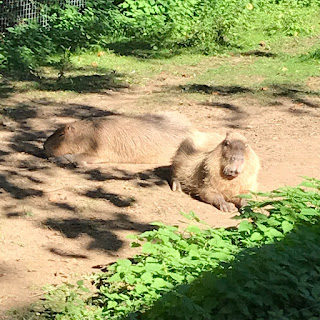 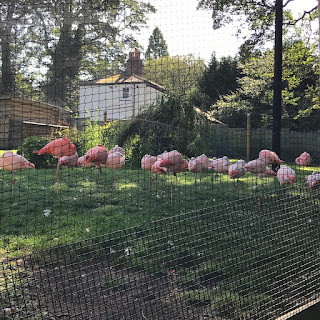 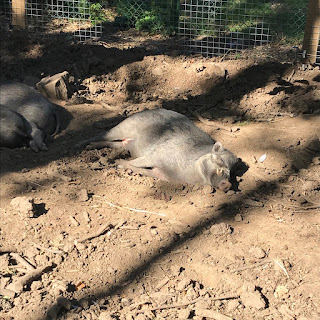 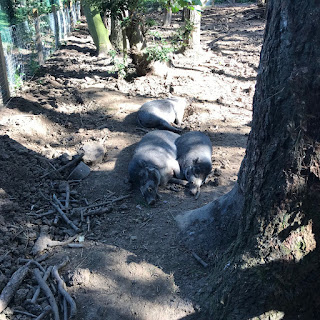 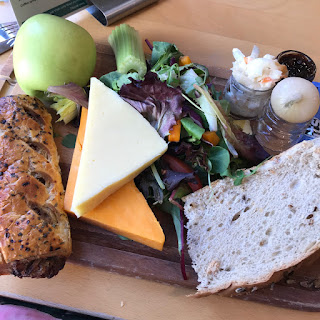 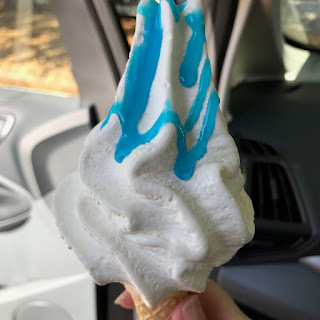